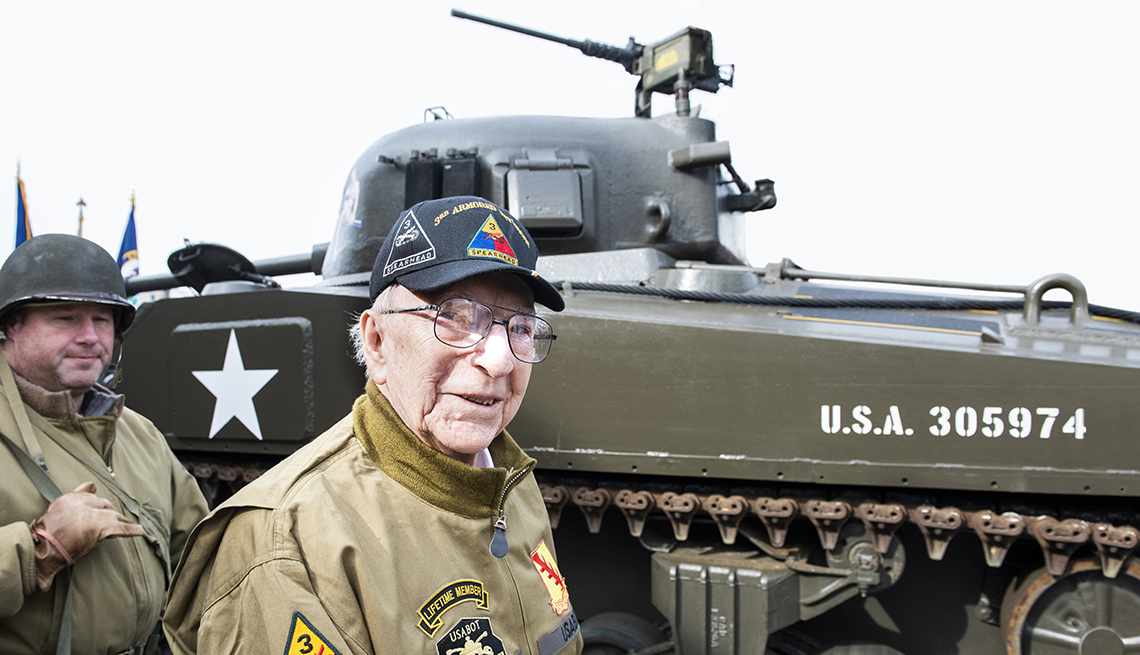 After the war, he was more than happy to return to civilian life.

Only in recent years did the retired industrial processing plant supervisor dream about taking one more ride in an M4 Sherman tank like the one in which he served his country.

"It's more than just a machine,” he told his biographer, Adam Makos. “I owe my life to that tank."

So Makos, who has written a book on Smoyer's tank division titled Spearhead, planned a surprise. One morning in February 2019, Smoyer was at home in Allentown, Pennsylvania, when he heard a rumbling sound outside.

Smoyer, 95, opened his front door to find a rented Sherman tank idling at his doorstep. Behind it were more than 100 friends, family and neighbors.

A police honor guard stood at attention before him. WWII reenactors saluted.

As firefighters leaned a ladder against the machine, the crowd hushed.

Would the nonagenarian be able to clamber up? His first steps drew cheers and applause.

When he reached the turret, the crowd roared. Smoyer stood tall, snapped a salute and held on to the turret as the tank rolled forward and his dream came true.