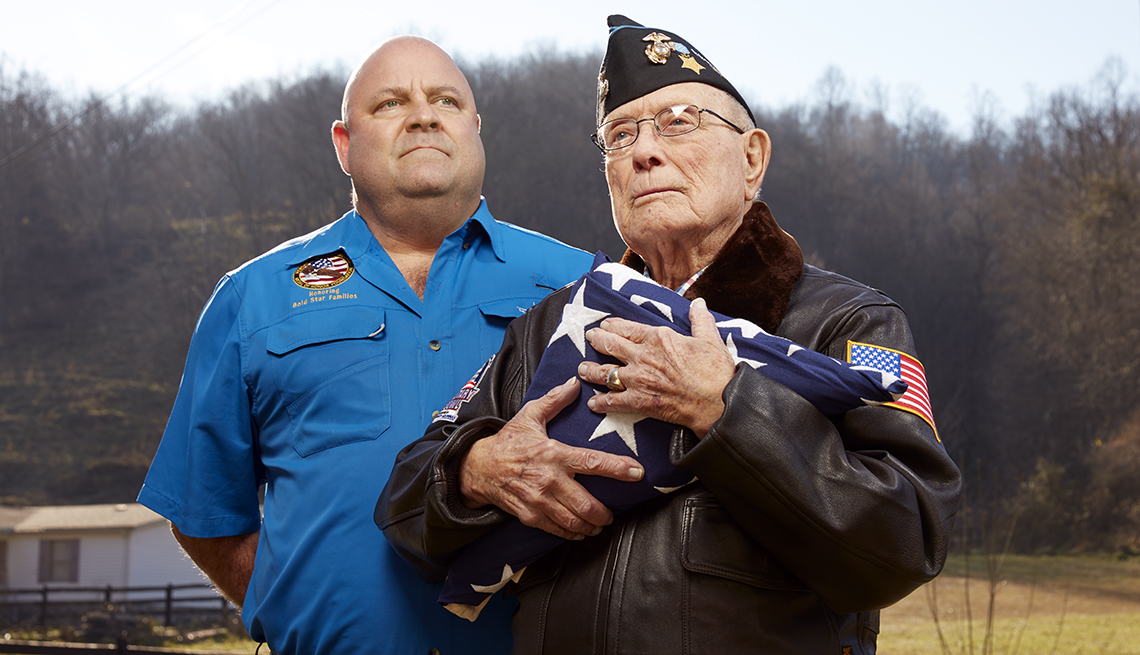 Hershel “Woody” Williams, right, 95 at the time of this photograph, is pictured with grandson Brent Casey, 50.

For some families, serving America is in the blood, and it passes from generation to generation.

Hershel “Woody” Williams was awarded a Medal of Honor in World War II and is proud of his grandson Harry Casey, who was an Army medic in Desert Storm. Larry Bailey Sr., a 30-year-Navy vet, understands the challenges faced by his son Larry Bailey II, a former U.S. Marine severely wounded in Afghanistan.

Leon Burgess’ service in World War II inspired six women — his daughters and granddaughters — to join the military. And Gumersindo Gomez saw combat as a soldier in Vietnam, then saw his son Giovanni serve in Iraq. They share their stories of duty, honor and sacrifice.

Hershel “Woody” Williams, now 96, of Ona, West Virginia, is one of four surviving Medal of Honor recipients from World War II. In 1945, the young Marine used his flamethrower to wipe out several Japanese pillboxes in an assault on Iwo Jima, a battle 75 years ago that lasted from Feb. 19 to March 16, 1945.

Woody’s grandson Brent Casey, 50 at the time of this interview and son of Air Force veteran Harry Casey, served as an Army medic in Desert Storm, the Persian Gulf War.

Woody: When Pearl Harbor happened, I’d never heard of Pearl Harbor. I really didn’t know much about what I was getting into.

In the Marines, the emphasis was that we must win this war and we are going to win it. Everybody supported the cause because we knew it would take the whole population to win.

Women were working in factories, building airplanes and tanks and trucks. There was nobody I ever heard of who didn’t support the cause. 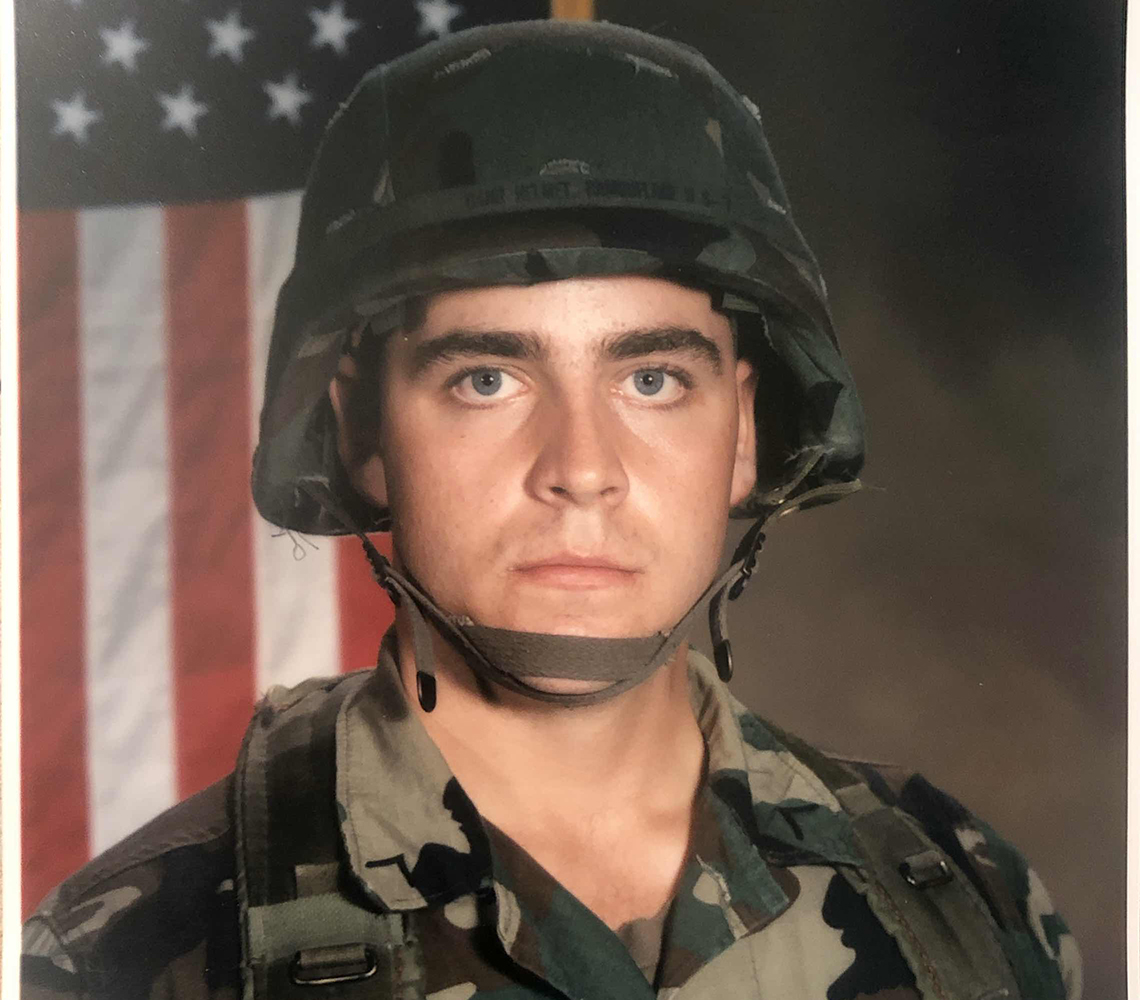 Brent: I’m the only one of five kids who went into the military, as a medic in the Army. My father and grandfather being in the military certainly played a role in my decision.

I wanted to serve my country and see the world. The college benefits, which I definitely capitalized on, also attracted me. I was due to get out in September 1990, but when Saddam Hussein invaded Kuwait in August, I was no longer getting out.

I knew Iraq was over there somewhere around Saudi Arabia. In the Gulf War, Saddam Hussein and Iraq were basically going into Kuwait and wiping it out and making the country theirs. In my mind, that’s not how the world works.

On war and fear

Woody: When we were getting ready to go overseas to fight in World War II, we didn’t know enough to be scared. Once we got there, was there fear? Absolutely.

I think anyone who has ever had the experience of war feels fear. But they tried to teach us that if fear takes control of you, you are useless.

I never permitted myself to think that I was not going to come home.

Brent: I was with the 82nd Airborne Division in Iraq, and my unit had Sheridan tanks. Our tanks had GPS and night-vision goggles. Iraqi tanks did not, and I wish I had known that at the time, because I wouldn’t have been as frightened.

In Iraq, our tank units ended their push at the Highway of Death, a six-lane highway where miles of trucks and tractors and tanks, bumper to bumper, were just burned in place, along with the people in them, by our Air Force. I still see it. It’s the sight and the smell. That’s the tough part. 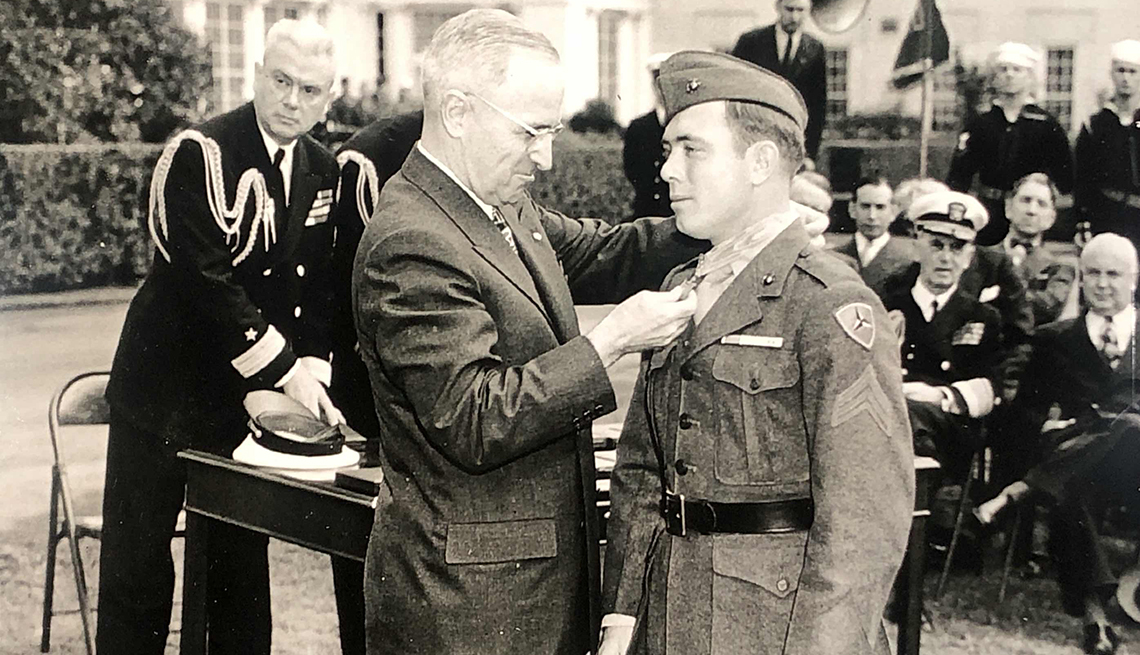 Courtesy of the Hershel "Woody" Williams Medal of Honor Foundation

Hershel “Woody” Williams gets the Medal of Honor from President Harry S. Truman in 1945.

Woody: In 1945, I was told that I would be going to the White House to receive the Medal of Honor [for his flamethrower attack on Iwo Jima]. I didn’t know what it meant.

Going to the White House? It was very — I can’t use any other word — scary. When I was called to go up to President Truman to receive the medal, and he put the ribbon around my neck, my body was shaking.

And I didn’t understand why they were doing this. I had been doing what I was trained to do. It was just part of my job.

In 2013, the family launched the Hershel Woody Williams Medal of Honor Foundation. Woody and Brent crisscross the country raising money for and dedicating monuments to Gold Star families, those who have lost a loved one in military service. As of February 2020, 60 monuments had been built; 68 more are in the works.

Woody: I’ve been to every monument ground breaking, and it feels like divine intervention that we’ve had the opportunity to do this.

Editor's note: This story, originally published April 5, 2019, has been updated to reflect the 75th anniversary of the Battle of Iwo Jima and additional monuments for Gold Star families.

NEXT: The Bailey Family 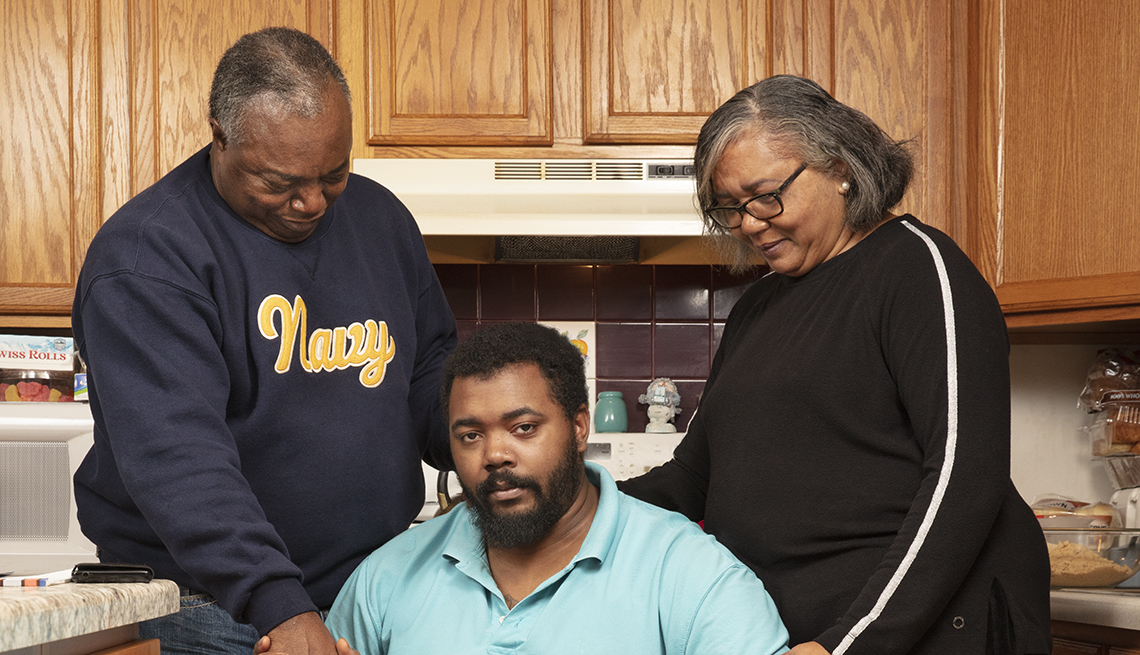