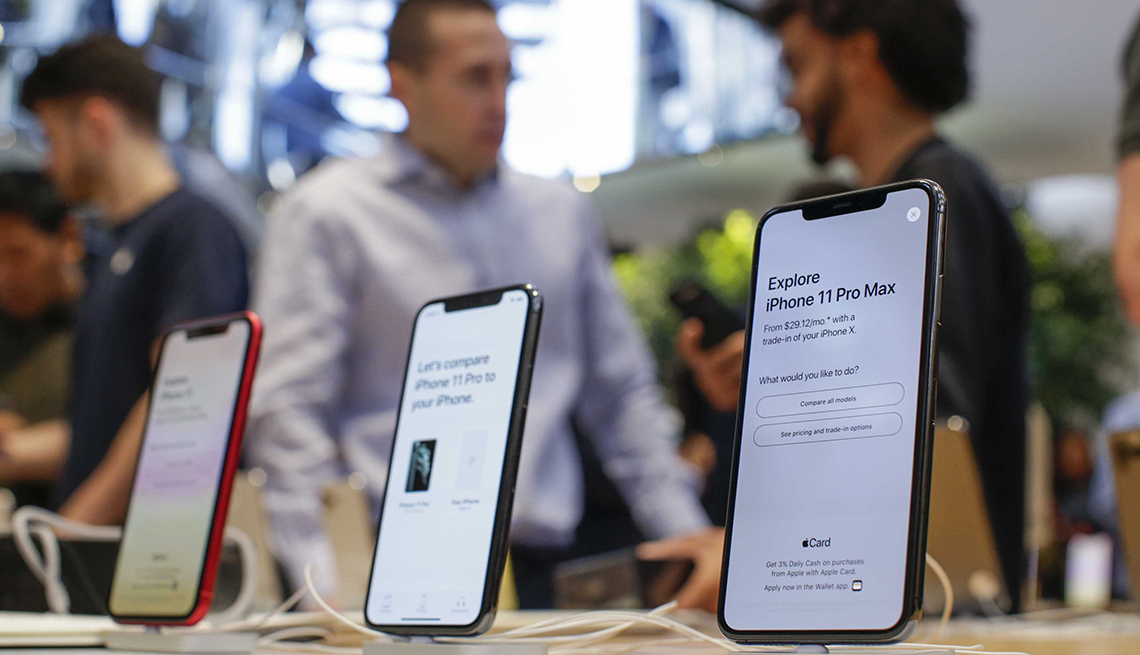 To upgrade or not to upgrade, that is the question many a smartphone owner has mulled.

After all, an older device may struggle to run the latest apps optimized for newer hardware. Or you might find your phone doesn't keep its battery charge as long as it used to. Or perhaps your screen has cracked, and you keep putting off fixing it.

Regardless of the reason, if your smartphone has seen better days and it's something you rely on daily, perhaps now is the time to invest in something shiny and new. The good news is you don't need to pay upwards of $1,400 for a Samsung Galaxy S20 Ultra 5G or up to $1,500 for an Apple iPhone 11 Pro Max.

You can score a great device for less than a third of that or even less if you're willing to trade in your old smartphone, as many carriers and retailers offer. Just remember to properly delete your data first. Sure, you may be sacrificing a few features for the less expensive models, but you just might be surprised at what you can get without taking out a second mortgage on your home.

Before we discuss a few smartphone options that won't break the bank, some conspiracy theorists claim smartphone manufacturers purposely make your old devices stop working so you'll be forced to buy a new one.

This isn't true. Companies such as Samsung, the largest smartphone maker in the world, and Apple, No. 3 last year behind Chinese manufacturer Huawei, wouldn't benefit from a practice that would taint its brand by crippling their users’ experiences. Not only could this lead to bad press and negative comments on social media, but unhappy customers might switch brands.

That said, in late 2017 Apple admitted it used software updates to slow down older iPhones because the devices, which have older lithium-ion batteries, could randomly and suddenly shut down. Consider slower performance the lesser of two evils, if you will.

Still, Apple agreed to pay up to $500 million to owners of the iPhones as part of a class-action lawsuit. Plus the company offered battery replacements for $29 instead of $79 each. Apple also has set up a support page with tips to maximizing the battery performance of your iPhone.

Samsung also maintains that “planned obsolescence” is not part of its design philosophy and that its upgrade cycle is becoming longer and longer; therefore, people don't need to upgrade as often as they used to. Like Apple, Samsung says it continues to support older phones with regular operating system updates and monthly security patches.

If you don't have a lot of money to spend on Apple's top-of-the-line iPhone 11 family, the iPhone SE is a desirable alternative for as low as $399. The iPhone SE borrows many of the iPhone 11's features, including a stellar camera that also can shoot well in low light; 4K video at a smooth 60 frames per second; the A13 Bionic chip, billed as the fastest chip in a smartphone; and access to Apple services such as Apple Arcade, Apple Music, Apple TV and countless apps.

Also worth noting are the myriad accessibility features with iOS, Apple's mobile operating system, including a built-in screen magnifier, text to voice that reads content to you and support for iPhone-certified hearing aids.

What you sacrifice is screen size. iPhone SE is a smaller device at 4.7 inches with an LCD screen instead of the iPhone 11 Pro's superior OLED display. It also still has a physical Home button with Touch ID like older iPhones. The Pro and Pro Max have 5.8- and 6.5-inch displays respectively.

Samsung has three main families of Galaxy-branded phones: the A Series, which offers core features at a lower price; the flagship S Series and Galaxy Note that include a stylus pen; and advanced, cutting-edge devices such as the Samsung Galaxy Fold and Galaxy Flip Z, both of which feature foldable screens.

Samsung says its mid-tier Samsung Galaxy A50, now on sale for $179, was one of the best-selling phones in the world last year, followed by the improved Galaxy A51, from $229, and Galaxy A71 5G, $479. Photography fans who pick up a Galaxy A51 or A71 still can benefit from sought-after camera features found in the pricier S20, such as Single Take, which automatically captures up to 10 seconds of footage with a wide range of capture modes like Boomerang, Smart Crop, video and AI filter. Then you can revisit the clips in the Gallery app and choose the ones you like best.

Galaxy A51 and A71 users also have access to the same smart search bar in the app tray of the S20, which gives you many predictive options while typing a word or two, such as relevant Apps, Settings, Quick Panel and Contacts search results.

Marc Saltzman has been a freelance technology journalist for 25 years. His podcast, Tech It Out , aims to break down geek speak into street speak.

How to properly remove your data from your old phone

Before you donate, recycle or trade in your old phone, it's absolutely critical to properly wipe your data clean. Simply choosing to “restore” or “factory reset” your device will work — if it's encrypted.

For Android users, if your existing phone runs Android 6.0 (Marshmallow) or newer, your data will already be encrypted by default. So, you're good there.

If you have an older Android operating system, you'll want to add encryption that will require a PIN or password to access your data. In most cases, go to Settings | Security & privacy | Encrypt phone.

This process can take a while to complete, so be sure to have your phone plugged into an outlet. On a Samsung Galaxy, you'll go to Settings | Lock screen and security | Protect encrypted data.

You'll have the option to encrypt the SD memory card as well if your phone takes one and you have it installed. But you should remove this external storage anyway if you're giving away your phone. Be sure to also sign out and then delete your accounts, such as Google and Samsung on a Galaxy device, just to be safe.

Now go ahead and do the factory reset, which is usually found in the Reset tab in your Settings section. Or do a search for the word “reset” and it should take you to the correct section.

For an iPhone, iOS 5 or later also includes hardware encryption when you set a passcode. This makes it difficult for anyone who tries to recover your data.

First, be sure to turn off all services, starting with Find My iPhone — Settings | [Account Name] | Find My, and then signing out of iCloud completely. Now choose Delete Account. Sign out of other services, such as Apple ID and iMessage.

Now start the wipeout process by going to Settings | General | Reset | Erase All Content and Settings.