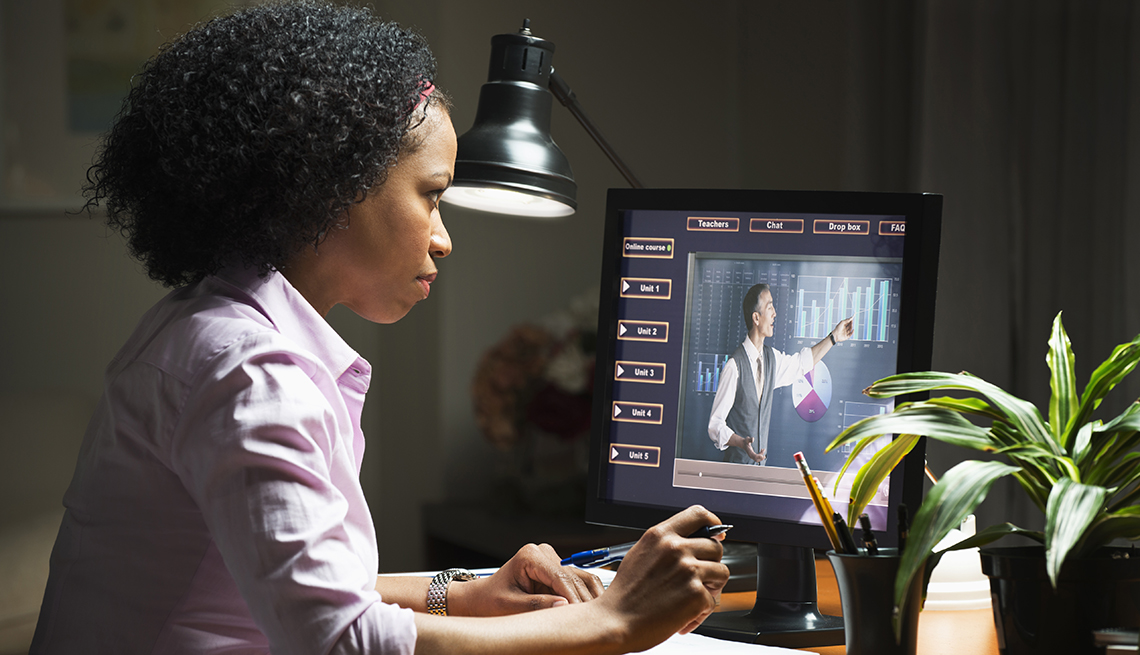 More than 160,000 people took Stanford University's 2011 course on artificial intelligence from the comfort of their own homes. Yale's most popular class in its 317-year history, “Psychology and the Good Life,” is now open to non-Ivy Leaguers. So how are over 101 million people worldwide getting access to curriculum once reserved to students paying high-cost tuition? It's called “massive open online courses” — more commonly known as MOOCs.

These free and relatively low-cost e-learning classes offer education on an expansive array of subjects. There are close to 12,000 MOOCs on topics ranging from digital photography to paleontology, according to Class Central, which has a searchable database of MOOCs and tracks trends in this area. Content can vary, but in general, each course will have a video of the lecturer speaking, related reading, quizzes and an online discussion forum.

MOOCs were initially offered by universities that wanted to openly share their courses with a mass audience. Now, more than nine hundred universities — including prestigious institutions such as Harvard and MIT — produce these courses, according to Class Central. Nonprofits, trade groups and companies such as Google and Microsoft have created MOOCs as well.

MOOCs are ideal for knowledge-seeking older Americans, says Laurie Pickard, partnership lead at Class Central. These courses enable workers to learn new skills that could fit in with their existing jobs, as well as explore potential avenues for second careers. At the same time, hobbyists can get in-depth information on a wide array of areas such as writing, art and design.

Adult education and online learning is not new (and neither are MOOCs, which started to really gain traction in 2012), but now with high-speed internet available almost everywhere, distance learning is exploding.

“It's like the opportunity that you can get if you live in a college town,” Pickard says. “If you're a retiree, a lot of times you can audit classes and sit in the classroom with the people who are taking those courses for credit. (With MOOCs) there's an opportunity to be in university-caliber courses and just satisfy a love of learning on really any topic imaginable."

Pat Bowden, 61, discovered MOOCs in 2012 after retiring from her job as a member relationship adviser with a credit union. She's since taken more than 100 courses, including Stanford University's Computer Science 101, University of Pittsburgh's Nutrition and Physical Activity for Health, the California Institute of Technology's The Science of the Solar System and the University of Tasmania's Preventing Dementia.

She created the website OnlineLearningSuccess.org to educate others about internet-based education and does some part-time work for Class Central.

Bowden didn't expect her online dabbling to lead to so many new opportunities.

For home & family advice, get our monthly Lifestyle newsletter.

"I was looking for something to do in retirement and it built from there,” she says.

She's gained a wide array of skills — including those from a course on how to reason and argue — which was taken “much to my husband's amusement,” she says.

Most MOOCs aren't distributed by the content producers or universities. They are instead available via online learning platforms such as Coursera and edX. Coursera has more than 3,200 available courses and edX has roughly 2,400.

Course time can vary. Individual MOOCs could take one week or 16 weeks, according to Class Central. Most are in the four- to-six-week range.

In the early days of MOOCs, they were mainly free and taken at once by large groups — hence the terms “open” and “massive” in their moniker. But they've evolved.

While it's typically still free to view the video lectures, certain elements – such as getting access to quizzes and having assignments graded — can be behind a paywall. Also, for an extra fee, some providers offer credentialing, such as certificates or even a full degree.

MOOCs can run on set schedules, but many can be done at your own pace.

"You can do it from wherever you are in the world at whatever time you like,” Bowden says. “If you are an early riser, you can get up and watch videos, or you can do it in the middle of the night."

And there's no long-term commitment. “If it's too basic or too hard, you just drop that course and try another one out to find something that suits you,” she says.

While completing a MOOC is often an individual effort, there can sometimes be a “community feel” as well, says Curt Bonk, an Indiana University educational psychology and technology professor and an editor of MOOCs and Open Education Around the World.

For instance, participants can join course discussion forums to weigh in on a certain topic or pose questions. Some instructors also use social media feeds to share information and foster discussion.

At times, learners can meet in person.

"Some MOOCs have places where you can meet,” Bonk says. “Coursera actually has designated Meetup spaces for their MOOCs. You can meet others who have taken it and talk to them about what you're learning. So it doesn't have to be such a solitary experience."

Those interested in MOOCs can use keywords to search for course topics on sites such as Coursera, edX and Udacity, or use the search engine on Class Central.

Class Central also has lists divided into subject matter areas, such as business, computer science and personal development. In addition, it has a ranking of the highest-rated online courses across platforms.

Both Bowden and Pickard recommend the course Learning How to Learn: Powerful mental tools to help you master tough subjects, which is available through Coursera.

"I loved it,” says Bowden. “And a lot of people love it. More than two million people around the world have enrolled."