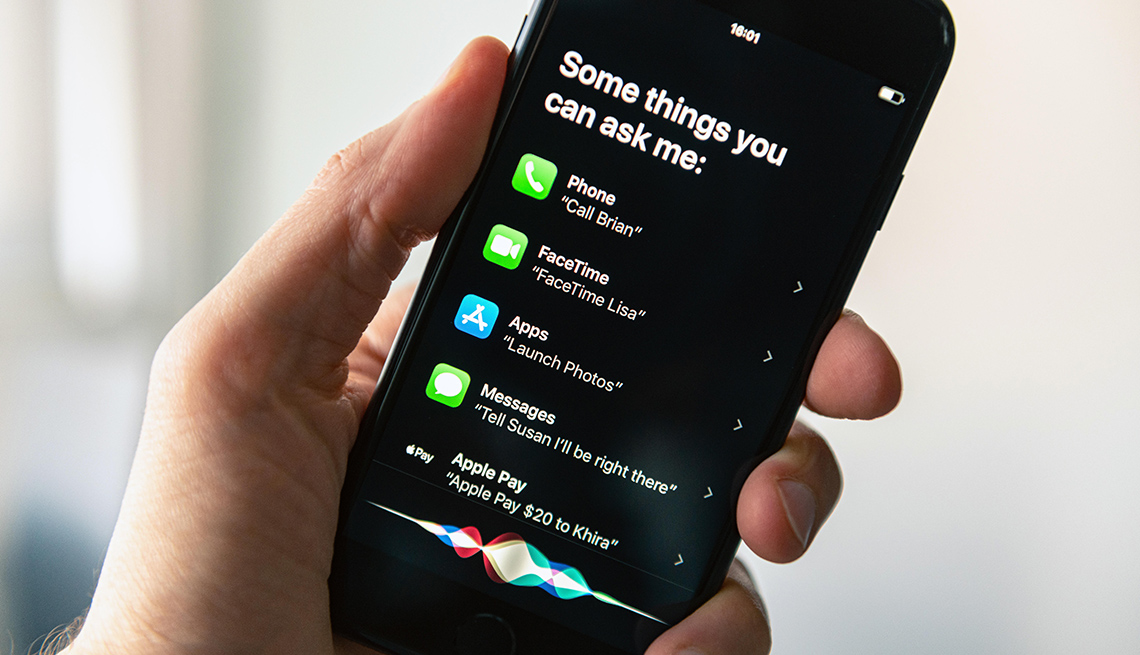 En español | Long before Alexa, Siri was on the scene.

In fact, it’s been more than eight years since Apple introduced its voice-enabled digital assistant, designed to help you interact with your devices more intuitively. After all, what’s more natural than using your voice?

But wait, you say. Siri doesn’t always understand you.

“She” doesn’t seem to do what you’re asking, such as read you a text, set an alarm or lower the temperature of your home’s smart thermostat?

No worries. We can help.

The following is a short primer on the first mass-marketed personal assistant and some tips and tricks to getting the most out of her.

First, here are the basics.

How to activate Siri

Siri has been hanging around on myriad Apple devices — your Apple TV, Apple Watch, HomePod smart speaker, iPad, iPhone or Mac — since 2011, long before the popularity of various smart speakers.

You can activate your personal assistant by saying ,“Hey, Siri,” followed by a question or command. If this doesn’t work, you’ll need to enable Listen for “Hey Siri” in Settings | Siri & Search.

On an iPhone, you also can press the side button on an iPhone X and newer or hold the Home button on older devices to wake her up.

If wearing those trendy white AirPods earbuds, double-tap the outside of either AirPod, wait for the familiar chime and then make your request. With the second generation of AirPods and newer, you also can say, “Hey, Siri.”

Where to find a
voice assistant

You probably have a device that contains a digital personal assistant like Siri. But you may not have it activated.

• 500 million devices. Siri availability as of January 2018, but the company has been mum on numbers since then.

• 400 million devices. Microsoft said in mid-2017 that Cortana was pre-installed on Windows 10 machines. Since then, the company has decided not to compete with Alexa, Google Assistant and Siri.

• 100 million devices. Amazon released numbers in January 2019 for Alexa-enabled devices, which does not include the Alexa app that users can download to their smartphones.

If you wear an Apple Watch, you can raise your wrist to your mouth to activate Siri, too.

When you ask Siri a question — such as “What’s the weather like in Miami tomorrow?” — stop talking after you’re done, and you’ll hear a beep to confirm that Siri is processing your request.

On an iPhone or iPad, you also can tap the screen when you’re done speaking, which speeds up Siri’s response because it confirms that you’re done with your question or command.

Siri then will show you what you asked; type out words you spoke, depending on the app; and answer you back in a humanlike voice.

Depending on what you ask Siri, what you see and hear will vary. Siri might not verbally give you an answer but might open a calendar entry, email message, map or restaurant listing.

However in most cases, you’ll hear and see what you’re asking for.

With a weather question, you’ll see the temperature and forecast and also the answer. Same with a math question: Ask how much an 18 percent tip is on $20; she’ll tell you the answer and display the amount of $3.60.

For a dictionary definition, Siri might say something like, “Here you go” or “This might answer your question” and show you the information on the screen.

Because all requests to Siri are uploaded to Apple’s big computer servers over the internet, it’s not unheard of for the server to be temporarily inaccessible. Siri will apologize to you and ask you to please try again later.

A problem with Siri isn’t an indication of a problem with your iPhone or other device, so don’t fret. Sometimes you’ll get this message while in a vehicle traveling between cellphone towers.

The outage is usually only a couple of minutes, if that, but it’s something you should be aware of. Or your internet connection, which is required, could be interrupted whether you’re using Wi-Fi or a cellular connection.

A few suggestions that work with any voice-activated app.

• Speak clearly. I know this can be difficult to be conscious of, but the less you mumble and more you articulate your words, the better Siri works.

Don’t worry. Siri is remarkably keen on picking up what you say and even what you mean, so you don’t need to speak like a robot. Just be aware you’ll get better results with clearer speech.

• Say your punctuation. If you’re composing email or a notes entry, remember to express punctuation, such as “period,” “comma” or “question mark.”

It might feel silly at first, but the sentences will be typed out for you in a grammatically correct fashion.

• Find a quiet spot. A lot of background noise isn’t great for Siri because it might not be able to pick up what you’re saying very well.

The quieter the environment, the better the digital assistant can understand your instructions.

This might be tough if you’re in a crowded restaurant, driving with the window open or walking down a busy street. So you might need to speak a little louder and closer to the microphone.

Get to know Siri ‘Shortcuts’

Don’t forget: Siri isn’t just a humanlike voice that waits for you to ask a question or give a command. She’s also a powerful virtual assistant with smart “artificial intelligence.”

With Siri Shortcuts, a feature introduced in the iOS 12 operating system, you could have your iPhone or iPad perform several actions by simply saying one phrase. Apple has several for you to try — Settings | Siri & Search | Shortcuts — or you can create your own phrase and tie it to specific actions as explained below.

You’ll simply say “Hey, Siri,” and the personal phrase you created for the Shortcut.

For example, if your phone’s battery is waning, you can create a Shortcut and say “Give me life!” which will dim the screen, turn on airplane mode, turn off sounds and perform other actions to conserve battery life.

Or if you’re about to be pulled over by the police and want video evidence of the encounter, you might say, “I’m getting pulled over,” which then enables the front-facing camera, starts recording a video and sends it someone in your Contacts list.

Siri Shortcuts also work by location. Create one called “Remind Me at Home,” and after you type in your address, which is required only once, whenever you step foot in the door, it will trigger a Shortcut, and perhaps turn on the foyer lights, start playing music you like and turn on the alarm system.

You also can use Siri Shortcuts to unlock Siri’s predictive intelligence.

Siri learns your routines across your apps and then suggests things that could help make your day better. If you’re late for a meeting because you’re not at that location yet, it could suggest you send a text to say you’re a few minutes behind.

Or if you order coffee every day with the same app, Siri might suggest your favorite beverage. You get the idea.

To add a Siri Shortcut, go to Settings | Siri & Search | Shortcuts, then tap the plus sign. To record a personal phrase, tap the red record button and say a simple phrase you’ll remember. Tap Done.

You may also be able to create a Shortcut within your favorite third-party, aka non-Apple, apps, so look for a tab in the app that says “Add to Siri.”