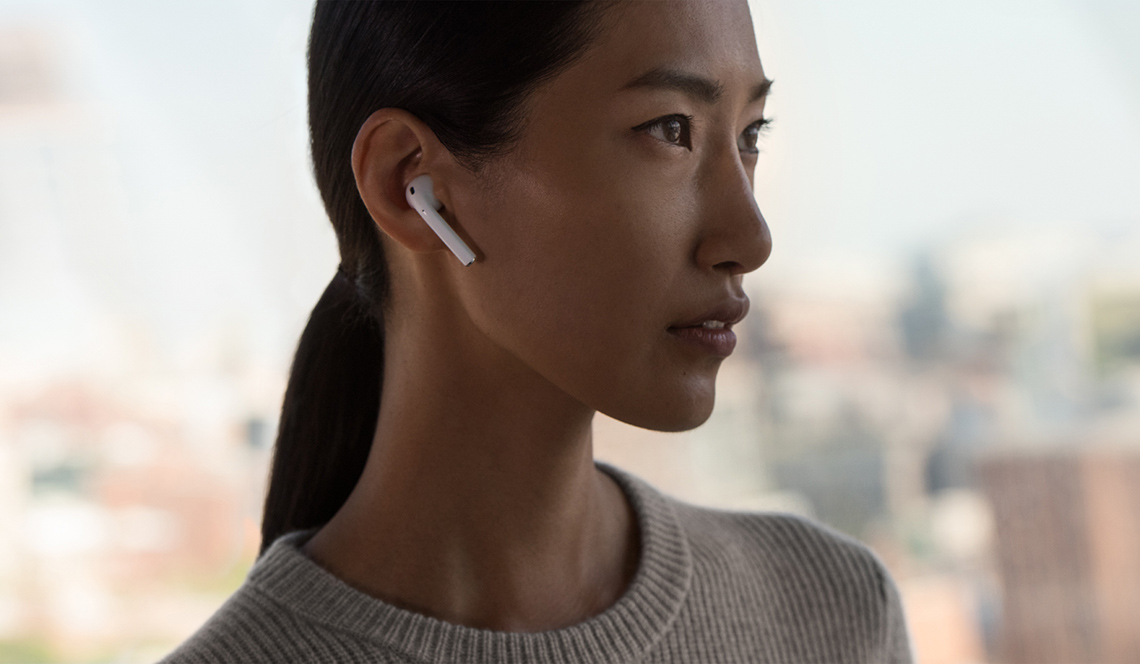 The latest version of iOS, Apple's mobile operating system, will include the Live Listen feature, which enables those with bluetooth AirPods to use their iPhones to hear voices more clearly.

En español | A new feature, first reported by technology-news website TechCrunch, allows AirPod users to enable the operating system’s Live Listen feature, which turns their phones into remote directional microphones. They then may place their phones closer to a speaker to better hear the person's words, an Apple spokesperson said in an interview and follow-up email.

Live Listen, first introduced in 2014, has required the use of “Made for iPhone” hearing aids by manufacturers such as ReSound and Beltone. In 2017, Australian-based manufacturer Cochlear introduced an FDA-approved surgical implant designed for use with iPhones.

But the new operating system will make Live Listen’s assistive technology available to people who normally don’t wear hearing aids but might want help making out others’ voices in certain environments. The AirPods have low audio latency, or delays, so they stay in sync with conversations.

The Apple spokesperson cautioned that AirPods aren’t intended as a replacement for hearing aids, and recommended that people with hearing problems consult an audiologist.

Technology-news website CNET reported that iOS 12 will contain several other features, including a shortcut app that allows a user to program Siri, the intelligent assistant, to perform a series of actions in response to a single spoken command. “Let’s go on a bike ride,” for example, might prompt Siri to bring up a weather map and remind the user to bring a helmet.