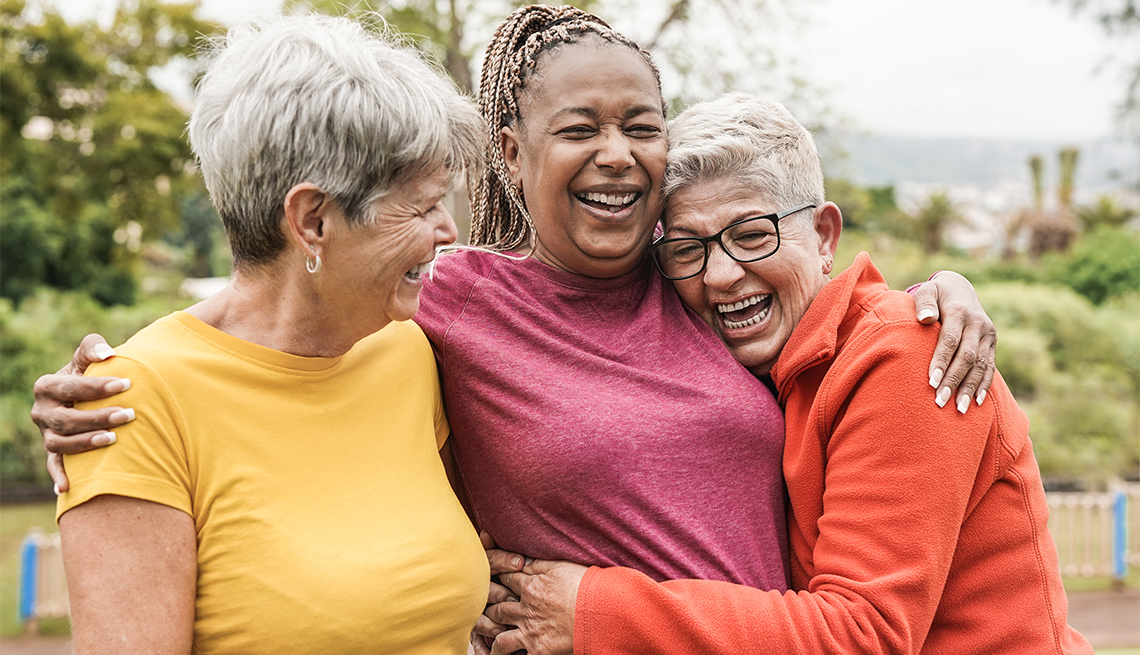 Much like a plant or any living thing, the more care and attention given to friendships, the stronger they grow and the more connected people feel.​

So when COVID-19 came along, and the term “social distancing” became the new norm, friendships were put to the test. Some bonds, because of the pods people formed in an effort to limit virus exposure, grew stronger. Others, after months of limited or no interaction, faded away or were lost entirely.​

​“People were forced to reconcile the value of friendship, because you can really understand the value of something when it’s taken away,” says Marisa G. Franco, a psychologist, friendship expert and the author of Platonic: How the Science of Attachment Can Help You Make — and Keep — Friends. “You can see how that affects you.”​

​A recent AARP survey on friendships among adults 50 and older found that more than half of people say that since the pandemic began, strengthening relationships with friends and family plays a more important role in their lives. ​

​According to Franco, research points to an interesting phenomenon that occurs when people spend time with others. Feelings get amplified, intensifying both positive and negative emotions.​

​At the same time, during the darkest days of the pandemic, “a lot of us felt like we were in a limited emotional range,” Franco says. “We felt blah. I think all of this reveals just how important social connection is for us to feel like we’re at our homeostasis.”​

1. There’s a renewed emphasis on reconnecting​

​The pandemic has changed the way people feel about friendships. The AARP survey on friendships among adults age 50-plus found that 67 percent of those who knew someone who became seriously ill or died from COVID-19, and 59 percent of those who didn’t know anyone who died or was seriously ill, now say that social connections and spending time with loved ones are more important to them.​

​During the early days of the pandemic, Donna Flanagan, 62, who lives alone in San Antonio, thought a lot about rekindling old friendships that had petered out.​

​“That time made me reflect and think about who I hadn’t talked to in a while and wanted to reconnect with,” she says.​

​Flanagan upgraded her Zoom account to allow for longer online meetings with friends and family, and she reached out by phone to her best friend from middle and high school. The friends hadn't been as close starting decades ago, when Flanagan moved from her hometown of Chicago to Texas, and stayed connected only through annual Christmas cards and conversations at high school reunions.​

​While the two don’t talk as frequently now that the pandemic has entered its third year and everyday life is a bit closer to normal, the women text regularly. Flanagan’s childhood friend sends photos and shares updates about her family and some of the people they both knew in high school.​

​“We have so much history,” Flanagan says. “Now, when I go home, it will be, like, ‘Hey, let’s get together.’ I’ve probably been there a million times and not called her in the last 25 years. Now I want to meet her kids and all that stuff.”​

​2. More use of technology to stay connected ​

Zoom, texting, email and other forms of technology have been invaluable during the pandemic for shoring up friendships, says Rebecca G. Adams, 69, a sociologist and gerontologist at the University of North Carolina Greensboro School of Health and Human Sciences. ​

​“The more frequently we interact with people, the closer we feel to them,” Adams says. “People on the wrong side of the digital divide — those who don’t have access to electronic communication or don’t know how to use it — are more deprived.”​

​3. People want to see each other in person

​Despite fears of COVID transmission, people are craving face-to-face interactions. The AARP survey found that more than three-quarters of respondents wanted to meet up in person rather than virtually when it comes to socializing.

​Those surveyed also said they preferred gathering with small groups of friends and loved ones rather than attending big events that might include strangers or people they don’t know well. ​

​In general, COVID’s impact on friendships seems to be based on how close the individuals were before news of the virus broke in 2020.​

​Franco says that when it comes to our most intimate circle — which tends to give us the strongest support — those friendships strengthen during times of increased vulnerability and struggle and, therefore, got stronger during COVID. ​

​Fringe friendships, often built on bumping into each other around town or at shared gatherings, have suffered.​

​“Not only did we lose casual friends, we didn’t have the opportunity to make new ones to replace them,” Adams notes. “My guess is that our networks have become smaller, denser and closer just due to attrition.”​

5. Attitudes toward COVID-19 cost some their friendships​

​The physical distance and separation caused by COVID-19 wasn’t the only factor that strained and, in some cases, ended friendships. ​

​Brian Moffitt, 57, of Rochester, New York hasn’t completely cut ties with one friend he used to see twice a week before the pandemic — but neither does he go out of his way to make plans to get together. Even though he and his friend share the same views with respect to COVID, the friend became so judgmental and angry toward people who responded to the pandemic differently — about vaccinations in particular — that it became less enjoyable to be around him.​

​“I don’t know if he knows I’m treating him any differently, because I’m not cutting him off entirely, but I keep him at a distance more than I used to,” says Moffitt, a clinical engineer. “I don’t really have an interest in doing things with him anymore.”​

​Indeed, as the AARP survey found, in cases where COVID caused a shift in friendships, the change for many was not positive: 28 percent of respondents 50 and older reported that their relationships with friends grew weaker during the pandemic. This was especially true for 50- to 59-year-olds, 34 percent of whom reported weaker connections.​

​In some cases, friendships among men changed because men are typically not as comfortable opening up about their feelings as women, says Geoffrey Greif, a professor at the University of Maryland School of Social Work and the author of Buddy System: Understanding Male Friendships.​

​Greif’s advice to men is to be as communicative as possible without making yourself uneasy. ​

​“You don’t have to get to a point that makes you feel uncomfortable,” he explains, but he asks men to challenge themselves. “If you’re at a level five, try to get to a six, but don’t go to a 10. Ask yourself to move a little bit, but don’t think that all of a sudden you have to share your deepest thoughts and feelings.”​

​Franco, who believes friendship is too often relegated to a second tier, behind romantic connections, is pleased to see the conversation coalesce around what sustains us.​

​“As much as we have been fed the message that we only need one person to complete us, that’s not necessarily true,” she says. “We need an entire community to feel whole.”​ 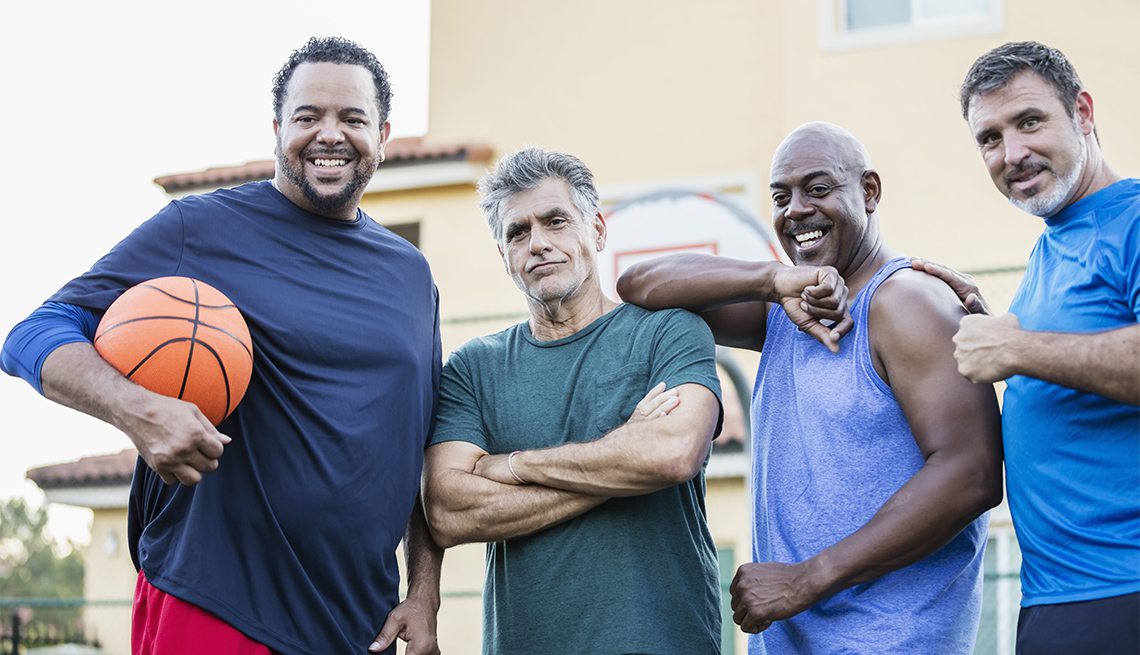 The pandemic shrank social circles, but it might be time to rekindle connections 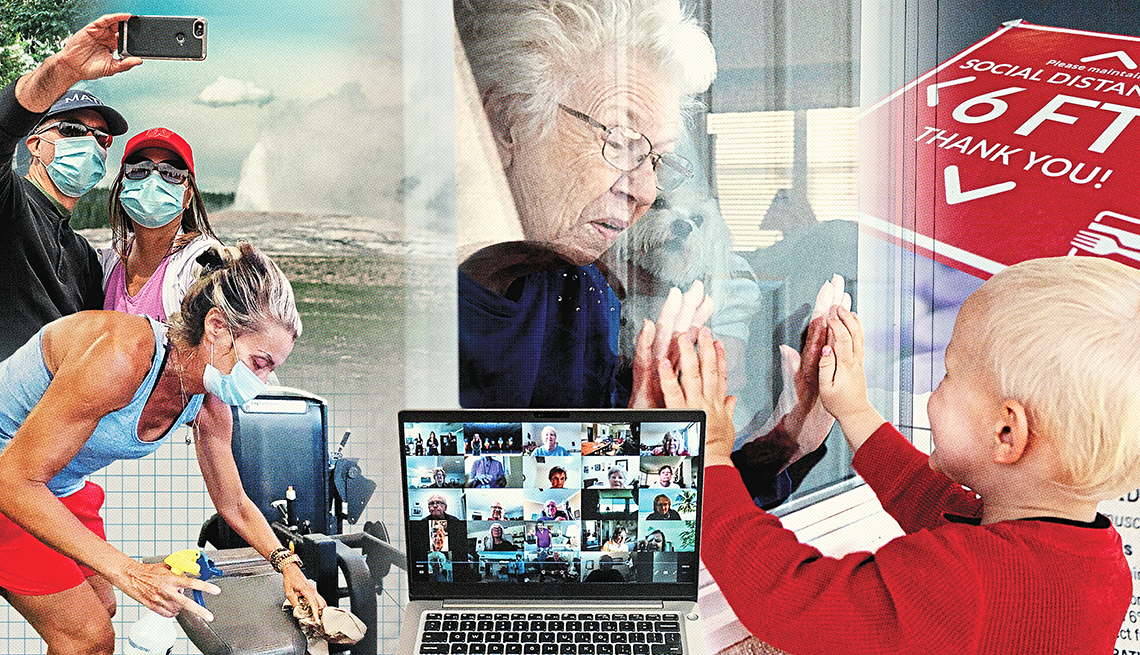 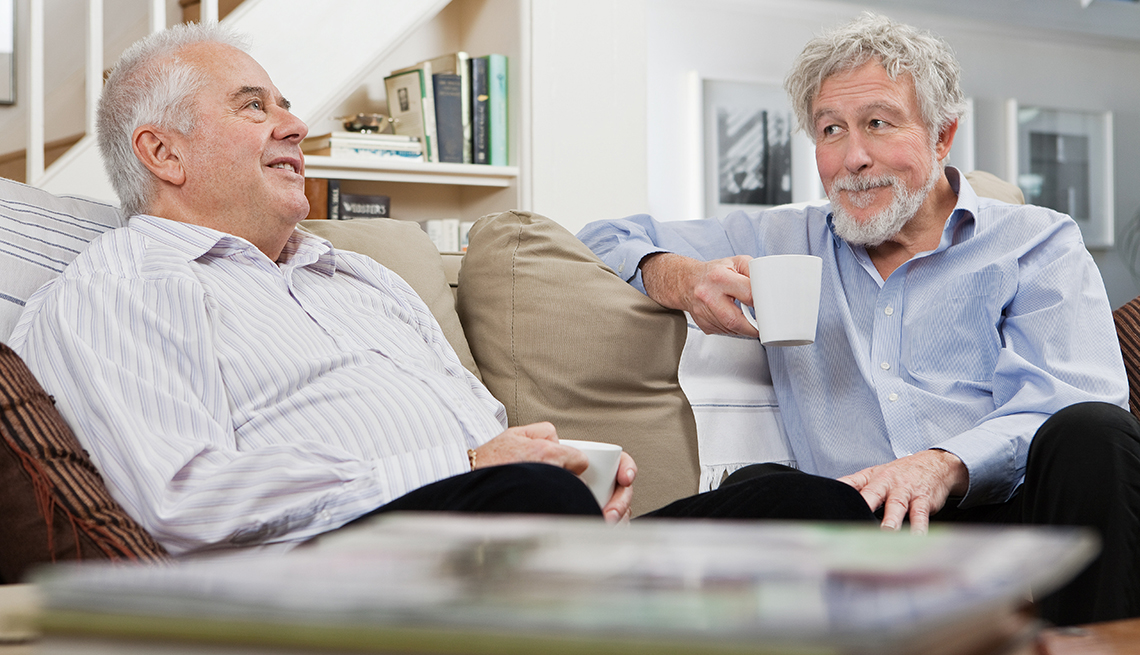 Create Your Own Family of Friends When Solo Aging