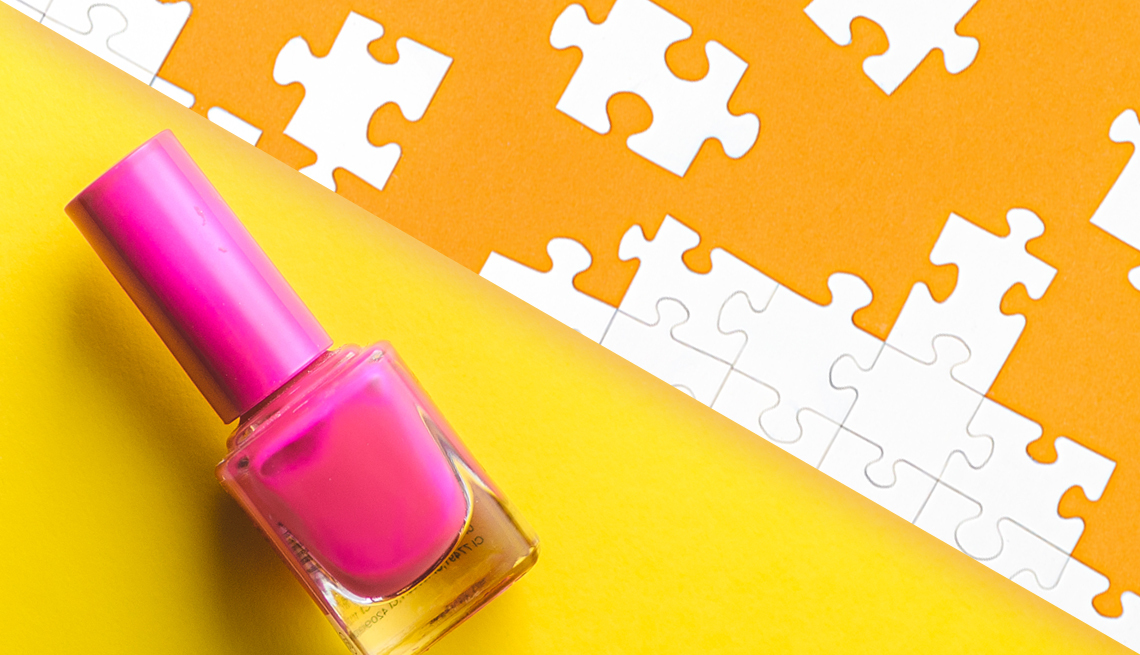 En español | The coronavirus pandemic is wreaking havoc in many corners of the economy, but amid the bust some products and industries are reaping benefits from the massive swerve in how we live, work and shop.

We all know it's a good time to be in, say, videoconferencing, disinfectants or grocery delivery — just ask Zoom, Clorox or Instacart how business has been lately. But beyond the brands that have become nearly synonymous with lockdown life, many specialized products are seeing mini-booms of their own, meeting newly urgent needs from the bathroom to the backyard.

Here are some of the goods hunkered-down consumers are turning to as they wait out the outbreak, according to sales figures, search data and other indicators.

Long common across Europe, Asia and South America, bathroom fixtures that use water to clean the nether regions remain rare in the United States. But with toilet paper scarce, bidets are having a major moment. Consumer interest shot up 300 percent as people explored alternatives to TP, according to Glimpse, a company that analyzes search and other online signals to track product trends.

Brondell, which makes bidet attachments and accessories for toilets, expects to see a 40 percent jump in sales this year, double its typical growth, company President Steven Scheer says. Hygiene For Health, an online seller, was greeting visitors to its website in mid-May with a message that most of its products were sold out.

Bidet advocates view the devices as more hygienic than wiping, and more environmentally friendly — producing toilet paper “is incredibly resource-intensive,” Scheer says. He predicts those messages will continue to resonate when stores are again stocked with Scott and Charmin.

"This is the death toll for Big Toilet Paper,” he says with a laugh. “We've seen this around the globe. There's a reason why 80 percent of homes in Japan have an electronic bidet toilet seat. The more people that use them, they become lifelong users and advocates. There's no going back to paper."

Contagion mixed with isolation can produce a potent cocktail of anxiety and boredom, and while it may not be the best thing for the immune system, many of us are responding with cocktails of our own. Liquor retailers have seen a sales boom since the outbreak began and bars closed, with Americans stockpiling spirits and stores accommodating social-distancing customers with delivery and curbside pickup.

Retail alcohol sales in the eight weeks ending April 25 were up 24.6 percent compared to the same period last year, data company Nielsen reports. Hard liquor (up 33.5 percent) and wine (29.4 percent) have been the main drivers, although beer is also seeing double-digit gains. And the longer the lockdowns last, it seems, the thirstier we get: Sales have continued to rise on a week-by-week basis, Nielsen found.

"E-commerce is a big factor,” says Danny Brager, senior vice president of the Nielsen U.S. Beverage Alcohol Practice. Online alcohol sales in April were up “between five- and sixfold compared to the same periods one year prior,” he says. “This relates to a huge increase in the number of buyers going online to buy, with a secondary increase related to more items purchased per order.”

Baking bread has emerged as another salve for a stressed-out nation (at least that part of it that can still get its hands on yeast), but one that can demand a good deal of time and patience. Hence the surging popularity of electronic bread makers that can produce crusty loaves without all that mixing, kneading and waiting for the rising.

From March 15 to April 18, U.S. retailers sold more than four times as many bread makers as they did during that period last year, according to the NPD Group, a market-research firm that collects sales data from hundreds of thousands of stores and online retailers. Home goods giant Bed Bath & Beyond said it has been moving the machines at a 400 percent faster clip than a year ago. 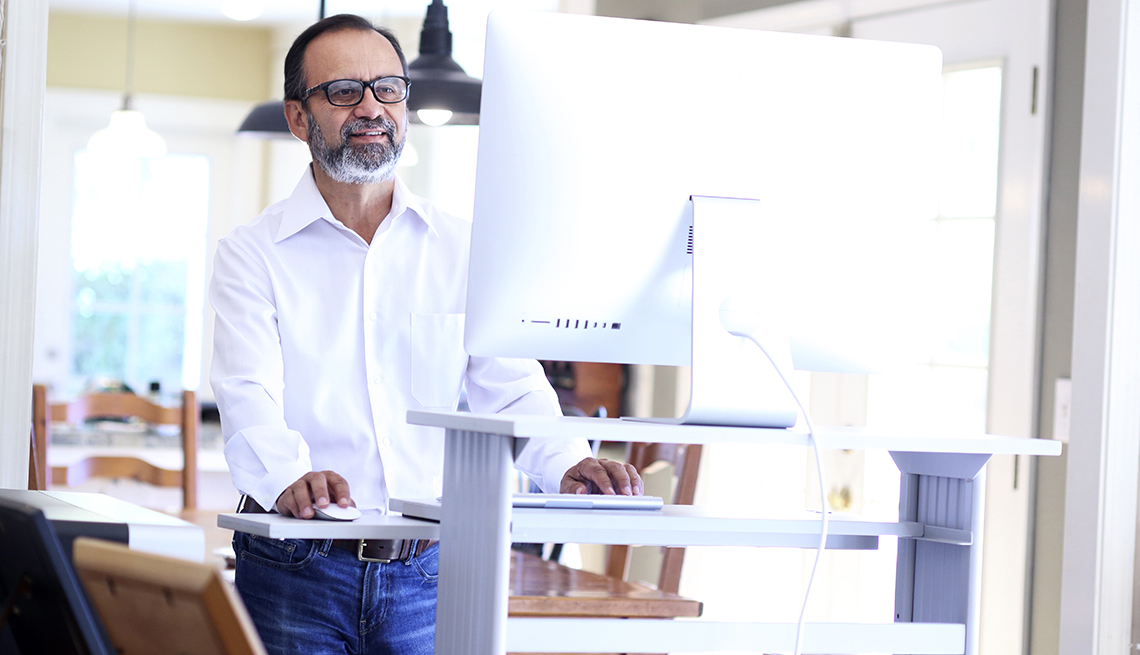 As millions of Americans rushed to set up home workstations, peripherals many might consider unnecessary for casual home laptop use were in high demand. Glimpse's “COVID-19 Consumer Impact Tracker” recorded a 160 percent spike in interest in external monitors in March, and an 85 percent jump for laptop mice.

Ardor for those items has cooled a bit of late but remains considerably higher than it was pre-pandemic. And demand for other items that can improve home-office productivity continued to rise into April, including keyboards, microphones, routers and standing desks, according to Glimpse.

Unable to go to the gym in most parts of the country, many Americans are bringing the gym home, pumping up sales of weights, cardio machines and other workout gear. Retail sales of fitness equipment rose by 130 percent in March compared to last year, according to the NPD Group. Stackline, an e-commerce data company, recorded a 307 percent jump in online sales of weight-training equipment.

"Our sales these last couple of months are breaking records,” says Colleen Logan, vice president of marketing for exercise brand NordicTrack. Pandemic buying is accelerating a growth trend for “connected fitness” treadmills, cycles, ellipticals and rowing machines outfitted with technology for streaming workouts, Logan says, with sales up 600 percent in the company's current fiscal year, which runs through June.

"We know consumers will go back to gyms,” she says, “but it may be months if not years before that returns to normal."

Backyard swimming season came early this year. From mid-March to late April, consumer interest in blow-up pools, as measured by Glimpse, leaped by 447 percent, reaching levels typically seen only in June and July, as parents cast about for ways to keep homebound kids active and entertained.

On its website, the venerable German puzzle and game company Ravensburger quotes an ardent fan about why doing jigsaw puzzles makes him happy: “Bringing order to a pile of chaos can have an incredibly calming and relaxing effect.”

If that sounds to you like a recipe made for these uncertain times, you're far from alone. Demand for jigsaw puzzles has surged to historic highs amid the pandemic, with U.S. sales increasing by 509 percent from March 27 to April 26, according to Criteo.

Ravensburger, which has been in business since 1883, and Ceaco, a major American puzzle producer, both saw sales grow by more than 300 percent in March compared to the same month last year, “and the demand has not let up,” Ceaco President Carol Glazer says. “Even on our internet sales — we're not as strong on e-commerce as we are at retail, but we started getting orders, thousands a day, which is astronomical."

As nail salons shut down, demand for DIY manicure materials shot up. Glimpse tracked a 431 percent jump in consumer interest in nail kits, and Nielsen registered 80 percent sales gains in April for nail treatments and polish remover. The surge led to headlines in fashion media that the so-called lipstick effect — the notion that in down times consumers eschew big-ticket spending but treat themselves to small indulgences — is actually a nail effect.

"We have seen exponential growth in nail color and nail kits, and even greater penetration in nail treatments” such as strengtheners, brighteners and cuticle exfoliators, says Julie Campbell, general manager of clean beauty brand Butter London, which produces nail products and cosmetics free of harmful ingredients or animal testing. The company's direct-to-consumer sales are up 113 percent for the current quarter so far, compared to last year, she says.

The widespread closure of nail salons is a factor in the growth, but not the only one, Campbell says. “Many women are finding that doing their own nails can be soothing and therapeutic,” she says. “The desire for fun, happy moments is critical as we are self-isolating. For many, a simple pop of color on the nail can change the mood instantly."

Editor's note: This article was published on May 13, 2020. It has been updated with additional information on sales of nail products.