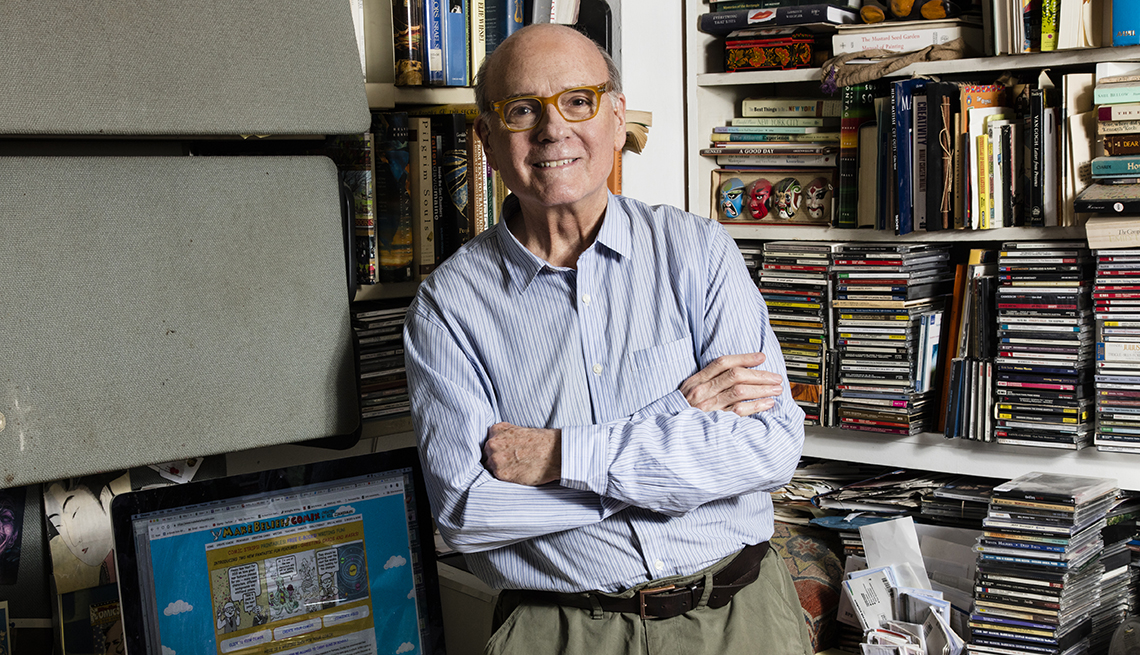 Bill Zimmerman, 78, was an editor at Newsday and American Banker, among other publications.

One of the first things I did after retiring as a newspaper editor was to tack up a postcard of Henri Matisse. It showed the artist in old age, sketching some doves. I remembered other photos of Matisse late in life — in a wheelchair or in bed while recovering from cancer — making colorful paper cutouts, and I resolved to live as creatively and productively as possible in my later years. While I couldn't be Matisse, I could be an artist in my own way.

I took art lessons, relearned how to play the recorder, worked with immigrants to teach them English and returned to school to learn more teaching techniques. I'd always loved the comics pages, and I began to suspect that writing dialogue for comics could motivate schoolchildren and language learners to improve their reading and writing. So I decided to build a website where students could make their own comic strips.

It was a scary process for me; I had very little experience with the internet. I worried about failing — and about losing my life savings and then failing. A friend discouraged me, saying he could see no future in my idea. But my wife, Teodorina, had faith in me, and that kept me going, even as we each faced health problems, including bouts with cancer. There were times when I wasn't sure how I would manage to launch the site. Still, the project gave me something to hope for and something to think about besides our health woes. Work has always been my salvation.

I launched the free site in 2006, and now it gets hundreds of thousands of visits every month. At MakeBeliefsComix.com, users can choose from among dozens of cartoon characters and settings and write their own dialogue and stories. Then they can send completed comics or greeting cards to family members and friends. The site also offers tools — such as e-books that include creative writing prompts — to help young people express their ideas.

Special education teachers have told me that kids with autism use the site to communicate. A grandmother in New Orleans let me know she had used it to make a comic book to cheer up her grandson while he was being treated for a brain tumor. Art therapists in Berlin reported using the site to work with Syrian and Iraqi refugee children, both to teach kids the German language and to allow them to express some of the trauma they had experienced after being forced to flee their homeland. These and similar stories make all the trouble and worry worth it, a thousand times over.

I believe in the Jewish concept of tikkun olam: performing acts of kindness to repair or perfect the world. This website helps me do that. Some days I can't believe how many lives I have been able to touch, just by working from my cramped living room. It shows that no matter how old you are, good things are always possible, as long as you keep a dream in your heart and work fiercely to make it come true.

As told to Paul Wisenthal