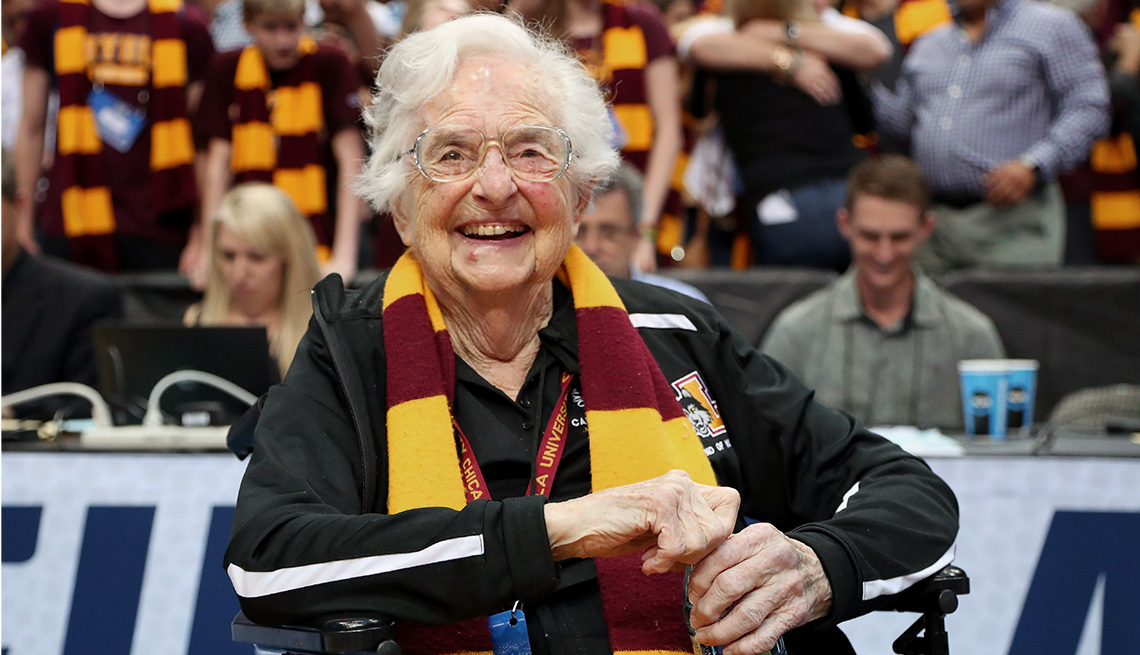 Sister Jean Dolores-Schmidt celebrates after the Loyola Ramblers beat the Tennessee Volunteers, 63-62, in the second round of the NCAA Division I Men's Basketball Tournament at the American Airlines Center in Dallas on March 17.

Sister Jean Dolores-Schmidt has been the chaplain for the Loyola University Chicago Ramblers basketball team for nearly 25-years — and the 98-year-old is considered the team’s lucky charm.

Right now the 11th-seeded team is in the midst of March Madness and has secured a spot in the Final Four of the NCAA Division I Men's Basketball Tournament for the first time in 55 years. By the team's side, game after game, is Sister Jean, and she’s just not their spiritual leader — she knows the game!

"The way she prayed just stuck out," Ramblers guard Clayton Custer told ESPN. "In the middle of her prayer, there's a scouting report mixed in. She tells us who their best players are and what to watch out for. Sometimes she'll pray for the referee to make the right calls.”

While Sister Jean has been around a while, she’s just now becoming an overnight sensation of sorts. After the team’s one-point victory over No. 3 Tennessee on March 17, Schmidt had an interview with the TruTV cable channel and talked about how she prepped the team. “When we were in the locker room ahead of the game, we just knew that we would do this. Our team is so great, and they don’t care who makes the points, as long as we win the game. And I said we want to get the big W up there, and we did.” 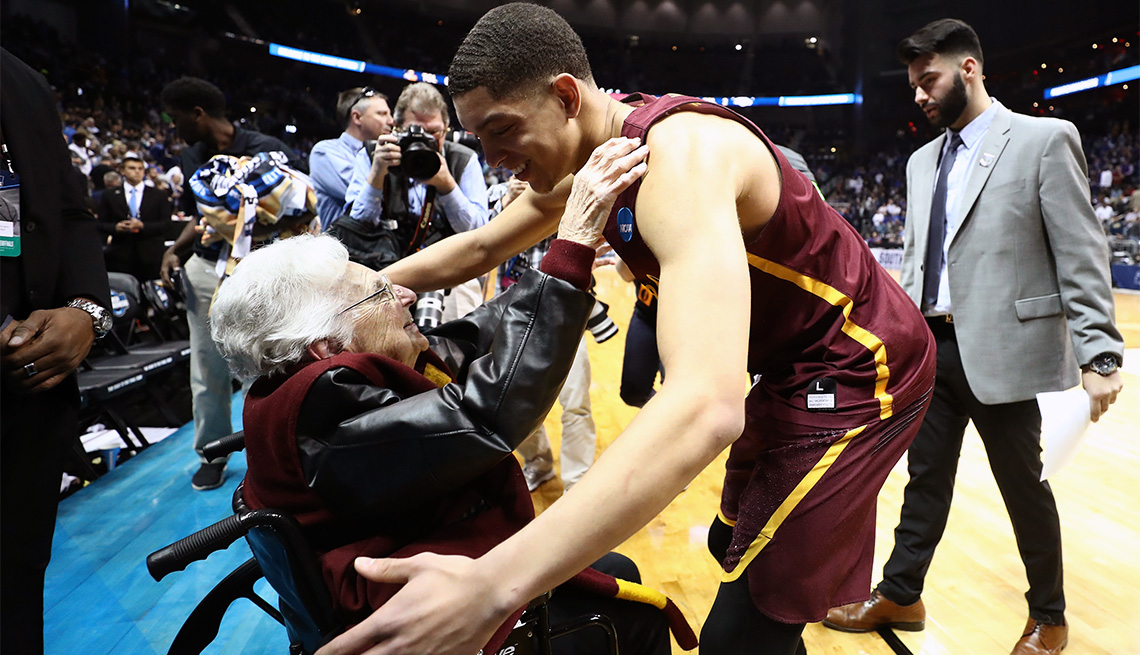 Before becoming the team chaplain in 1994, the nun was an elementary school teacher and later served as an academic adviser and campus minister.

She’s always been a basketball fan, having played in high school. According to the New York Times, she created a full scouting report for Coach Porter Moser on his first day. She also knows the brackets; she picked Loyola-Chicago in the Sweet 16 (but not going all the way). We bet she is praying to be wrong. “Our team is so great,” she says.