A video of a Sarasota police officer’s tearful radio farewell is going viral. Over the weekend, Officer Andre Jenkins went "10-7" — or out of service — for the final time as he's retiring after 30 years of service.

"This will be my last transmission on the radio. I'd like to thank all my SPD family for the last 30 years of being by my side," the Florida cop said, holding back tears while sitting in the driver's seat of a police cruiser. "I've had plenty of good times and a lot of good memories over my career, and I appreciate it. I'll cherish them for the rest of my life." 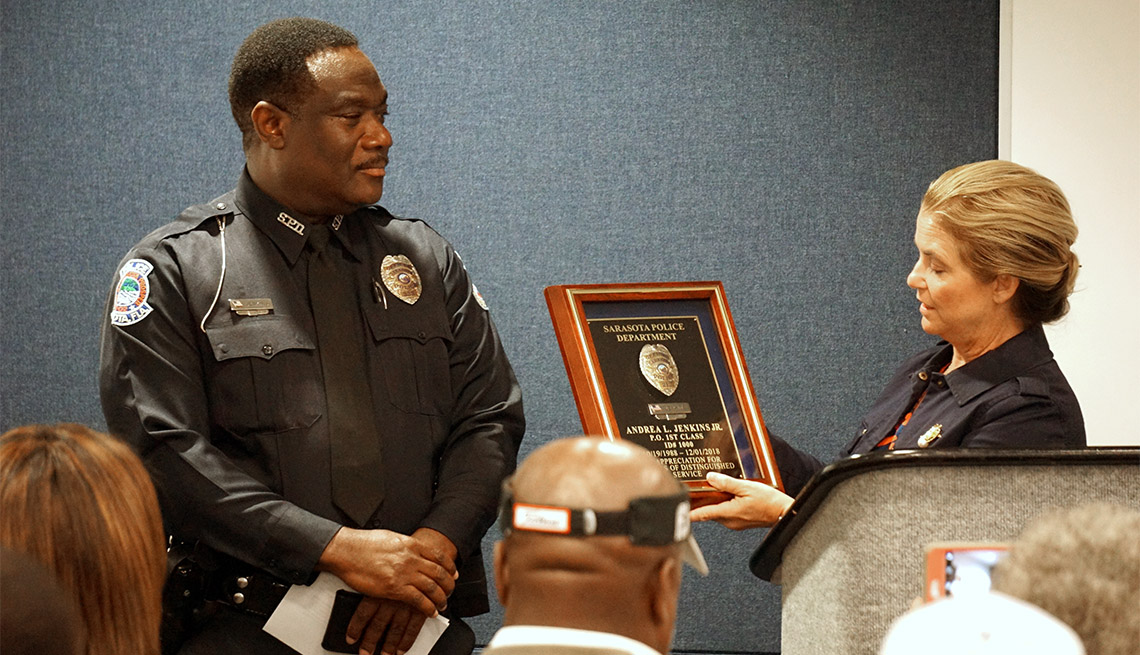 After making the final call, a stream of congratulatory messages poured in from various officers on the other end of the radio. They wished him well and thanked him for serving the city diligently for three decades. The department shared the video, recorded by Jenkins' partner, on its Facebook page, where it had been viewed more than 285,000 times as of Monday morning.

"We might be biased, but the men and women of the Sarasota Police Department have some of the biggest hearts for our community," the department said on its Facebook page. "We love serving, protecting [and] and giving back."

On Twitter, too, the video had been viewed more than 500,000 times and retweeted more than 4,000 times, including by @POTUS, the official government Twitter account of President Donald Trump.