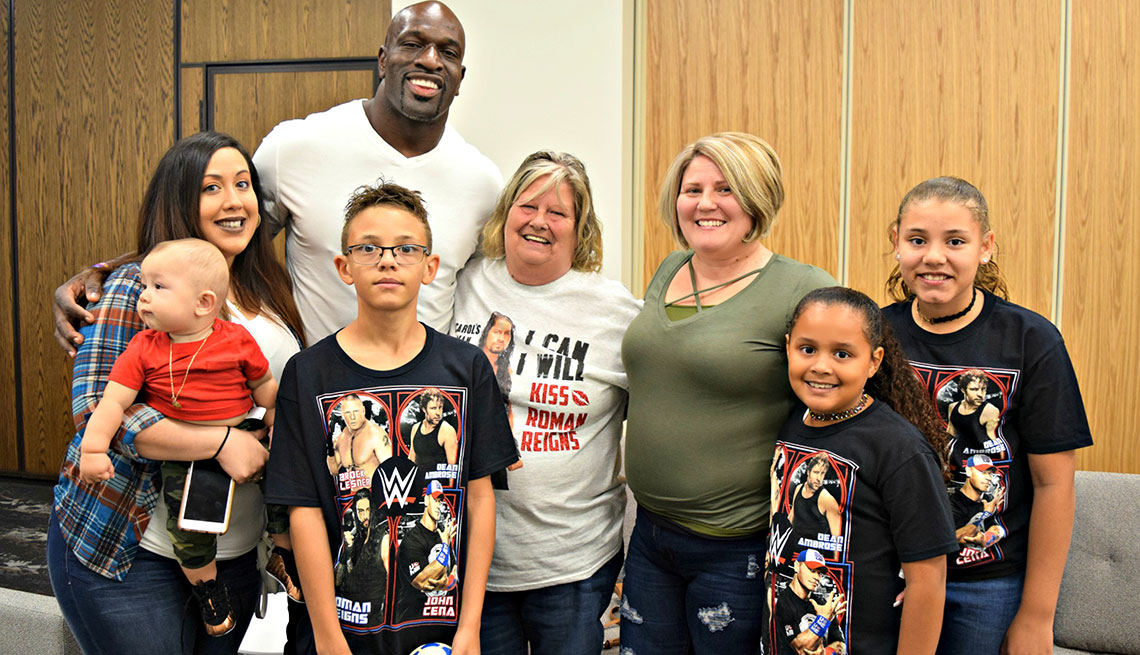 Titus O'Neil and other WWE wrestlers met with four generations of Scardaccis as part of an event for Carol Scardacci, who has cancer.

They might look like tough and mean guys, but several wrestlers are anything but — as they proved to Carol Scardacci, who has terminal cancer.

The mother, grandma and great-grandma is probably the biggest 58-year-old WWE fan you’ll ever hear about. Her daughter tells us they didn’t grow up in a typical household. “I remember her watching Triple H, Big Show, Rick Flair, Hulk Hogan and all the ones back then,” Renae Bankston recalled.

Scardacci still watches WWE on a regular basis and talks about it a lot. That’s why workers at Crossroads Hospice & Palliative Care, who are helping Scardacci now that her lung cancer has spread, arranged for her to meet one of her favorite wrestlers, Roman Reigns.

The meet-and-greet didn’t go as planned on Friday in St. Louis because Roman Reigns was out sick. “When we got the news Roman Reigns wasn’t going to be there, my mom still wanted to go,” Bankston said.

And she’s sure glad she did. Several other wrestlers found out about Scardacci, who’s been watching WWE since she was 14, and made a point to meet her.

"She was so ecstatic, she looked like a little kid in a candy factory,” Bankston said. 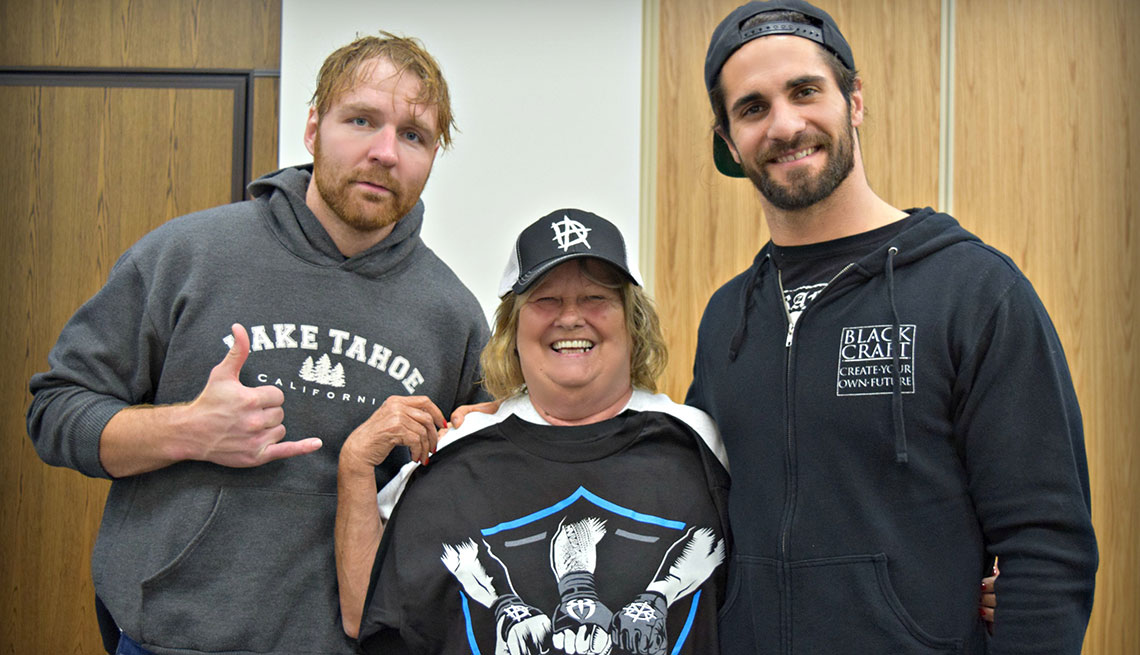 Scardacci got to meet Dean Ambrose and Seth Rollins who, like Reigns, are part of the Shield. She loved them all, describing Rollins as “sweet and humble” and Ambrose as “her crazy man.”

Also, wrestler Titus O'Neil paid her and her family a visit and recorded a video with them. 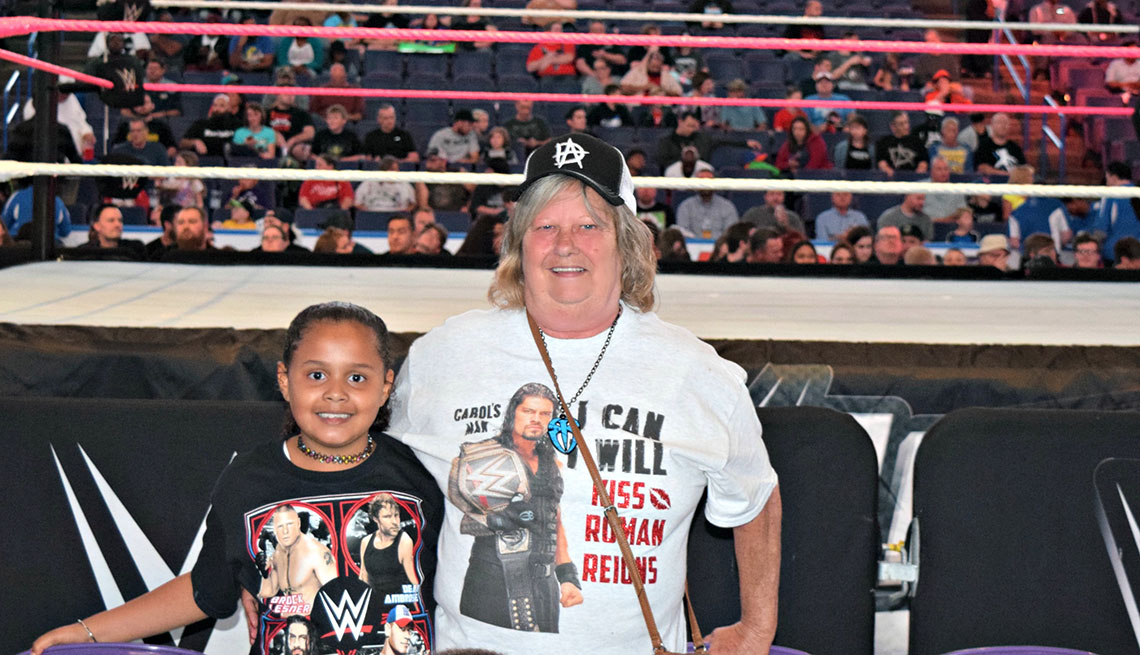 Check out the shirt Carol Scardacci is wearing in this picture she took with her 8-year-old granddaughter, Annabella.

Even though “her man,” Roman Reigns, wasn’t there, he sent her some gear — though she already had the perfect shirt she wore to the match. It read, “Carol’s Man, I can, I will, Kiss Roman Reigns." Obviously, Reigns wasn’t there for her to kiss, but we’re told there were kisses. It’s unclear which wrestler or wrestlers got the lucky smooch. She also has more shirts to pick from now as, during the match, wrestlers threw their shirts to her.

Organizers allowed four generations of Scardaccis to attend — 10 people in all. Crossroads says it’s the people who make these special events they call Gift of a Day possible. “A special thank you to WWE for making Carol’s wish come true with ringside seats and the wrestlers for making her feel so special.”

And get this. Even after all the WWE fun in St. Louis, the family rushed home to Kansas City on Sunday to watch a match on pay-per-view.