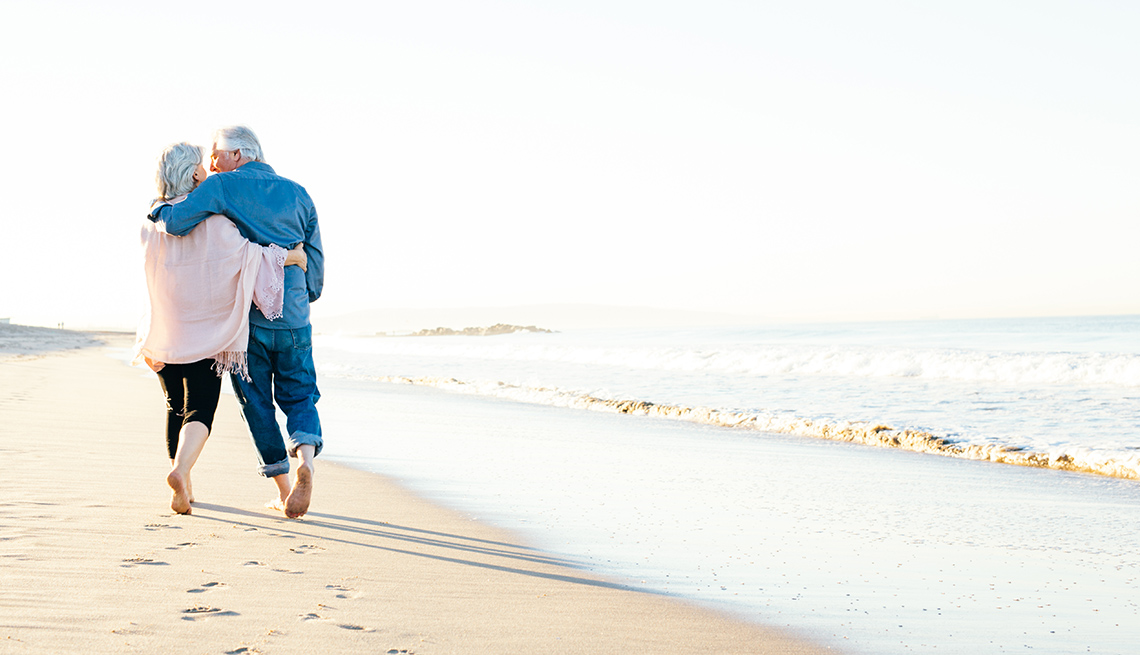 Maia Williams was only 47 when the last of her combined nest of three flew away. She and her husband Wyman Rousseau, 61, “were elated as we drove our youngest to North Carolina State University to begin his freshman year. After we unloaded the car, we hid in the stairwell of his dorm and sobbed—what Oprah would call ‘the ugly cry.’” At that moment, they couldn’t imagine ever being as happy as when they had a room full of teenagers. “We were the go-to house and we loved it,” says Maia.

She and Wyman decided they’d take the sting out of their kids’ departure by focusing their energies on reconnecting with their careers—Maia as president of a management and marketing consulting firm; Wyman working as a leader in the non-profit arena. But when the tentacles of the worldwide economic collapse reached North Carolina, Maia’s industry began to falter. “Our decision to relocate twice in twelve months was a drastic, and eventually futile, attempt for me to continue working in the field in which I had specialized since 1992. I was the proverbial Dutch girl racing from leak to leak trying to keep the dike from failing.” Once it did, Wyman and Maia decided a radical reorientation of their lives was in order. It began in the spring of 2009 with downsizing from their five-bedroom home of seventeen years to a two bedroom condo in the same city. “We sold our house quickly and for the first time in decades, we were not homeowners.”
Now, on top of their emptied nest, they had another big adjustment to face, financially and emotionally. They tackled it head-on, embarking on an international adventure. In 2011, after “a series of synchronistic events,involving strangers, friends, speaking engagements, and volunteer stints,” Maia and Wyman decided to connect with their inner artist. Despite knowing not a single word of Spanish or ever having set foot in Mexico, they moved to San Miguel de Allende, a picturesque town with a large contingent of American expats, for what they called their “year of living creatively.” For the first few years in San Miguel, they babysat a house; when the owners came home, Maia and Wyman would hit the road, travelling for a few months until the house was empty again. They now rent a small, two-bedroom apartment in the historic Centro, and continue to leave town twice a year, usually coming back to the U.S. to visit family and friends. They travel on a budget, mostly by Amtrak and Megabus, taking advantage of lodging provided by family and friends.

Dr. Janet Taylor of the Life Reimagined Institute applauds the couple’s life reinvention post-kids. While every empty-nest experience is different, “it’s all about reconnecting, with yourself, the world, your passion, others,” she says. Four years later, Maia and Wyman are still in SMA and have no plans to leave. Maia has used her business savvy, networking expertise and interest in writing to get heavily involved in the San Miguel Writers’ Conference and Literary Festival, which she now co-directs, and she and Wyman teach courses in personal writing. Now 59 and 73, Maia and Wyman are still convinced they made the right move. “We’re proud of ourselves for taking the leap,” says Maia, recalling their decision to move. “We faced serious financial setbacks (our income was reduced by 90%) and prospects for employment for me were dismal. Compared to millions of Americans, we were fortunate. Our children had finished their educations and were established.”

And what of those children? What did they think about their parents’ new lifestyle? “Across the board, they thought we had lost our minds. If they hadn’t been so earnest in their concern, it would have been funny.” As much as they love their new life south of the border, Maia admits to feeling sad that she and Wyman don’t get to see their children and grandchildren as much as they’d like. “We stay in touch via FaceTime. They see us in person only twice a year, but the grandchildren recognize us from our frequent conversations online.”

Even with the separation from family and friends, the no-nest lifestyle Maia and Wyman enjoy is a significant source of satisfaction. “Our health and well-being have improved dramatically. The pace is more humane, our commute is typically on foot for 10 or fewer blocks, and the fresh vegetables and fruits make it simple and inexpensive to eat well.” Like many empty nesters who’ve sold their homes and taken to the road, Maia and Wyman have a small storage unit to house some boxes, but offer this advice. “Say goodbye to [your] material possessions sooner. We have items in storage that we kept because they are fabulous, the crème de la crème of our lifetime of acquisition. As time passes, we find our attachment to them lessens.”

Life Reimagined asked Maia for her advice to others who are facing the prospect of an empty nest and are considering a radical reinvention. “Do it now. Too many people delay their dream of a big adventure until circumstances make it impossible. If you’re relatively fit, healthy, and comfortable with ambiguity and change, there’s no reason to fear moving to another part of your country or another part of the world. It can be energizing and invigorating to wake up in a dramatically different landscape or culture.”

As Janet Taylor says, “The moment when you realize that you’re not done, there’s more left to explore, risk and accomplish, is the moment when life truly begins.”