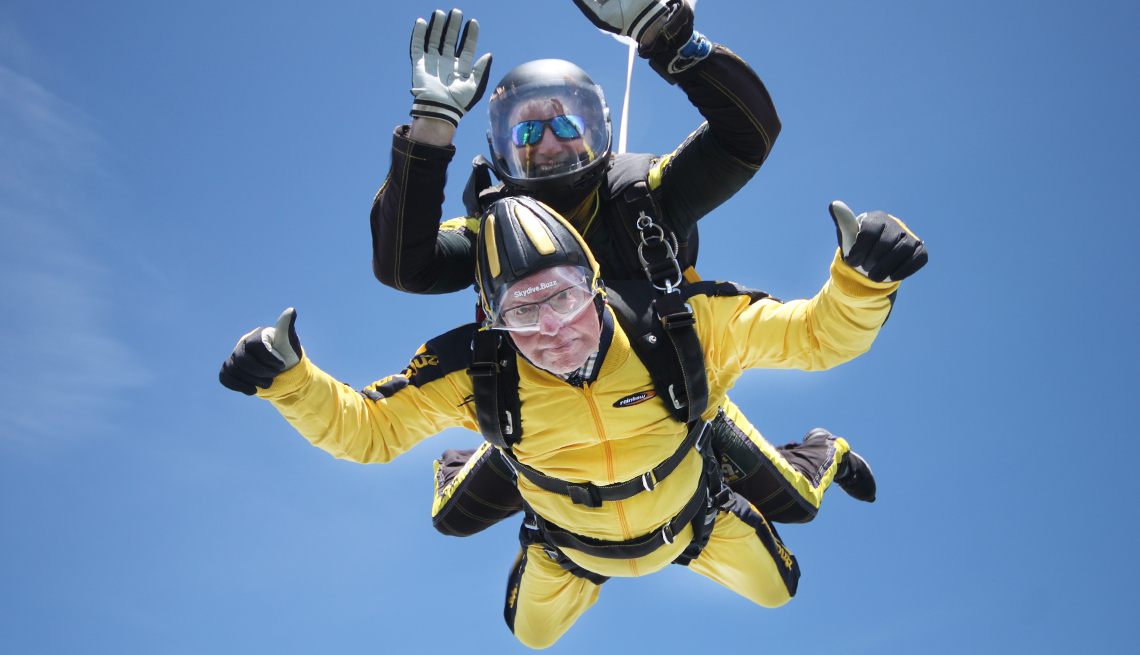 He was named for one of the bloodiest battles of World War I, narrowly evaded death several times in World War II and helped the British invade Normandy on D-Day. But at age 101, Bryson William Verdun Hayes was still looking for a little excitement. So he went skydiving.

On Sunday the British daredevil broke the world’s record for the oldest skydiver when he completed a tandem dive with three generations of his family at an airfield in Honiton, England, bailing out at 15,000 feet.

The previous record was held by Canadian Armand Gendreau, 101 and three days, who skydived in June 2013.

Hayes is 101 and 37 days. "No offense to him, but I want to bring that record back to the [United Kingdom] where it belongs,” Hayes told local news outlet Devon Live before the jump. And after the jump? “I’m absolutely over the moon.”

Making the jump with him — the stunt was an effort to raise money for the Royal British Legion — were his 16-year-old great-grandson, Stanley; his grandson, Roger, 50; his son, Bryan, 74; and his great-granddaughter, Ellie, 21.

Even without the skydiving, Hayes’ life would make for an interesting read.

His best friend, Sgt. Edgar Robertson, was blown up by a bomb as the two were digging a ditch together. Hayes suffered shrapnel injuries in the explosion.

“How I came home from World War II I do not know,” he said. “I was so near to the edge of everything. I lost any amount of friends in no time at all.”

Having survived so much danger, jumping out of a perfectly good airplane counts as just fun.