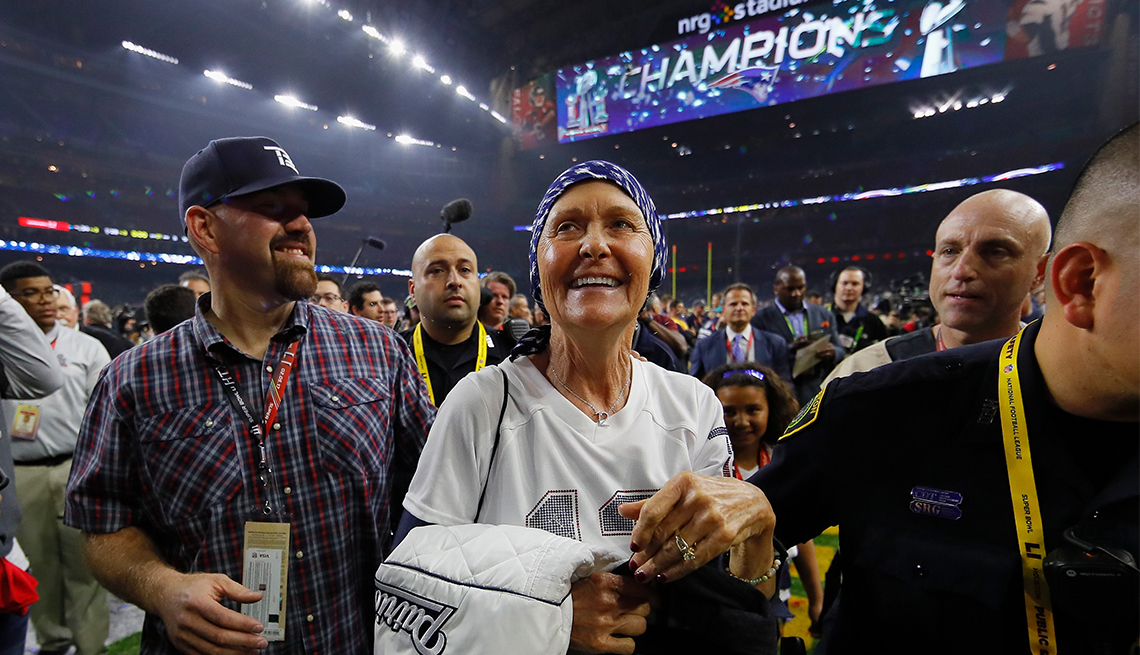 Tom Brady said previously that he wanted to win Super Bowl LI for his mother, Galynn.

In a comeback for the history books, Tom Brady brought the Patriots back from a 28-3 deficit Sunday night, winning, in overtime, his fifth Super Bowl. Although it had looked like a blowout in the Atlanta Falcons’ favor, Brady wasn't having it. He clawed his way back by passing a record-setting 466 yards and leading a thrilling 91-yard-drive touchdown in the final four minutes, ultimately earning a 34-28 victory no one saw coming.

The 39-year-old superstar may have cemented his standing as the greatest quarterback in NFL history, but he also did something incredibly moving. He drew the world into the story of his mother, who has been ill with an undisclosed cancer for the past 18 months, touching fans everywhere.

Brady had said previously that he wanted to win Super Bowl LI for his mother, Galynn, a promise he kept in spectacular fashion. Because of the radiation and chemotherapy she's been undergoing, Sunday night's game was the first she had been able to attend this season.

Patriots owner Robert Kraft talked about the emotions surrounding the game during a celebration after the team’s win.

"This is the first game this year that his mom has been able to attend, you know. She's been going through chemotherapy and radiation," Kraft told ESPN. "And she made the effort to come with his dad. So I said, 'You gotta win this one for Mom.' And I was thinking about that in the second half with the score where it was. But we never gave up believing in Tommy."

At a press conference Monday morning, Brady said that his father, Tom Brady Sr., had been there with her “every step of the way” and that his parents had set a “great example” for him.

“She’s been through a lot — way harder than what I went through last night, what the team went through,” Brady said. “All families go through challenging times personally. I’m just happy to be able to celebrate.”

Before the game, the father of two called his mother his “everything.” He said, “I just love her so much.”

Brady also became emotional when asked to name his hero at another Super Bowl media event on Jan. 31.

“That’s a great question. I think my dad is my hero, because he’s someone I look up to every day,” he said, fighting back tears. As he looked down, he was silent for a moment and then said simply, “My dad.”

Brady wasn’t the only one who made his parents proud Sunday night. Lady Gaga gave a shout-out to her parents by calling out hello to them halfway through her uplifting halftime show. From all accounts, her parents, Joseph and Cynthia Germanotta, have always been very supportive of their daughter’s career.

In an interview with ET, her father said, “From the time she was little until now, she’s been an inspiration to all of us. Not only to our family but to the world, and to finally realize this … to be on the biggest stage on the world is every artist’s dream.”