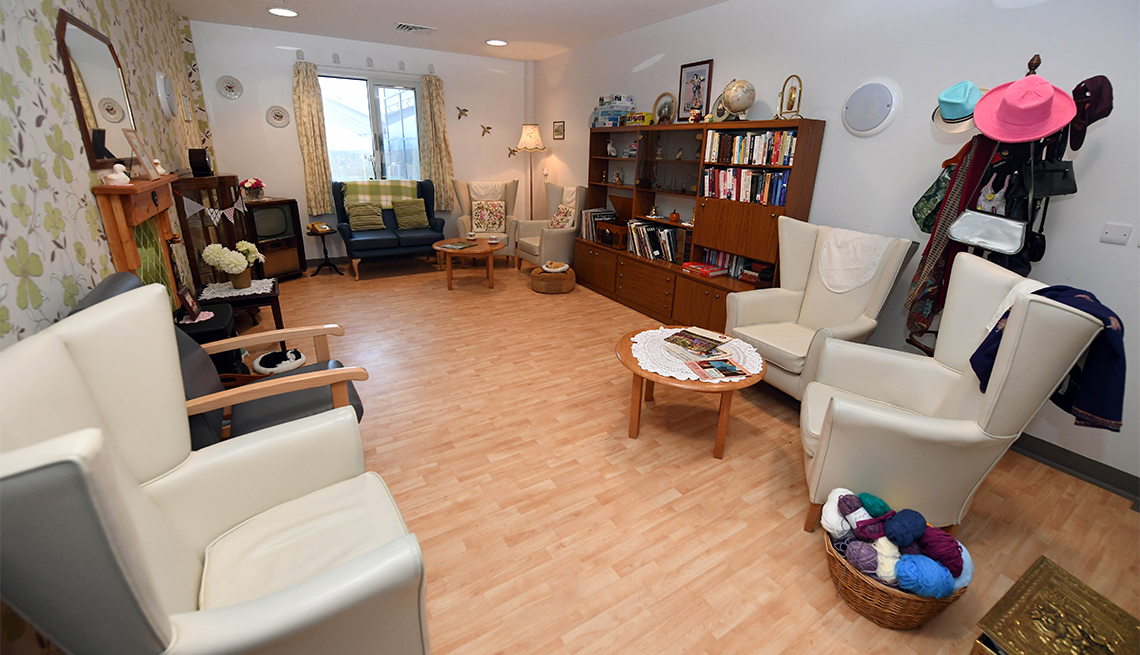 Devoted husband built a 1960s-style sitting room in a hospital ward to help his wife with Alzheimer's.

George Drummond built a Cwtch Room — “cwtch” means “cuddle” in Welsh — for his wife, Elaine, but it was for a particular kind of cuddling. The 1960s-style living room —  complete with an old-style rotary table phone and period wallpaper — was built to take Elaine back to a familiar time in her life.

It was also created inside a hospital ward to bring comfort in her final months of dealing with Alzheimer’s disease. 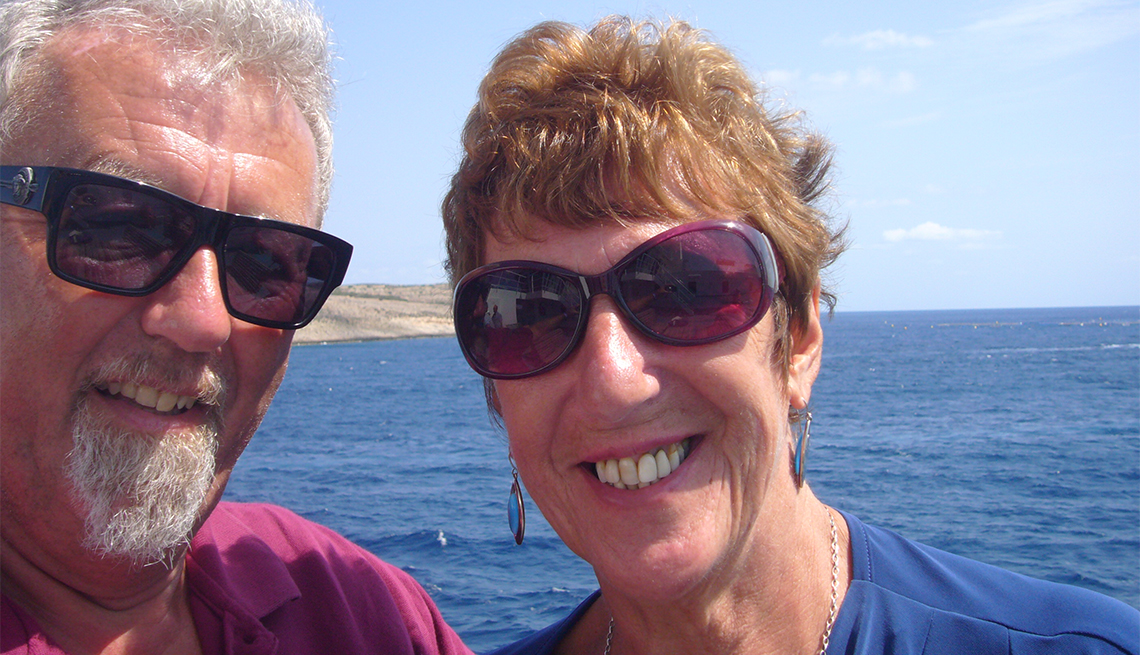 George Drummond and his wife Elaine.

Elaine died last year, but thanks to Drummond, three more of the rooms have been transformed on the dementia floor at Llandough Hospital in Cardiff, Wales, where she was a patient.

“When Elaine was in here, and Elaine was a patient here for six, seven months, this was one of the places where you could calm her down quite easily,” Drummond, 70, told NBC News. “The idea is that you’re taking patients back into time [to an] environment which brings back a memory for them” — a time before the encroachments of a neurological disease made everyday surroundings and faces frighteningly unfamiliar.

Reminiscence therapy, as it’s called, is not a cure for Alzheimer’s, but it’s a well-known therapeutic tool in helping dementia patients stay calm and active. Sights, sounds, smells and odors also help trigger more autobiographical memories of patients’ early lives, which helps them communicate with caregivers.

Such rooms are becoming an increasingly common sight in nursing homes, as a wave of aging boomers increases the number of Alzheimer’s patients. An estimated 5.1 million Americans have the disease, according to the Alzheimer’s Foundation of America.

In addition to the retro living room, Drummond has created a 1950s-60s-style kitchen, a 1960s “quiet room” and a 1960s seaside cafe. A retired information technology (IT) consultant, Drummond does do-it-yourself home improvement projects in his spare time, and told hospital officials he would be happy to help.

Now, he said, the rooms are in constant use — and he has a new part-time job, keeping them in good shape and true to period.