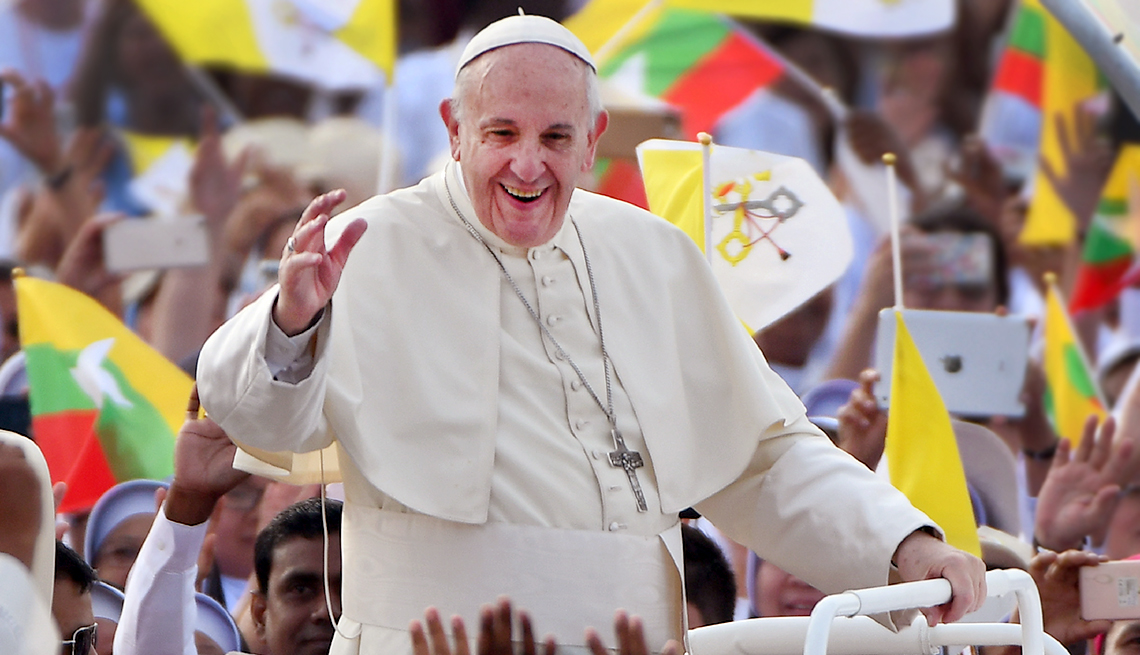 Pope Francis said the language of the Our Father Prayer “is not a good translation.”

“Our Father, who art in heaven, hallowed be thy name, thy kingdom come, thy will be done, on earth as it is in heaven … lead us not into temptation.”

Countless Christians have committed this most famous of Christian prayers, the Lord’s Prayer, to memory as children.

But in a recent interview with an Italian TV network, Pope Francis, who turns 81 on Sunday, said the language of the Our Father prayer “is not a good translation.” In particular, he says the part asking God to “lead us not into temptation” is inaccurate as it implies that God “induces temptation.”

“I am the one who falls. It’s not him pushing me into temptation to then see how I have fallen,” he said. “A father doesn’t do that. A father helps you to get up immediately. It’s Satan who leads us into temptation. That’s his department.”

Already, the pontiff noted, the Catholic Church in France tweaked the prayer this month so that it says “do not let us fall into temptation” and, according to several media accounts, he suggested Italian Catholics might want to do the same.

The Houston Chronicle reports that the idea has drawn a mixed reaction.

The newspaper quoted a 40-year-old lifelong Catholic named Donald Williams as saying, “People don’t like change. The religion has been around more than 2,000 years, and to make such a drastic change in the prayer — something people like me have been saying since I was 3 years old — it’s going to rock the church to the core, I think.”

And yet he said he agrees with the motivation behind a wording change.

“Maybe some people do need to be a little more accountable for their temptations and sins,” he said.

The Lord’s Prayer appears in the Bible in the book of Matthew, in which Jesus tells his disciples, “This, then, is how you should pray,” before reciting the famous words. The prayer is a translation from the Latin vulgate, which was translated from ancient Greek, which, in turn, was translated from Aramaic, the language spoken by Jesus.

Not all Christians use the exact same version of the Lord’s Prayer. For example, English-speaking Catholics use “trespasses” and many Protestants use “debts.”