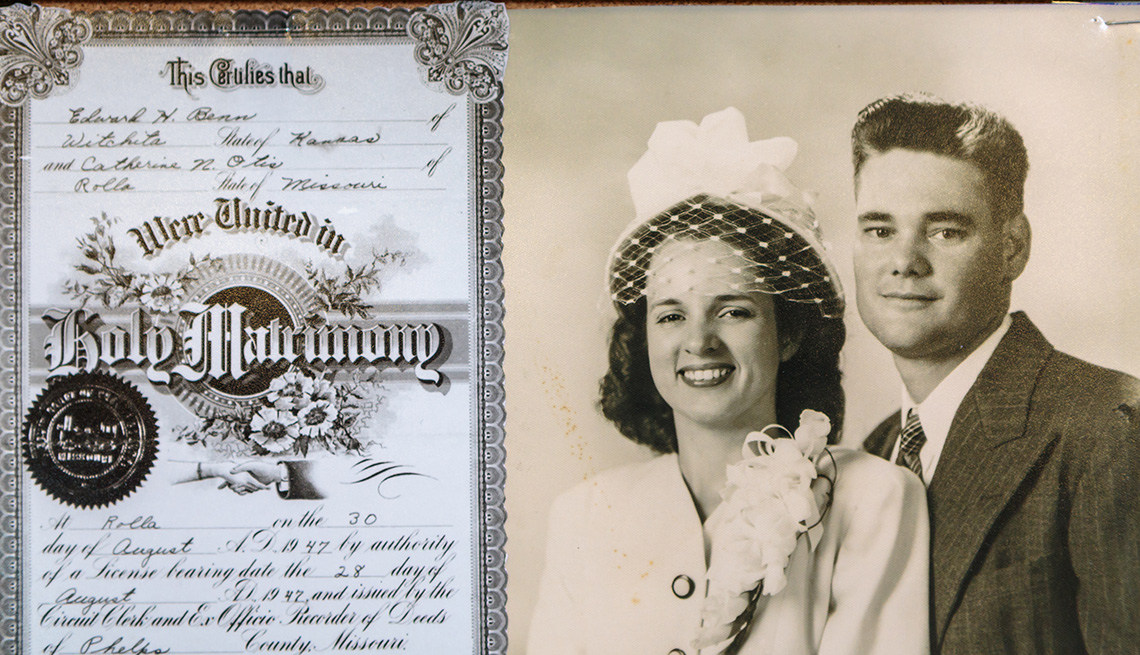 Nadine and Edward Benn's wedding certificate and photograph from the day of their wedding on Aug. 30, 1947.

Just over 70 years ago, a young Edward Benn, only 25 at the time, was at his weekly Sunday Bible study group in Missouri. It was a cold night in early March 1947, he remembered. Just as he and a group of students were about to end their evening, several people walked up to the church. They, too, were part of a Bible study, but their worship site down the street was without heat, and so they asked if they could come inside to get warm. The two groups joined in prayer, and sitting next to Edward was a woman named Nadine.

He remembers the night like it was yesterday. Edward said he and Nadine, then 19, started talking. For him, having a conversation with a young woman was a rare thing, as he was enrolled in a predominantly men's college. As the two got ready to leave, he mentioned that his roommate had a car and asked if she wanted a ride home. Nadine said yes and they all hopped in the car. Once at her house, “I walked her up to the door and then got back into the car,” Edward recalled, not knowing if he would ever see her again.

As his roommate drove them home, Edward noticed a Bible on the seat of the car. He asked his friend if it was his. It wasn’t. He asked his friend’s girlfriend if it was hers. It wasn’t. He then looked through the Bible and noticed Nadine’s name and phone number in the front pocket. When he got home, he said, “I called her and told her I had her Bible. She asked me to bring it to her the next day.” Edward said the rest is history.

The two married less than six months later and went on to have three children. When asked if they continued to go to Bible study, he said, “Yes, periodically.”

Edward and Nadine Benn marked their 70th anniversary on Aug. 30. The event was held at the Villages of Jackson Creek Memory Care Program, in Independence, Mo., where Nadine is receiving care. Crossroads Hospice, which provides "Gift of a Day" services to hospice and palliative care patients, hosted the event and arranged for a gospel singer to perform in honor of the couple's first meeting at Bible study. One thing not on the party menu? Chocolate cake. During a phone interview with AARP prior to the party, Edward, 95, was asked to tell us something unique about Nadine, 89. His reply: "She doesn’t like chocolate!" 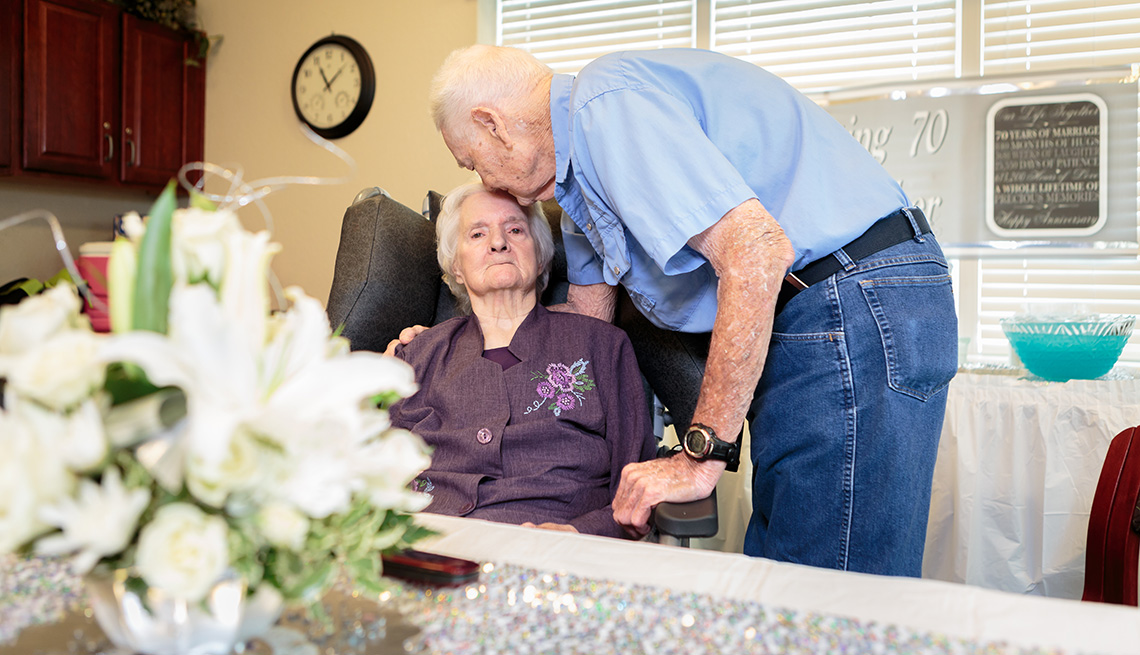 Nadine and Edward Benn mark their 70th wedding anniversary at the Villages of Jackson Creek Memory Care Program in Independence, Mo., on Aug. 30. The event included cake and was attended by their children and a few of Nadine's caregivers.