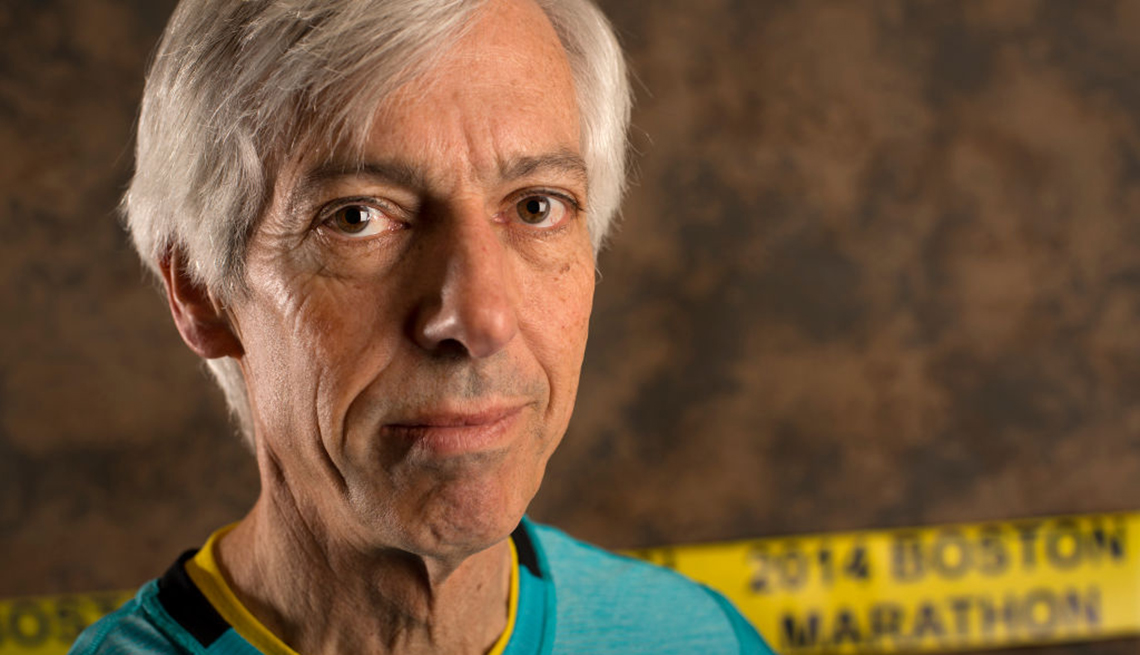 Bennett Beach, 67, is a man on the run. On April 17, the resident of Bethesda, Md., will participate in his 50th consecutive Boston Marathon. In early April, he completed his 45th consecutive Cherry Blossom Ten Mile Run in Washington — a record, according to The Washington Post.

The long streak is especially impressive since Beach suffers from a rare neurological disorder called task-specific dystonia. That means he’s been running with a limp for the past 15 years, the Post reported.

Unlike many boomers who have slowed down, Beach can put a specific number on his downward trend. The difference between his best Boston Marathon time and his worst is three hours, 27 minutes and 56 seconds, the Post said.

His leg problems, which started in 2002, took four years to diagnose. Dystonia is a wiring disorder with no known cure. Botox injections in his left hamstring every four months are helpful, and they make his race training possible, the Post reported.

While friends and family have suggested that it might be good to retire after this year’s race, Beach has another goal in mind: beating the record of Johnny Kelley, the Boston Marathoner who ran 61 times — 24 consecutively — and finished 58, winning twice. (He’ll set a record this year for consecutive finishes in Boston if he completes the race in under six hours, the Post noted.)

“Fifty-eight seems like a long way from here,” Beach told the Post. “But I have it in my head that some smart person is going to solve dystonia.”