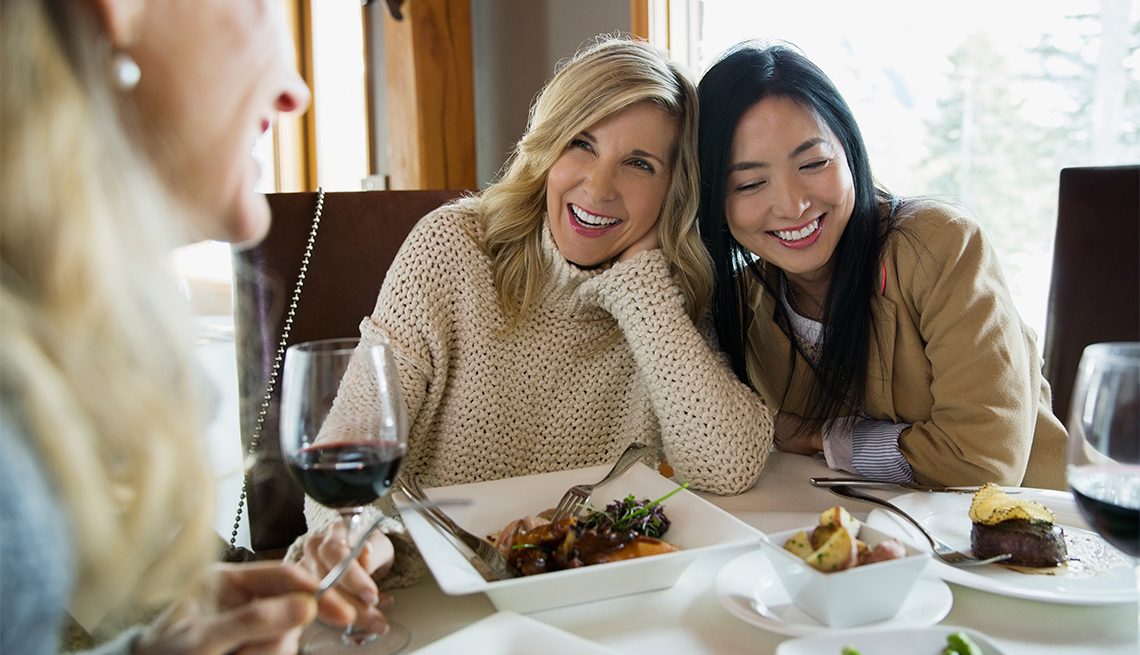 En español | Having a vibrant social life may protect your brain as you age, according to a new report from AARP’s Global Council on Brain Health. The council’s review of the data shows that having close ties to friends and family, as well as participating in meaningful social activities, may help keep your mind sharp and your memories strong.

“Spending time with friends and family is surprisingly important to brain health as we age,” says Sarah Lock, the council’s executive director and AARP senior vice president. “And it’s not just the numbers of social connections you have. The type, quality and purpose of your relationships can affect your brain functions, as well.”

A new AARP survey  on socialization and brain health of adults age 40 and over found that although most people are at least somewhat socially engaged (with an average of 19 people in their social networks), a surprising 37 percent said they sometimes lacked companionship; 35 percent found it hard to engage socially; and nearly 3 in 10 said they felt isolated. Overall, the survey revealed that 1 in 5 adults over age 40 were disconnected socially. That’s important because adults who said they were happy with their friends and social activities were more likely to report an increase in their memory and thinking skills in the previous five years, while those who were unsatisfied with their social lives reported the opposite — that their cognitive abilities had declined.

“This is a public health issue,” says Michelle C. Carlson, an associate professor at Johns Hopkins Bloomberg School of Public Health in Baltimore, who participated in the review. “We need to think about ways to identify the problem in individuals and work together to reengage people and do it in a way that has meaning.”

The international group of scientists said people face numerous obstacles to maintaining a social life as they age — the death of family members and friends, health problems, limited mobility, even neighborhoods that hinder interaction. “A large subset of the population is blocked from many social contexts,” Carlson says.

How greater sociability enhances brain health is not fully understood, but experts say interacting with others in meaningful ways may provide a buffer against the harmful effects of stress on the brain. In the survey, men and women age 60 and over felt more socially engaged and happier with their relationships than those between ages 40 and 59.

Research also supports the idea that helping others makes a difference in cognitive health. One long-running study led by Carlson has found that regular volunteering can reverse declines in brain volume in men.

The good news: “Making new friends is possible no matter how old you are,” Lock says. The report’s authors advise taking small steps such as the following to connect with others.