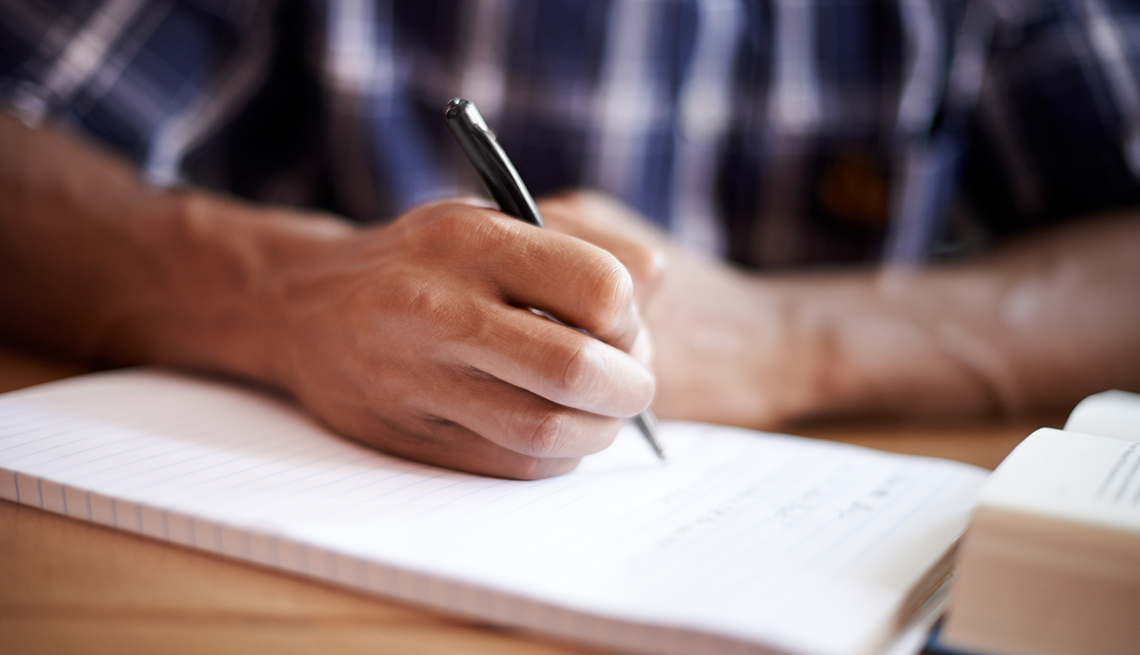 The spiral-bound notebooks were full of memories and love.

It may not be possible to save time in a bottle, but you can save it in a journal. And that’s what Lauren Blank’s grandfather gave her, after a fashion, on the occasion of her 16th birthday last week: a journal of their times together from when she was 2 until she was 5, a period when he took care of her nearly every day.

Ren, as she is known to her grandpa, posted a picture of the three spiral-bound notebooks on Twitter. The Keller, Texas, teenager wrote, “I am speechless.”

Ron Petrillo, who is 72, told the online publication Today that he had thought about the right time to give her the journals, including giving them to her after his death. But in the end, “I decided to give it to her on her 16th birthday” — mainly so the two of them could enjoy them together.

The journals are a record of all the everyday things that tend to get lost in the memory banks, obliterated by years of to-do lists and the detritus of daily life. One entry, for example, reads: “One of your favorite things is for me to push the button on your clock and do my silly dance. When I say ‘Lauren do it,’ you sit in your bed and say ‘papa’ and I keep dancing, falling, running into the wall, turning around like an uncoordinated fat ballerina, and you keep laughing.”

There were other memories, too — like the store where they took lots of up-and-down trips in what Lauren called “the alligator,” and frequent visits to the zoo. “We’d go there every day except Monday, when they were closed,” said Petrillo. “And we’d go look at all the stuff, and then I’d buy her every trinket in the gift shop.”

Lauren’s Twitter post elicited some emotional reactions. “I’m actually crying,” wrote @applextree. “Go hug your grandpa for those of us who can’t anymore. He’s a good one.” Wrote @elliemarieeee: “This is the purest and most precious thing I have ever seen.”

Spiral-bound notebooks are on sale at your local office supply store for as little as $1 each. All you have to add are the memories.