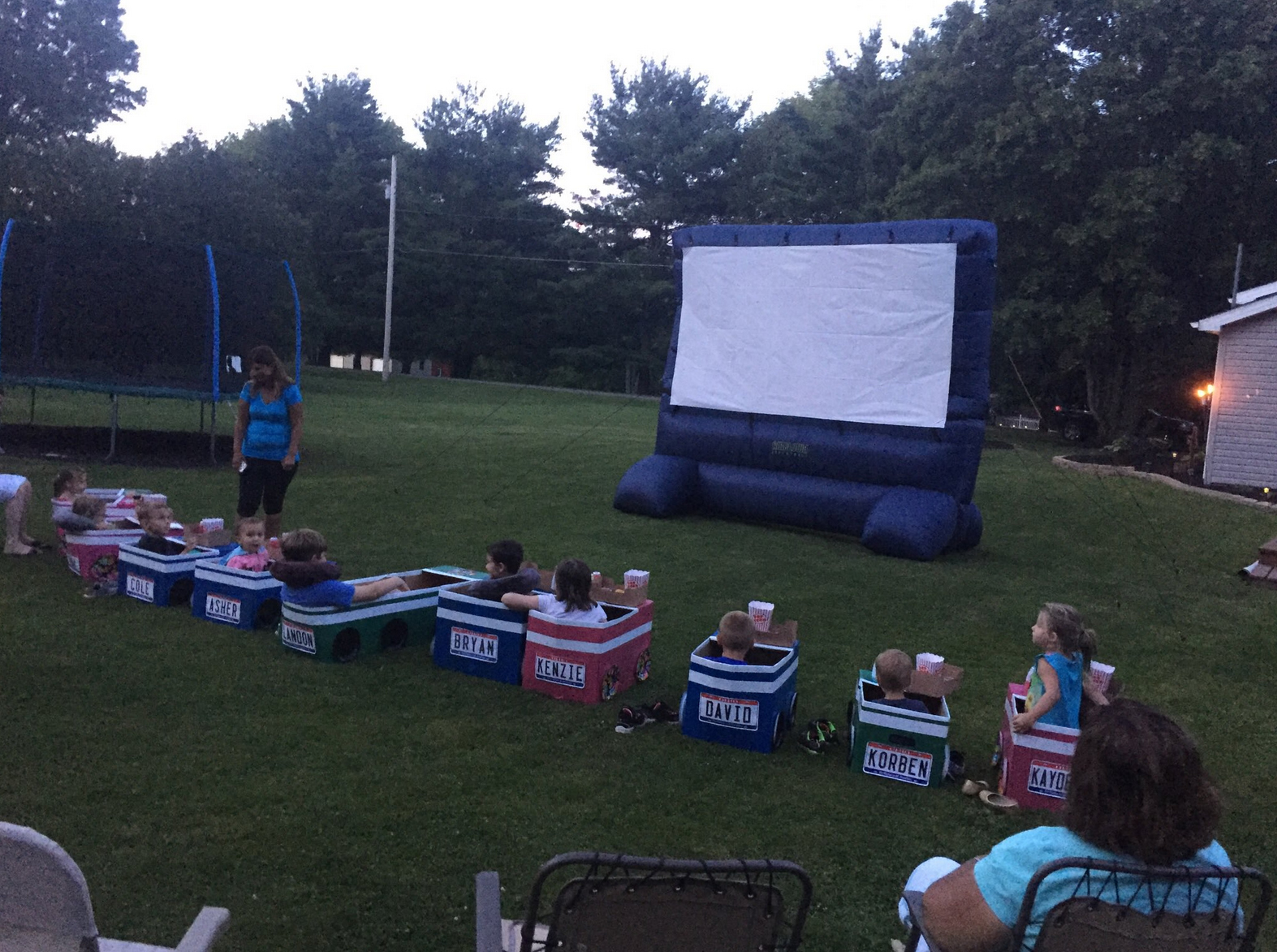 These children have a front-row seat to the movie in Grandma Sherry Pratt's backyard, complete with homemade cars and cardboard boxes to hold all the movie snacks.

Over the river and through the woods to grandmother’s drive-in we go?! Yes, there is such a thing for an Ohio family. Using her creativity and imagination, a grandmother turned her backyard into an old-fashioned drive-in movie theater for about a dozen children.

A big screen plus decorated cardboard cars with customized license plates that serve as seating were just the beginning. Sherry Pratt topped it all off with popcorn and candy.

The 49-year-old explained to ABC News that she got the idea while scrolling through Amazon. “[I] saw these movie projectors, and it hit me,” she said. "I thought, Wouldn’t it be fun to have an outdoor movie night?"

And fun it was! From grandchildren to nieces and nephews, the entire family gathered in her backyard to watch Cars 2.

The event was extra special because the family recently lost a loved one. A relative shared that the elder who died had feared the family would drift apart. This photo proves that is clearly not the case.

Her niece tweeted the picture from the drive-in and wrote: “My aunt made a 'drive-in' for all the kids in the family, and this is exactly how extra I want to be when I'm older." That tweet in early July went viral and has been retweeted nearly 80,000 times.

If we had a list for Grandmother of the Year, Grandma Sherry would definitely be on it for creating this family movie night!