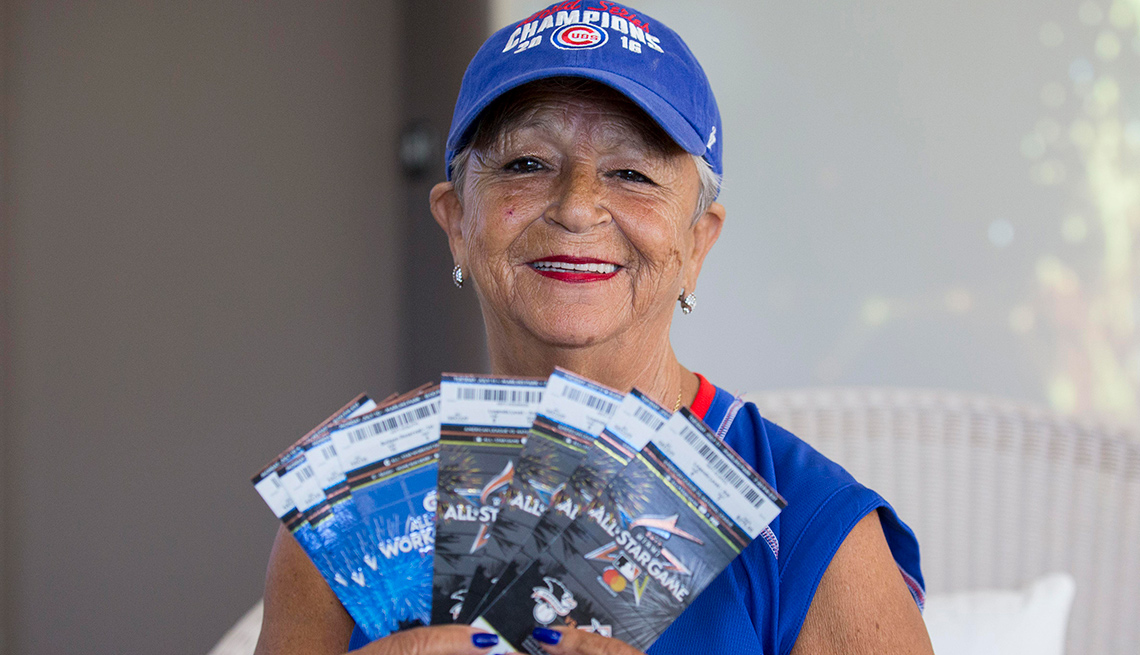 It is safe to say that Jean Marie Tidbit Carrino loves baseball: On Tuesday night the 62-year-old St. Louis waitress will be attending her 54th consecutive Major League Baseball All-Star Game, at Marlins Park in Miami. But it’s also safe to say that baseball loves her back: In 2003, when she was ill with liver cancer, some big names in baseball raised the money to pay for her liver transplant.

“Sammy Sosa was involved,” she told the Miami Herald. “Dusty Baker was involved. Barry Bonds was involved. I would not be here today if it wasn’t for them” — and for former Houston Astros closer Billy Wagner, who started the whole fundraising effort.

Carrino knew Wagner from spending many games sitting near dugouts, getting to know the players. She follows the St. Louis Cardinals, the Chicago Cubs and the Kansas City Royals, and she went to her first All-Star Game in 1963.

She got her love for baseball — and her name — from her Uncle Jack, who bestowed the nickname “Tidbit” when she was born, weighing only 3 pounds 3 ounces. And she’s looking forward to Tuesday’s game even more than to the World Series.

“Why the World Series? You’re only going to see two teams,” she told the Herald. “At the All-Star Game, you’re going to see the best players from all the teams.” Now that’s a fan.