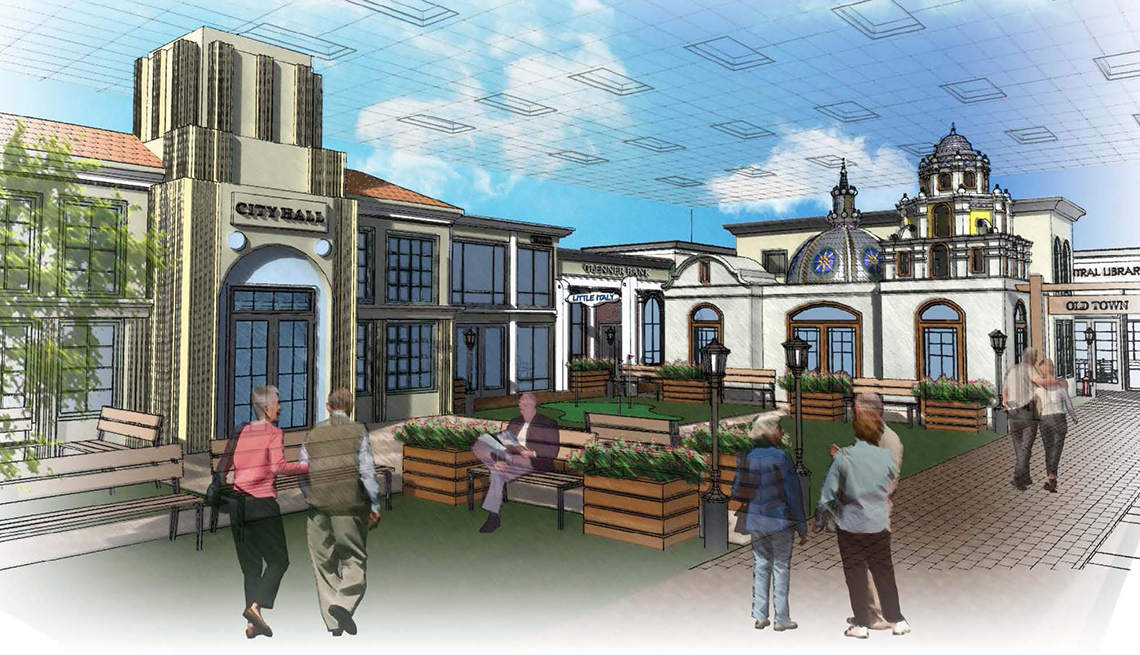 Next year, when San Diego’s George G. Glenner Town Square opens as the U.S.’s first “dementia village,” visitors will engage in a type of time travel. The fake downtown of 24 buildings and 12 storefronts is a replica of a 1950s-era city and includes shops, restaurants, a diner and a theater playing old movies.

The idea is to use reminiscence therapy to provide guided interactions that engage participants’ memories and spark conversations, the San Diego Union Tribune reported.

“It helps reduce agitation, improve mood and improve sleep quality. That translates to a better experience for the participants and for the family caregivers,” Scott Tarde, CEO of the George G. Glenner Alzheimer’s Family Centers, told the Union Tribune. The village is Tarde’s brainstorm, and he hired the San Diego Opera Scenic Studio to build the environment.

The reason for the 1950s setting is that most of those using it will be in their 80s, and their most stable memories are from ages 25 to 35, Tarde said. Visual prompts such as photographs and music will help those with dementia remember their pasts, the Atlantic magazine reported. “Take out a photo of Judy Garland, and a lively conversation may ensue,” Tarde said.

More than 5 million Americans are living with Alzheimer’s, and by 2050 the number could reach 16 million, said the Alzheimer’s Association.