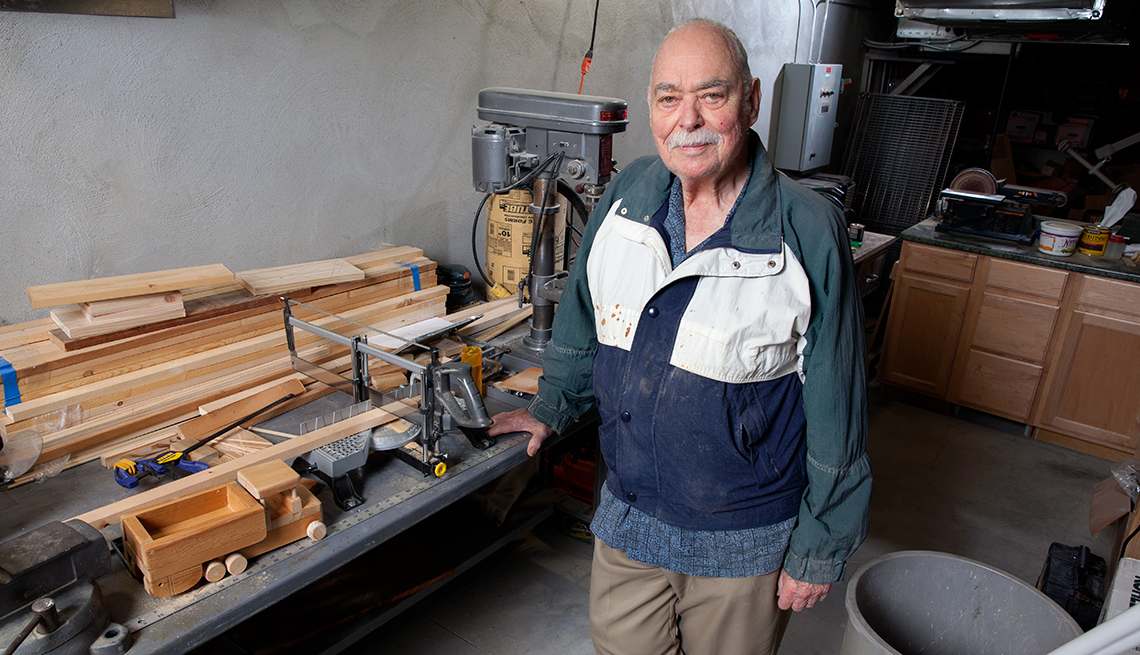 In the past three years, Bob Mitchell has made about 300 block sets by hand for children, from a makeshift workshop in the basement of his Seattle retirement community.

Bob Mitchell may be in a retirement community, but his hands certainly aren't idle. The 89-year-old, who taught physics at Central Washington University, persuaded his retirement community to give him a storage closet in which he could do woodworking. And for the past couple of years, he's been using his skills to help disadvantaged children by building blocks for them. “I feel better in the workshop than when I’m sitting around,” the self-taught craftsman says.

Mitchell tell us that when he and his wife, Jo, decided to move into Bayview, a continuing-care retirement community in Seattle, 10 years ago, he wasn’t quite ready to give up his tools. Though he knew they had to downsize, he managed to bring a few gadgets with him and found a place to store them in the community’s hobby shop. As time went on, he turned the hobby shop into his workshop. He’s had to move a few times because of construction, but no matter the location or size of the room, he’s managed to make it work. He’s crafted bookshelves, an ivy arch arbor and a lazy Susan, among other things, for his retirement community, his apartment and the communal area.

“It’s been a fun job,” he says. “Job” might not be the right word, as you can tell from Mitchell’s voice that this is his true passion, one that grew three years ago. At the time, someone suggested he make wooden blocks for an upcoming bazaar. Using their professional backgrounds (his in physics, hers in early-childhood education), he and Jo came up with their design.

“Blocks can be very educational, from building and counting to stacking and learning about gravity,” says Mitchell, who’s expanded his activity ever since that first request. 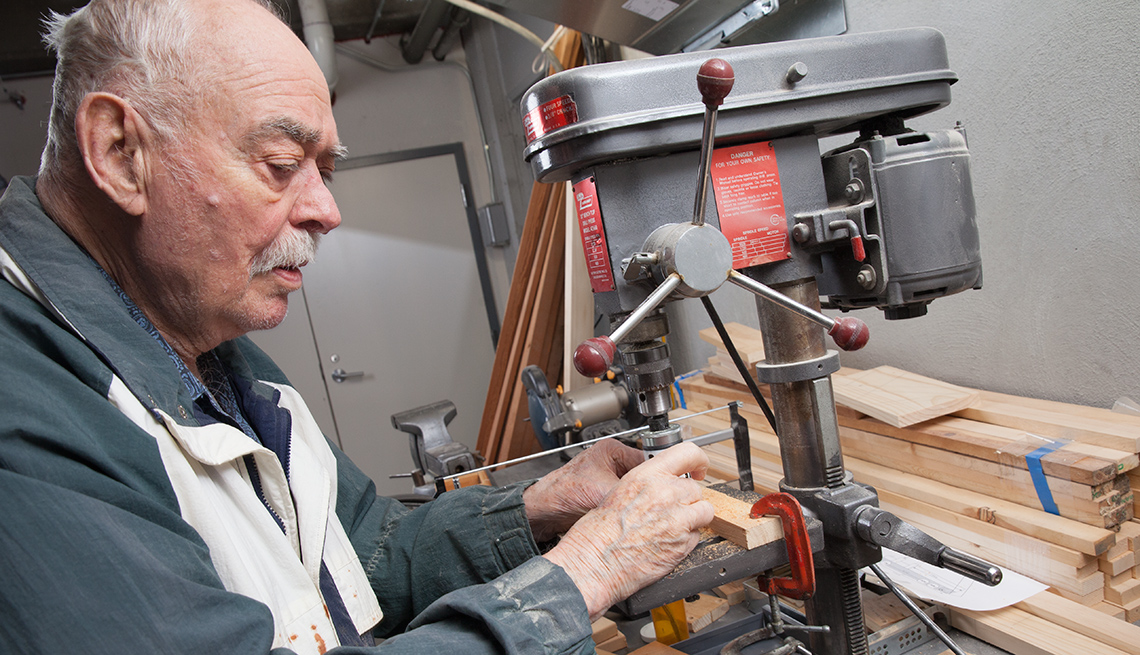 There are 16 blocks in each set that Bob Mitchell makes for children.

“A few times I met some of the children, and it put a smile on my face. But what gave me even a bigger smile was a few cases where I was told autistic children began speaking after playing with the blocks,” he recalls.

The work helps Mitchell in another important way, too: He has Addison’s disease, a disorder affecting his adrenal glands, and he needs to rest often because the condition can make him unstable. “It makes me feel like I’ve had one glass of wine too many,” he says. “When I focus in the shop, I feel quite good.” Mitchell works in his shop for about an hour at a time and then rests for an hour.

In all, Mitchell estimates he’s made 300 16-piece blocks sets over the past three years. That adds up to 4,800 blocks — and he shows no signs of stopping!