Need a bit of inspiration to get you off the couch? Look no further than Dale “Grey Beard” Sanders, who just officially became the oldest person to hike the entire 2,190-mile Appalachian Trail in a year.

At 82, he walked much of it alone, but for the last mile, which winds up at the Appalachian Trail Conservancy headquarters in Harpers Ferry, W.Va., he was joined by friends, family and a few canine stragglers he had picked up along the way, the Washington Post reported. 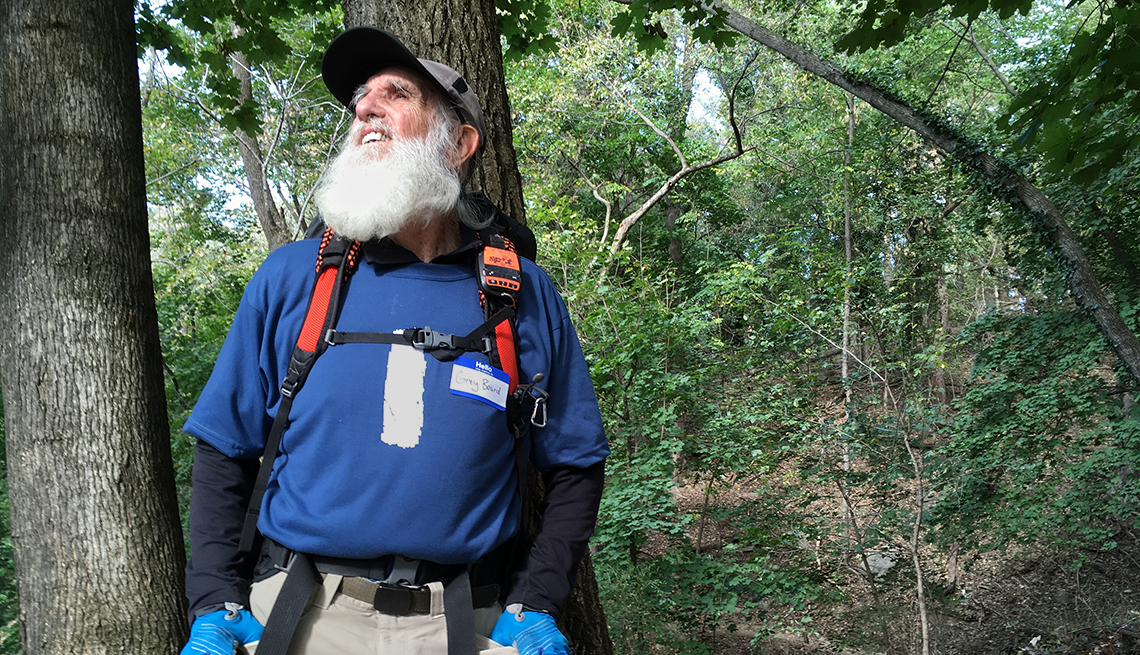 82-year-old Dale Grey Beard Sanders, shown here in Hapers Ferry, W. Va., became the oldest person to ever hike all 2,190 miles of the Appalachian Trail within a year.

At the end of it, the media outlet said he danced a jig.

“I feel euphoric!” he said. “I keep thinking, is someone going to come out of the woodwork and say, ‘Uh-uh, I hiked it last year … and I was 83’ — but no one has stepped up and said that.”

Apparently Sanders has made a habit of breaking records. In 1959, he set a record for underwater breath-holding. In 1965, he was IUSA spearfishing athlete of the year. But before his Appalachian adventure, which kept him on the trail for seven months, he had never done a hike lasting longer than two weeks.

Sanders is actually older than the trail itself, which was completed 80 years ago, in 1937. Each year, an estimated 2 million to 3 million visitors walk on the footpath that stretches across 14 states, from Springer Mountain in Georgia to Mount Katahdin in Maine. More than 3,000 people attempt to thru-hike the trail annually, but only about 25 percent succeed, according to the Appalachian Trail Conservancy.

Sanders isn’t the only person to inspire us this year. In May, a 101-year-old D-Day vet set the world record for the oldest skydiver. And in April, 57-year-old Peggy Whitson, the oldest female astronaut, set a record for the longest cumulative time spent in space by any American.