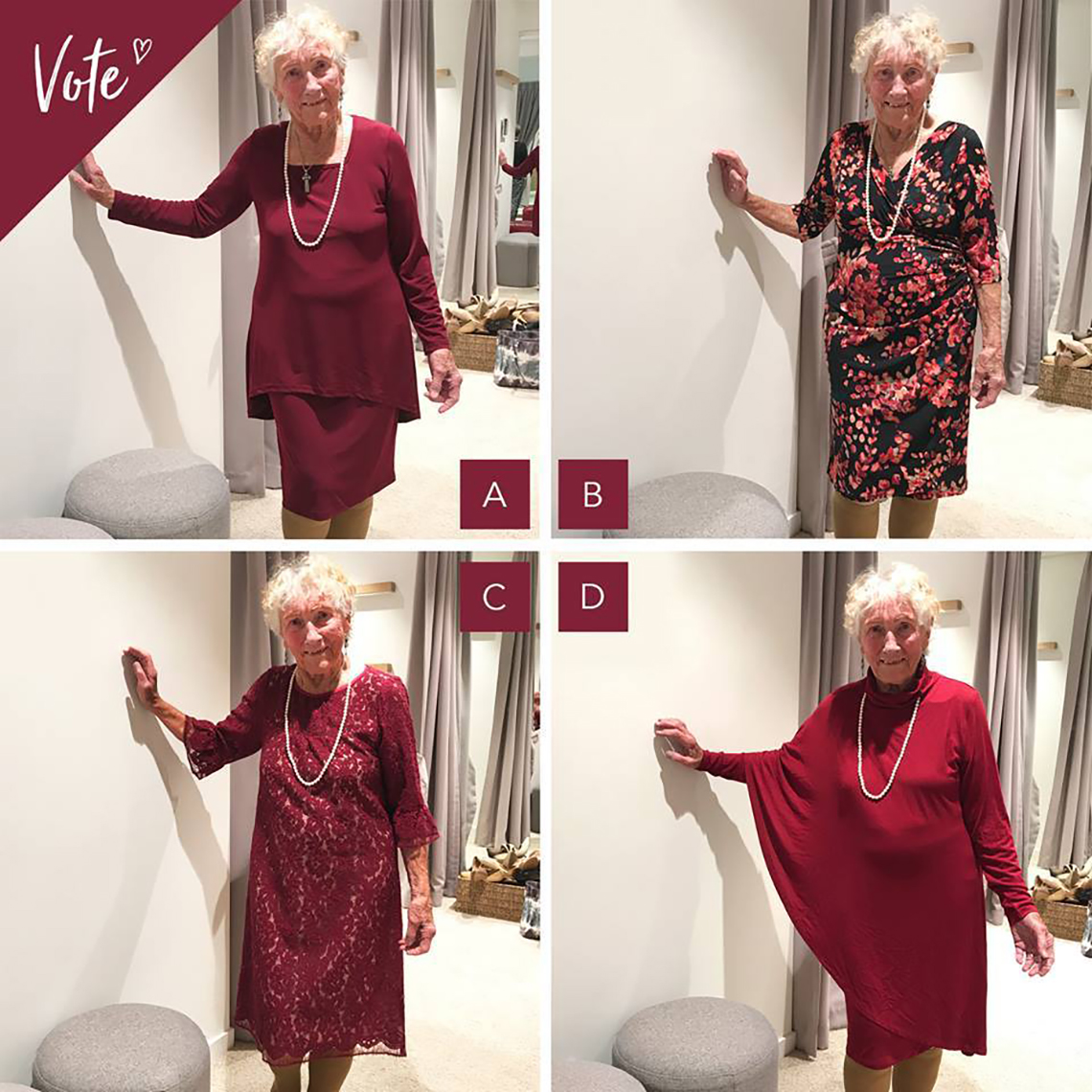 Ninety-three-year-old Sylvia Martin is getting married.

Sylvia Martin from Canberra, Australia, has left it in the hands of the internet to decide what she'll wear when she gets hitched to her long-time friend Frank Raymond next month, as reported by the Canberra Times.

A lot has changed in wedding customs in Sylvia Martin’s 93 years on the planet. Women in their 90s get married now, and some of them don’t take their husband’s name. And if the bride in question needs help choosing a wedding dress, she can now ask the whole wide world, via the internet.

That’s what Martin decided to do when she accepted the marriage proposal of 88-year-old Frank Raymond, a friend she met more than 20 years ago in a nursing home in Tasmania. Raymond had asked Martin to marry him many times over the years, but Martin had always refused, thinking that it would be disrespectful to her deceased husband to give up his name.

When Sylvia became ill a year ago and moved nearly 500 miles away to Canberra to be with her family, Frank lost hope. But then something amazing happened: She got better. And once she did, she asked Frank to move to Canberra to live with her. He did, he proposed again — and this time, after being assured that she could still keep her old name, she said yes.

Hence: a wedding to plan, and a dress to pick. With bridesmaids in tow, Sylvia went to popular Canberra retailer Bird’s Nest, and narrowed it down to four dresses. Then, when she and her friends couldn’t decide, they posed the question to the 1.28 billion people who are on Facebook. Should it be A) the “Rita,” B) the Rebecca Ruby Candis print, C) the lacy Sacha Drake Cipolla dress, or D) the Bird Keepers By Design cape dress?

In almost a single voice, some 5,700 Facebook users responded: Wear the cape dress! “It makes you look stylish, sophisticated and not a day over 80!” one commenter wrote. So naturally, Sylvia chose Option C. After all, she’s the bride, and it’s her day.

The wedding will be in a few weeks.