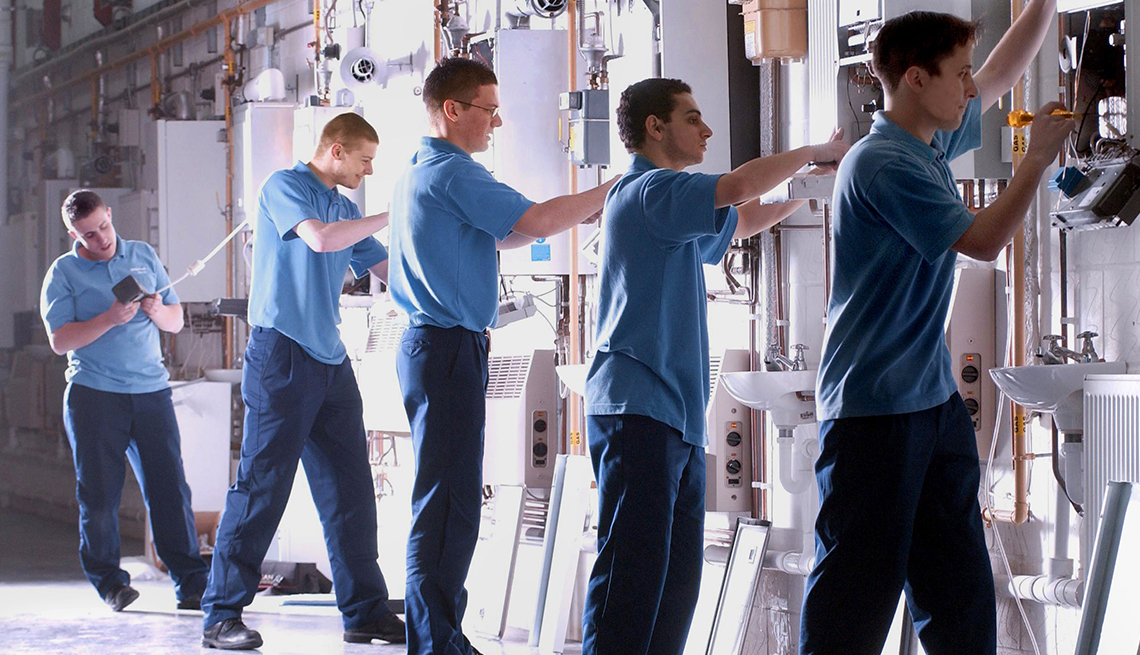 An apprenticeship can be a great alternative to college or university.

Kathleen Zang of suburban Philadelphia was determined to give her four children the college education that she and her husband never had. Her children did well academically in high school, and in 2015 her third child, Brendan, went off to a state university. But after an unfulfilling first semester, he returned home.

Zang was disappointed and insisted that her son attend a community college and get a part-time job. Following his mother's plan B, Brendan made the dean's list at the community college. But it was his job with a heating and air conditioning contractor that set his future path. He discovered that he was good at the work and was motivated to start night classes in plumbing. Last winter he applied to the local plumbers union and was accepted as an apprentice.

Zang could not be happier. "It's everything I had hoped he would get with a college degree," she says. "It's a career with good money and opportunity. Also, he likes the work and the sense of brotherhood in the union."

For parents who expect their children to follow the college path, it's hard to accept an alternative. Yet statistics show that college is not for everyone. About 40 percent of students who start college fail to graduate within six years, and nearly 30 percent don't make it to sophomore year.

That was the case for Dale Stephens, who dropped out in 2010 to launch UnCollege.org, a San Francisco web company that helps young adults figure out their goals. "I am agnostic about what students do after high school, whether it's college or the arts or technology," Stephens says. "What they do need is clarity of purpose about what their next step is going to be."

In 2013, he started another company called Gap Year Global, which coordinates yearlong programs. Gap years, which are common in Europe, are not mainstream in the United States. Malia Obama raised awareness by taking a gap year after graduating from high school in June and before heading to Harvard University in the fall of 2017.

For high school graduates unsure about a career path or even a college major, a gap year can be useful. While some programs are expensive, others can be found in which students receive hands-on learning in fields as diverse as cooking and forestry.

Many colleges are willing to defer admission for students. Ben Norvell's parents agreed that he could take a gap year only if he earned the money to pay for it or found a program with a minimal cost. He also had to get his college admission deferred. This fall Norvell is doing community service in Brazil with International Volunteer HQ. After Christmas he'll work at a south Texas ranch.

His mom, Shelley Emling, of Montclair, N.J., admits that she and her husband were hesitant at first. "We investigated and found that contrary to what some may think, kids who do gap years actually do better in college than those who don't. They are more focused and self-confident and certain about what they want to do with their life."

She's also proud that Ben did most of the legwork himself. "I would tell other parents to step back a bit and let your kids make a few decisions."

Zang also learned to trust her children's decisions. While her daughter is now in college, her other two sons bypassed that route to pursue careers in carpentry and truck driving.

"By the time I got to the third child I had changed my philosophy about college," she says. "I want them to make a good living and support a family, and they showed college is not the only way to do that."