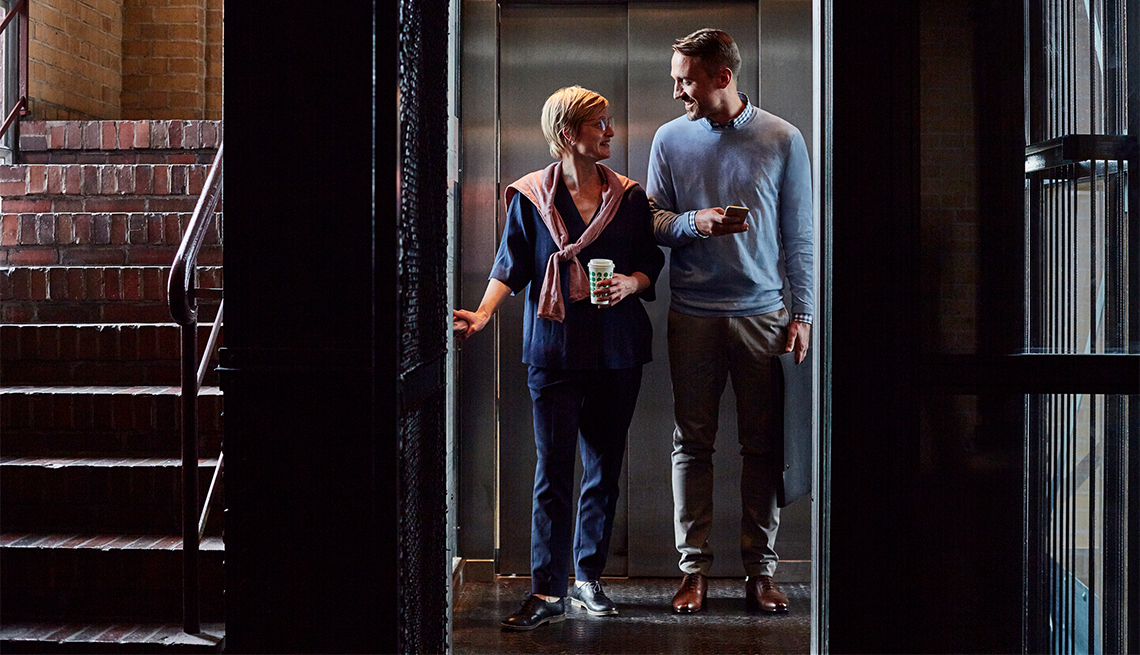 Elevators offer the perfect place to break the ice with your millennial neighbors.

Millennials have not only invaded the workplace, but more and more are becoming our neighbors — either when we move to an apartment or when they buy their first suburban home.

While most of us get along, there's still a generation gap, according to a Trulia survey. About 25 percent of millennials and just 6 percent of boomers think of their neighbors as strangers rather than friends. Perhaps more troubling is that about 60 percent of the younger generation reported a gripe with a neighbor, especially noise from barking dogs or loud music.

Busting the stereotype of the grouchy older neighbor, about 60 percent of boomers have reported no problems with their neighbors. Millennial men also tend to call the authorities rather than knock on doors when it comes to dealing with problems. Millennial women and boomers generally ignore the problems.

The frequent friction in apartment settings does not surprise David Weidner, managing editor for the Trulia blog. "If you're going to be living in close quarters and sharing the same common ground, then there are more potential conflicts," he says. "In general, the better you get to know your neighbor, the less potential for conflict."

With half of all millennials renting, getting along with them as neighbors is an issue for boomers who are downsizing into rentals. By 2020, an additional 6 million boomers will sell their homes and move to an apartment, according to a survey by Freddie Mac. However, even connecting with millennials is a problem: They are the least likely among generations to have face-to-face contact.

So how do you befriend — or at least become acquainted with — younger neighbors, especially when they are wearing earphones and staring at a smartphone?

It can be done, says Melinda Blau, author of Consequential Strangers, which looks at the importance of casual relationships.

An apartment dweller in both Manhattan and Miami, Blau believes it's easier to make friends in an apartment setting rather than a private house because of chance encounters in the elevator, lobby, gym and other shared spaces. Blau offers these strategies:

Mary W. Quigley, a journalist and author, has written two books about motherhood and work. A New York University journalism professor, she is the mother of three adult children and blogs at Mothemothering21.com