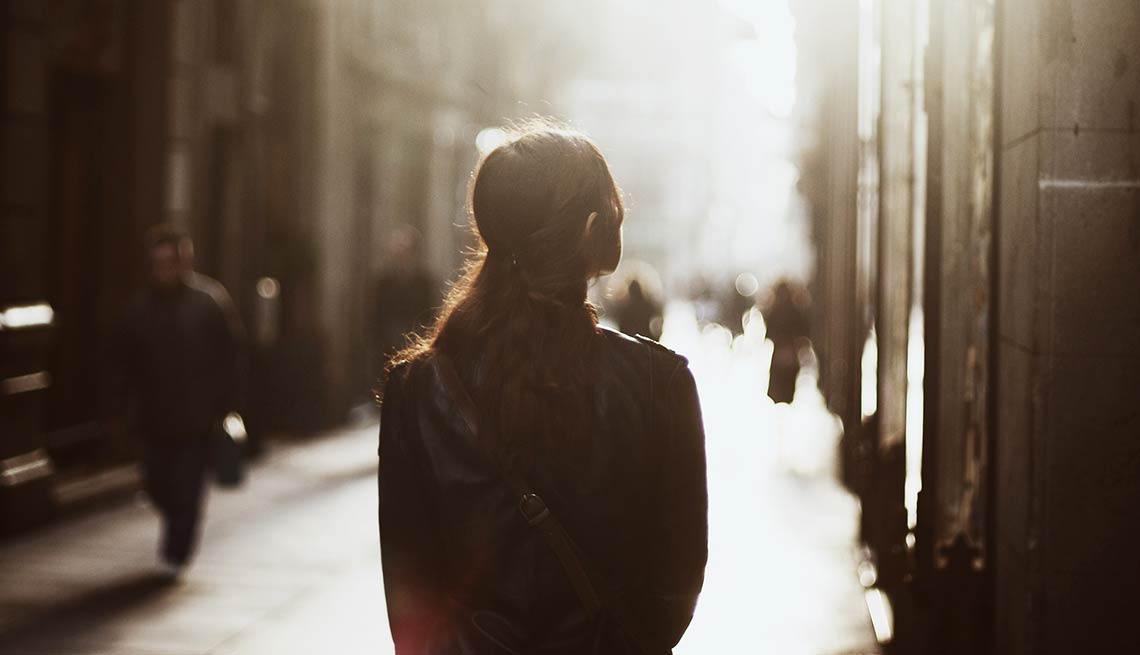 Walking through the present can reveal treasured family memories.

When people die, we say they pass away. Lately, I've experienced the opposite.

Since relocating to Pittsburgh — near the town of Ebensburg, Pa., where my grandparents lived — I've experienced moments of closeness with them. They're like little hellos reminding me that even though they're no longer living, they're still very much here.

Just last week, I met a woman from an area next to my family's small town. It was a Tuesday morning, and we were both attending an all-day meeting in Pittsburgh.

"My grandparents owned a store near you," I told her during a break. "It was called J. Covitch & Son."

"My goodness, I still have clothes from there," she said.

The store, which closed shop almost two decades ago, was located an hour and a half east of Pittsburgh, so the odds of it coming up in conversation now are exponentially greater than when I was growing up in Kentucky, or when I lived in New York City in my 20s.

Still, it was almost surreal to meet someone new and find out she has clothes in her closet from my grandparents' store. I had to shake my head and smile — and lock myself in the bathroom stall for a minute to collect myself. Pop Pop would have been amused. "We're the criers," he'd always say as we teared up when parting ways.

That's the thing: These moments are all the more powerful because they happen without warning, as I'm going about an average day.

I might be jogging across the bridge near my apartment and see "1924" on the side. Pop Pop would have been 8 years old, I'll think, and my grandmother would have been 7. Did they know about its construction? Did they cross it as kids or as adults?

I might be going to dance class and remember that the studio is a block away from where Pop Pop got his pacemaker, the device that let him have 96 years on this planet, 30 with me. Did he walk down the same sidewalk? See the same shops? Smell the same doughnuts at the bakery next door?

It reminds me of Walt Whitman's dialogue with past and future generations in the poem "Crossing Brooklyn Ferry": Just as you feel when you look on the river and sky, so I felt … What is it then between us?

The intersection between past and present is like magic. It's the glue that connects us and reminds us that we're together in this. For the first time in my life, I'm living down the street from my grandparents. Some might say they're no longer around, but every so often, I'm reminded that they are. And I'm comforted by that, especially as I find my footing in a new city and start a new chapter.

Laura Hahn is a gerontologist committed to intergenerational solidarity and age-friendly communities.