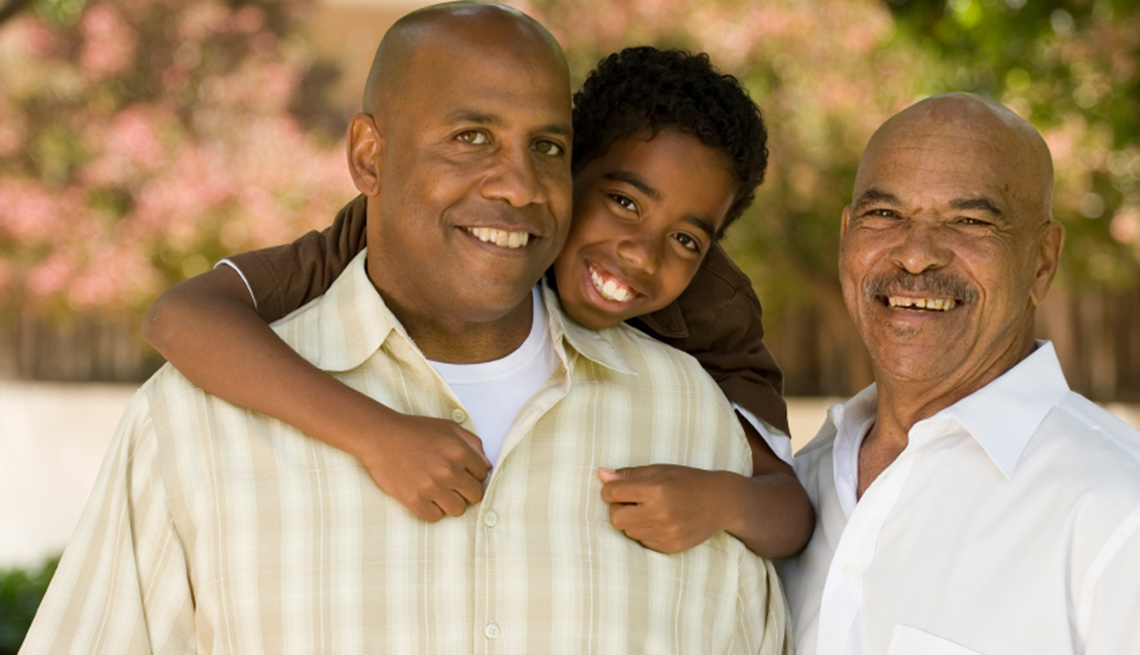 Pretty much all of us appreciate our fathers, but we might not always take the time to tell them how very wonderful they are. And that's why there is Father's Day — an annual holiday that honors the men who've shaped our lives. To help celebrate, we asked members of our online community to share their letters of thanks to their dads. Here's a sampling, lightly edited, of what we received:

You are my hero

My truest friend, my father, died on Mother's Day. I'm sure he wanted to be with Mom on her day. His name was Casey, and he was a hero who always did the right thing and never said anything negative about anybody. Once you're gone, all that is left is your reputation and integrity. Dad nailed it! It wasn't a burden, but a privilege to care for both my folks in their declining years. No son could ever love his father more. I miss you, Daddy. —Kenny

To the dad I never met

I never got to know you, since you died before I was born. I'm sorry your life was cut short and we never got to know each other and share our lives. But if all of what I was taught in church is true, then we will meet sometime in the future. Right now I'm taking advantage of being a dad to the fullest, knowing what my boys would miss if I were not here for them. —ris2000

You've been a steady, safe anchor

Throughout my life you've always been there. Your love is constant, your support assured; the world is a safe place with you there. You taught me to love, and to make the world a safe place for others. I love you, Dad. —sb5830

You'll be forever in my memory

My father was my best friend. He was 40 years old when I was born and my mother was 36. They were married for 50 years when my mother passed away. Their love and wisdom will be with me till the day I die. When you think of your father and mother and a tear comes to your eyes, you understand the power of love without speaking a word. —td41206246

Thank you for dedicating your life to our family

I'm sorry I didn't fully appreciate my father while he was still with us. Only in my advanced age do I realize the many sacrifices he made to provide and care for all eight of us. We were his priority. He rarely allowed himself even the simplest of nonessential pleasures. I am blessed to have his work ethic, practicality and compassion for others. Thanks, Dad. —Gonzaf

He gave me unconditional love

I loved my dad with all my heart. He was the only man who loved me completely, with all my flaws and temper. When a stroke put him in a hospital bed the last nine months of his life, he never complained, and always had a smile on his face. I have wonderful memories of him that I pass on to his grandchildren and great-grandchildren. If your dad is still with you, make every day count. —mw67031927

Honoring a special sort of dad

My father has passed, but I am writing about another father: my best friend, Jim. He is the most wonderful father and grandfather I know, though he has no grandchildren of his own. The girl he lives with has grandchildren. He spends his weekends at home so he can be with these kids and grandkids — even though he's a truck driver and during the week works easily over 80 hours. He is so kind and sweet to them. I'm proud to call Jim my friend. —margiekelley

I think about the stories you left untold

Today the national news is filled with the anniversary of D-Day and the soldiers who fought and died on June 6, 1944. My father fought in World War II. He was off at war during the first 18 months of my life, and that may be why I always felt that there was a distance between my father and myself. He was very practical, knew how to farm and took care of his family, but he never talked about the war. He died of a heart attack when I was 18 and in my first year at college. My two sisters were with him when he died, though we have never spoken of that day. I am a lot like my father, I think. I've often wondered what he would have been like had he lived into old age. Would he have enjoyed having three grandsons? Would he have taken them to the pond to show them how to fish? Would he have told them stories about how he fought in the war — the stories he did not tell his three daughters? Would the passage of time have made a difference? —Sparkel18

I brought you red carnations

In honor of Father's Day I decided to share a sunny afternoon with the man who shaped so many of my beliefs and characteristics. My dad, who died last year, was a man of strict faith, sly humor, compact build and more than his fair share of quirks and contradictions. I remember him once casually admitting admiration for a particular flower. My dad — a man who found it difficult to hug his children — was a secret flower-loving softy. Carnations, as it turned out, were his favorite. And so, carnations are what I presented to him on this day. It was hard to know if they pleased him, but I chose to think they did. I told him I loved him, missed him, and how much I wanted just one hug. I reached out my arms and rested my hands upon the curved marble of his headstone. "Dad," I said, "Happy Father's Day. Your service to country, family and God were impeccable." —gg4635