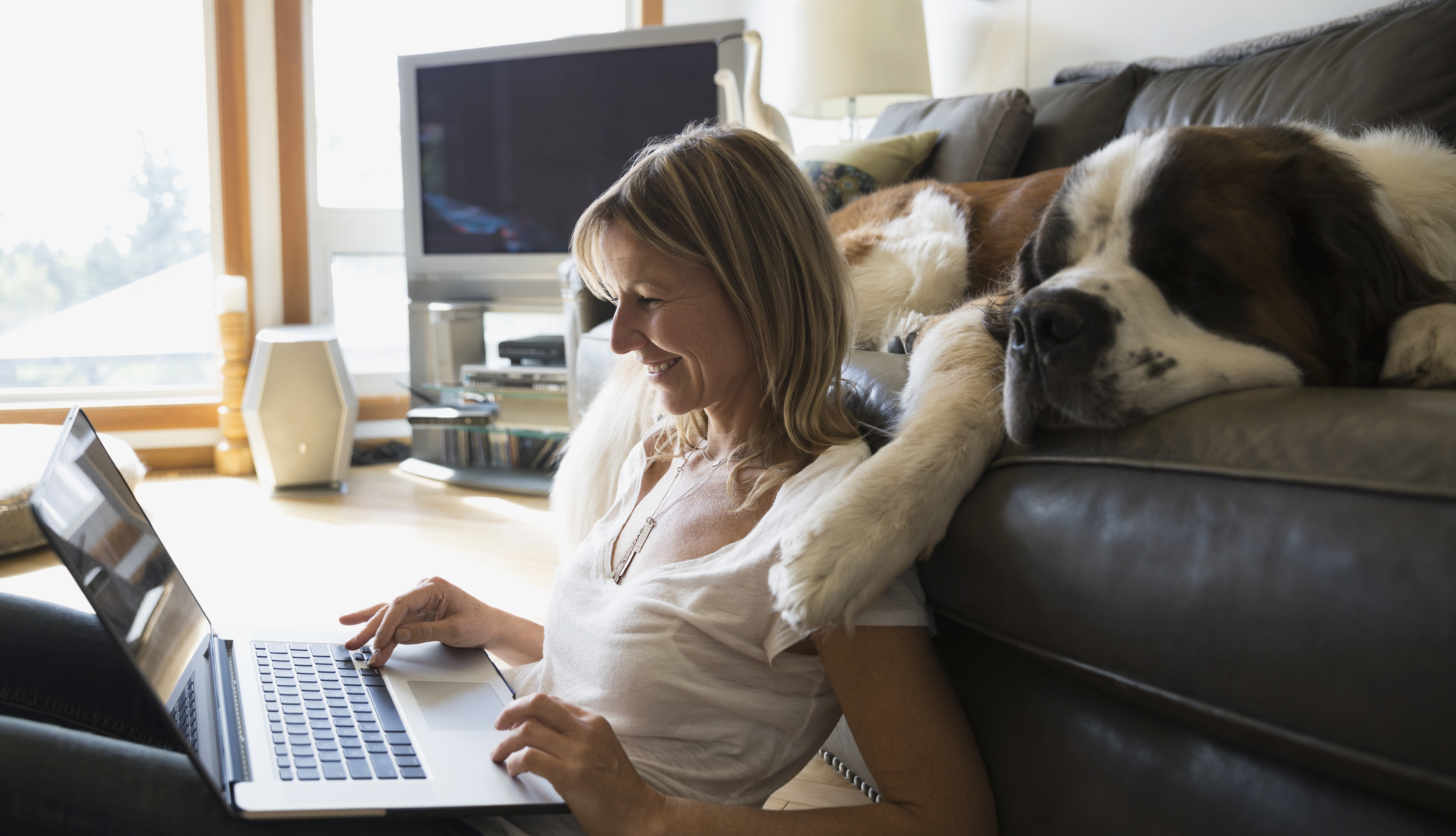 First the good news: It’s an opportune time to be single and over age 50.

Dating apps and websites abound, exponentially expanding the dating pool. With a few swipes on a smartphone, the divorced, widowed and never married can easily connect with potential partners at any time, from any place.

Now the bad news: To participate, you must create an online dating profile.

And the worse news: To reap full benefits, dating experts say your profile should be upbeat and enticing, and include at least three current photos.

Cue the anxiety. For many people, it’s hard enough to make casual chitchat at a community picnic — much less “sell” their looks, interests and personality traits to total strangers.

But don’t panic yet — there’s some more good news. Relationship experts have studied what works and doesn’t in online dating profiles, and we've collected some top tips. So whether you’re on eHarmony, Tinder or OurTime — or age 51 or 81 — there are tried-and-true methods for creating a standout profile.

Here’s what to do.

Prioritize your pictures. “The importance for having great photos can’t be stressed enough,” says Julie Spira, a dating coach and an expert for the over-50-focused dating site OurTime. “You’re only as good as your worst photo.” Post a variety of shots, she says, including a close-up with you smiling (sunglasses off!), a full-length body picture, and an activity or travel photo. Reticent about showing your body? Here’s some incentive: Users with a full-body photo get 203 percent more incoming messages than the average, according to data from the dating site Zoosk.

Showcase what makes you unique. Post photos that highlight the real, authentic you, says dating coach and Dates & Mates podcast host Damona Hoffman. “Don’t be afraid to show your quirky side, your nerdy side, your goofy side,” she says. “That’s what makes you different.”

Keep your write-up positive. Don’t include a laundry list of what you want and don’t want in a romantic partner, says Meredith Golden, a ghostwriter for dating site and app users, who helps clients craft online profiles. Saying you’ll only date someone with certain characteristics, such as tall or athletic, “makes you look negative,” and you could disqualify someone who could be an ideal match, she says.

Sprinkle in engaging tidbits. Ditch nondescriptive and overused phrases such as “I look younger than my age” or “I love to take beach walks,” Spira says. Instead, share five or six brief, interesting details about your hobbies and interests, as well as general fun facts, Golden says. Some examples are: “I make a killer grilled cheese,” “I was the captain of my high school bowling team” or “I know the best taco place in the city.”

Provide a conversation starter. Offer up an opening line, such as “ask me what I'm reading” or “if you're not sure what to message me about, just ask about my dog,” at the end of your profile, says Megan Murray, editor in chief of Zoosk's online magazine The Date Mix. “It makes it a lot easier for someone you've matched with to send you a message.”

Be truthful. Resist the urge to lie about age, height, body type or absolutely anything else. “You want to have truth in advertising,” Hoffman says. “People will be upset if you present yourself in one way and show up another way. You’re setting the foundation for a relationship, and you don’t want to set it based on a lie,” Honesty is the top trait wanted by female online daters 50 and older and the second most wanted one by men in that age group, according to an analysis of Zoosk profiles.

Leave off anything highly personal. Don’t post identifying information such as your home or work address, a link to your website or a picture of your car with a visible license plate number, Spira says. And save any photos of kids or grandkids for social media sites such as Facebook, where you can control your privacy settings.

Enlist an editor. Once you finish your draft, get candid feedback from a friend with good judgment, Golden says. Ask that pal to review grammar, spelling and tone, as well as your photo selection. Revise and continue to make tweaks “until you feel that you’re representing the best version of yourself,” she says.

“If you have an excellent profile, then ideally the dates will come to you,” says Hoffman, who recommends that users also reach out to others.

Your profile is “like your résumé or calling card,” she says. “That is the gateway for you to get more dates.”