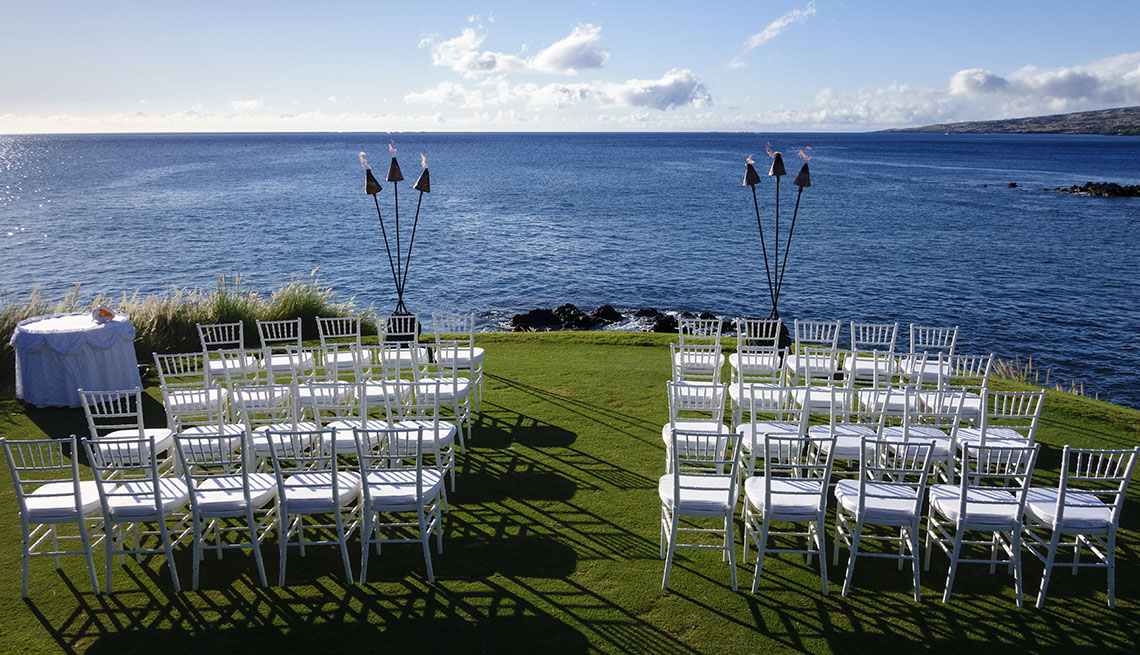 Bonnie Lee Mahler didn’t plan to fall in love, remarry and move to Hawaii. What she did plan, though, was the decision to start exploring her life, asking herself some big questions.

She had already experienced enough pain for several lifetimes, losing two of her three sons in boating accidents, two years apart, an unthinkable tragedy. She had recently divorced her husband of 30 years. And while she was passionate about both her careers—the fitness director at a popular Utah spa, Bonnie had found a fun sideline performing in Las Vegas as a Celine Dion impersonator—she knew she needed some perspective as she continued to grieve the loss of her boys.

“It took a lot of courage, but I told my husband I needed to move on,” she says. “And when I left the marriage, I dove into my personal development. My CD player never stopped. I was listening to DVDs and tapes all the time, so I could work on myself. I understood that if I was ever going to attract somebody who was healthy, I needed to be healthy myself—in my body, mind and spirit.”

Then, on a trip to celebrate her 55th birthday, she and a friend flew to Hawaii. One night, dancing at Waikiki, a handsome man cut in, “and we couldn't keep our eyes from connecting.”

Bonnie and her friend spent the next four days with Mark and his son Erik. There was some romance, but mostly it was just fun to have locals show them the town. “We even went skydiving,” she says, but when Mark drove them to the airport, she didn't expect much from her vacation crush.

By the time she got off the plane in Utah, Mark had texted her; two days later, he flew in to see her. And he continued to fly to Utah every other week, to keep the courtship going. “We met in June. By September, we were engaged, and by December, we were married.” The following month, she packed up her life and moved to Kapolei, Hawaii.

Moving away from family, friends and professional contacts was a huge leap, very scary, but there was an upside. “It also created this kind of wonderful sabbatical, a chance to rethink what I wanted to do with my time.”

Bonnie dabbled, letting herself explore new career possibilities the same way she was exploring the island’s beautiful lagoons on her daily walks. (Want to try this yourself? Life Reimagined’s program, Embrace Your Calling, is a good start.) She began doing some wellness coaching and teaching a few yoga classes at a resort. When she bumped into a Neil Diamond impersonator she’d known in Las Vegas, Bonnie wound up doing Celine with him for an eight-week show. She helped Mark with his scuba-diving company, and the two took diving trips to Bali and Thailand.

But mostly, Bonnie focused on putting her past into perspective. “I had always wanted to write a book, and so I began going through journals—what an education. You think you’ve grieved, but you go back and look at it, you realize you have to grieve again.”

The Mormon values Bonnie was raised with “provided me with a strong set of principles, and those have been stepping stones, and make it easy to embrace Eastern culture, this idea of trusting the world but also searching internally for whatever strength you can find.”

Learning to be open to what comes next in life, she says, has been one of the best lessons. “When I came to Hawaii, I embraced it,” she says, quoting the title of her new book, Embrace the Moment. Now 60, she says the process of writing the book has freed her to make a more concerted effort to “go with flow.”

Bonnie teaches yoga, adds motivational speaking about her life to her Celine act, which she continues to burnish with new songs and more vocal coaching. “But my intention is to do it event by event, so I don’t get burned out again.”

And she participates in seminars and workshops, to share her message about “honoring the past, and the hard things that happen and then releasing it. My biggest thing is `Where can I go now? How can I make a difference?’”