If you've jumped (or been thrown!) back into the dating pool lately, you might want to know about the Three Rs of Dating: Rejecting, Recycling and Retreading. 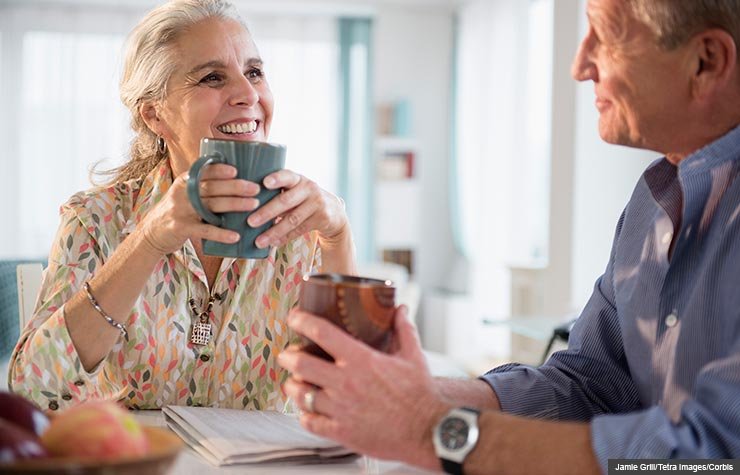 As you'll see, any one of these can make you wince, ache or change course. (One of them even led to the altar!) Here's how I define each R:

It's a sad fact of the dating life that at some point you may have to tell someone, "This just isn't working for me." As brutal as that statement is to say, it's even tougher to hear. I've been on the originating or receiving end of the following rejections: "I need space." "I need time." "I thought I was over my ex." "It's not you, it's me." "Actually, it is you."

On a date with a dour-looking man, for example, I worked hard to converse. It wasn't fun, but when he asked me out again, I accepted. Why? Because most people are nervous early on, and everyone deserves a second chance.

Turns out I hadn't been too quick to judge: Date No. 2 was more of the same. Expecting not to hear from him ever again, I was surprised when the phone rang three days later. It was Mr. Dull-As-Dishwater. "I don't want to see you again," he blurted out. "I don't think we have much chemistry."

Much chemistry? It was clear to me we had none. Still, it hurt to hear him say it — and left me wondering why I hadn't beaten him to the punch. Moral of the story? It pays to be direct — or blunt, as conditions demand.

One time I agreed to a blind dinner date, only to find the man raging about his ex-wife before the entrees arrived. First he called her a "bitch." Then he called her something much worse. It was all I could do to choke down my food. So to those five verbal rejection lines above, let's add a sixth: "I don't need your anger." In fact that's just what I said when the check came. I left money for my meal. Then I left Mad Man sitting at the table.

The second R of dating involves considering candidates who were formerly taboo. After my divorce, for example, my neighbor Sandy suggested I call her first husband, Dan. I hesitated.

Guilty as charged. Dan, a social worker with a crunchy-granola personality, had been all wrong for chichi Sandy, now happily remarried to a wealthy businessman.

Eventually, I phoned Dan. Before I could cough up the reason for my call, thankfully, he announced that he was getting married. "You'd love my fiancée," Dan assured me. "Maybe the three of us should go out." Right. Or maybe not.

By contrast, recycling worked for my college friend Paul, widowed at 68. He was dating a doctor I'll call Fran. Paul loved Fran's credentials, and he loved detailing them to anyone who'd listen (as I dutifully did). I met Fran for the first time when the two of them came to New York, and was surprised to find they weren't the least bit lovey-dovey. Indeed, they weren't even on the same wavelength.

A month later, they broke up.

At Fran's suggestion, however, Paul began dating a friend of hers — a retired teacher. Like Paul, she is a golfer, a foodie, a theater buff. When I saw them recently, their mutual affection and enjoyment were palpable.

"What does Fran make of all this?" I asked. Both reported that she was cool with it, and that the three of them remain close friends. Now that's what I call mature recycling!

At last year's faculty Christmas party, a fellow instructor introduced me to her date. As soon as he disappeared for refills, she giddily revealed that "He's the one!"

By March, he had moved into her apartment. "That was fast," I observed.

Except it wasn't — not at all, for she'd met the guy 15 years ago. "For me it was a case of 'the right guy at the right time,' " my friend explained. And often the right frame of mind.

At camp when I was 13, my bunkmate Ellen started going steady with Bob, a fellow camper who adored her (and who wanted to keep things going after the closing banquet). But they lived in different cities, and cute, popular Ellen ended it when she got home.

Then, at 22, Ellen married her college boyfriend. Bob got married, too. By the time he hit 50, Bob had been divorced three years. That's when he heard that Ellen, too, had separated from her husband. So he called her out of the blue, and both were smitten. Bob and Ellen recently celebrated their 15th wedding anniversary — a successful retread that was 37 years in the making.

Nancy Davidoff Kelton is one of AARP's dating experts.