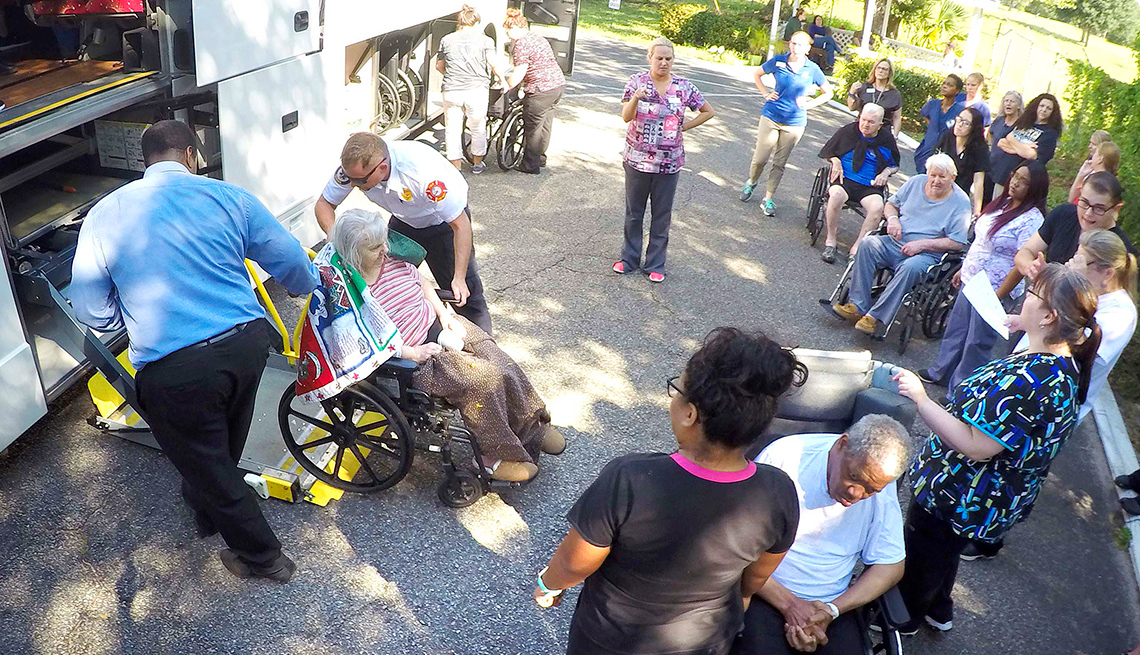 Florida's fits and starts toward recovery from Irma have shifted to urgent efforts to protect its vulnerable elderly residents after a string of nursing home deaths.

Several nursing homes have been evacuated because of a lack of power or air-conditioning, and utility workers raced to help dozens of others still without electricity on Thursday. Homebound seniors found help from charities, churches and authorities.

On Thursday, 57 residents were moved from a suburban Fort Lauderdale assisted-living facility without power to two nearby centers where electricity had just been restored. Owner Ralph Marrinson said all five of his Florida facilities lost power after the hurricane. Workers scrambled to keep patients cool with emergency stocks of ice and Popsicles.

Older people can be more susceptible to heat because their bodies do not adjust to temperatures as well as young people. They don't sweat as much, are more likely to have medical conditions that change how the body responds to heat, and are more likely to take medication that affects body temperature.

Most people who die from high body temperature, known as hyperthermia, are over 50, according to the National Institutes of Health.

Homebound older people were also a concern. The Greater Miami Jewish Federation, which before the storm encouraged residents to evacuate if they could, is checking on older people and bringing supplies to their homes, said CEO Jacob Solomon.