"The light … drew out of the darkness her puckered throat and …. deepened fantastically the hollows … of her high-boned face." Thus did novelist Edith Wharton describe in her 1911 novella, Ethan Frome, a disgruntled family caregiver's negative, macabre perception of his chronically ill wife. (Maybe you remember reading it in high school.)

Over a century later, our population is much older, and family caregiving is more prevalent than ever. It is little wonder, then, that more and more American movies and novels are portraying brave and beleaguered family caregivers. As with the best artistic creations, they convey psychological truths more credible and profound than those found in works of nonfiction. They illustrate the challenges that caregiving families face, validate our own negative and positive perceptions, and sometimes offer instructive pointers.

What's more, they provide hard-pressed caregivers the momentary relief of getting lost in imaginative and compelling stories. Here are six of my favorite movies and books with a caregiving theme. 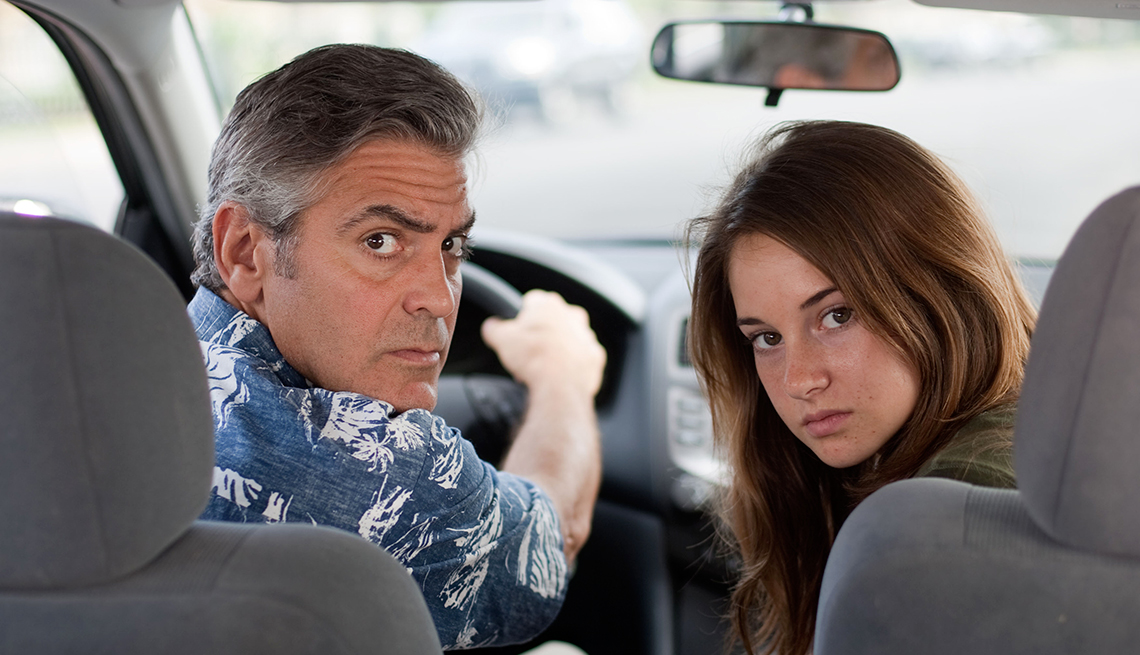 An Academy Award winner for best foreign language film, this 2012 movie tells the story of a mostly devoted, octogenarian husband caring for a wife who's descending steadily into vascular dementia after a series of strokes. The director gives us an unvarnished depiction of a couple's life of misery while coping with illness — the unending moans of pain, the backbreaking bed and shower transfers, the claustrophobia of being largely confined to one's own apartment — as well as the disappointing support systems of unreliable and abusive home health aides, ineffectual doctors and nurses, and self-absorbed adult children. As vivid a glimpse of suffering as this movie paints, it is no vision of ideal caregiving. The husband is too rigid, trapped by promises made. He aggressively stymies his daughter's efforts to help out and fails to recognize or seek treatment for his disabling depression. His final solution to their problems may strike some as compassionate but, in my mind, represents sustainable caregiving's ultimate failure. View this movie for its meticulous acting, not as a model for action.

In this 2011 movie, George Clooney plays a man whose wife becomes comatose after a boating accident. It's more a depiction of end-of-life issues than caregiving issues, yet it conveys two important lessons for all caregivers: The husband's and children's ambivalent response to the wife's plight is a reminder that emotional reactions are never just about the current medical crisis but are always shaped by events and interactions in the past (in this case, the wife's affair). The movie also teaches — through its final scene where the father and daughters cuddle up on the couch to watch a movie — that families do endure and can heal, even after horrific losses.

This 2012 comedy is about an aging ex-convict (Frank Langella) who still lives alone despite the fact he can no longer remember or reason. His adult children persuade him to try out a futuristic robot butler that will awaken him, feed him balanced meals and force him to exercise daily. Instead, the former jewel thief instructs the robot to go on a crime spree in the neighborhood. The take-home message: Caregivers should take into account that even dementia care recipients may retain some formidable wits and skills.

Caregiving can make you a better, more mature person. That is Hollywood's rosy lesson for caregivers here. In this inspiring 2007 movie, a brother (Philip Seymour Hoffman) and sister (Laura Linney) decide to step up and care for their elderly, demented father — from whom they were estranged for many years because of his physical and emotional abuse. They alter their professional and personal lives and grow emotionally through the process of advocating for him in his antiseptic nursing home. After his death, they reap the reward of being able to make deeper, more sustainable commitments in their personal and work relationships.

A tortured son caring for his demented mother doesn't fare nearly so well in this novel by biographer and politician Michael Ignatieff (Farrar Straus & Giroux, 1994). Its story contains many familiar components — including sandwich generation torment, rivalrous siblings and determined attempts to win a distant parent's approval — but amounts to a cautionary tale about compulsive caregiving. For Ignatieff, there's a thin line between virtuous self-sacrifice and vexing self-destruction propelled by guilt. His pointed lesson is that the too-obsessed caregiver eventually loses his sense of self as assuredly as the care recipient with dementia.

Living in the Land of Limbo

This new collection of short fiction and poetry about family caregiving, compiled by AARP contributor Carol Levine (Vanderbilt University Press, 2014), includes stories of both tortured and enlightened caregivers by such noted writers as Alice Munro, Raymond Carver and Mary Gordon. In "We Are Nighttime Travelers" by writer and physician Ethan Canin, an elderly man with diabetes complications uses his growing confusion to reach out to his longtime but distant wife. The couple embraces for the first time in a decade after a night of strange behaviors caused by his delirium. ("My hand finds her fingers and grips them, bone and tendon, fragile things.") Canin's short story is a reminder that, even with illness' slow decimation, sweetness remains when caregiver and care recipient find a way to turn toward each other.

Barry J. Jacobs, Psy.D., a clinical psychologist and family therapist, is a member of the AARP Caregiving Advisory Panel.