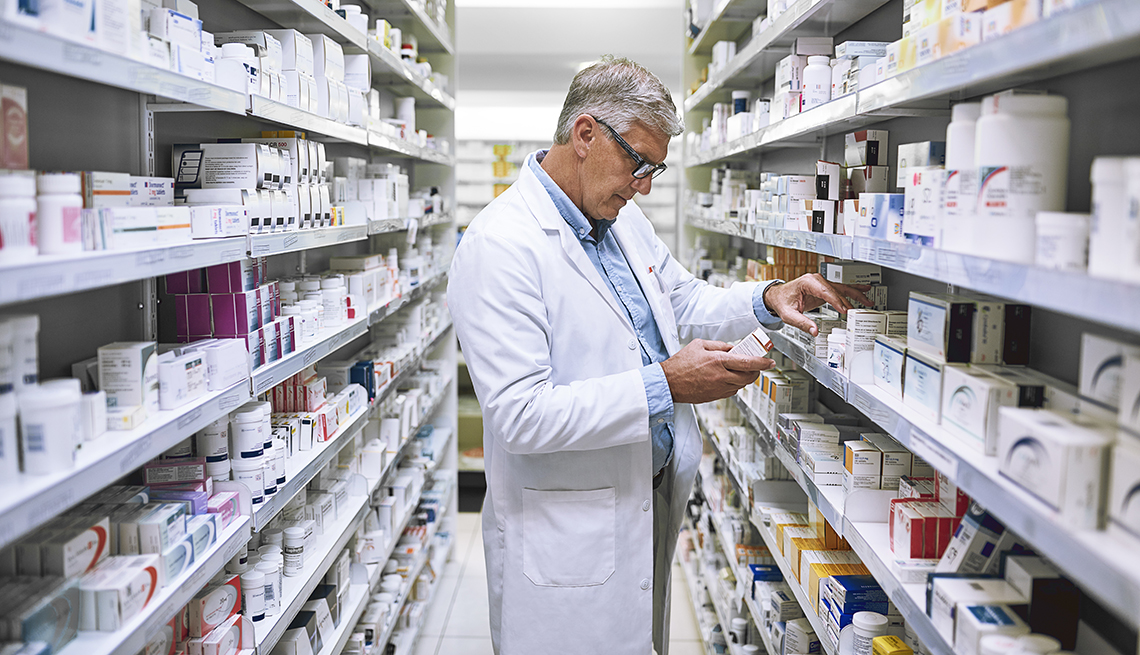 En español | Rebates that drug companies provide to Medicare Part D private insurance plans would instead go directly to some consumers under a new Department of Health and Human Services (HHS) proposal. But the administration acknowledges that if adopted, this regulation could lead to across-the-board increases in Part D premiums.

Currently, some brand name pharmaceutical companies discount the prices of their drugs and those discounts — or rebates — go to pharmacy benefit managers (PBMs), who then set drug prices for the insurance plans they administer. Under the administration proposal, the rebates, which are not now made public, would go directly to Medicare beneficiaries.

In a letter earlier this week to President Trump, AARP CEO Jo Ann Jenkins urged him to talk about what he plans to do to lower the “skyrocketing” cost of prescription drugs when he gives his State of the Union address on Tuesday. “AARP strongly supports reforms that will help lower prescription drug prices and provide relief to older Americans struggling to afford needed medications,” the letter says. “AARP strongly believes that we need solutions that focus on how drugs are priced when they first come to the market as well as how they increase over time.”

While the administration acknowledges that the proposed rule could lead to drug plan premium increases, it remains unclear exactly how much impact it would have. The administration also says that those who would benefit most from this proposed rule are Medicare enrollees with the highest drug costs, and those with plans that have high deductibles or those whose coinsurance is tied to the list prices of prescriptions. According to an HHS fact sheet, an estimated 30 percent of Part D beneficiaries “have drug costs high enough that their out-of-pocket savings will likely exceed any premium changes.” The administration also says that if Part D plans put more generics on their approved drug lists, improve negotiations with drugmakers or reduce their administrative costs, “premiums could be held constant and savings could be even greater.”

David Mitchell, founder of Patients for Affordable Drugs, said in an interview Friday that the most positive element of this proposal is that it “gets rid of secret rebates. We feel strongly that a system based on secret deals is bad policy.”  But, Mitchell said, “this doesn’t fix drug prices completely. We still need to directly negotiate the price of Part D prescriptions.”

The proposal also drew criticism from the health insurance industry, “From the start, the focus on rebates has been a distraction from the real issue,” says Matt Eyles, president and CEO of America’s Health Insurance Plans, an industry trade group. “The problem is price. Manufacturers have complete control over how drug prices are set. Already this year, more than three dozen drugmakers have raised their prices on hundreds of medications.”

Earlier this week, congressional committees in the U.S. House of Representatives and the Senate held hearings exploring the high price of prescription drugs, the first in a series of sessions lawmakers plan on the subject.