Editor's note (July 2011): The following article, posted during Medicare's open enrollment period last year, analyzed the drug and health plan options available in 2011. The next enrollment period — for choosing 2012 Medicare plans — will run from October 15 through December 7. This is a date change from previous years.

Once again it's time for people with Medicare to review their drug and health plans and, if they want to, switch to another plan with better benefits or lower costs. 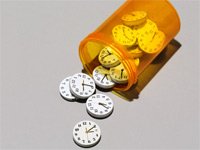 Costs: If you fall into the Part D "doughnut hole," you'll get a 50 percent discount on brand-name prescription drugs.

Premiums: If you pay higher-income premiums for Part B, you'll also pay a higher premium for Part D drug coverage.

Choice: Some current plans will no longer be available, but you'll still have plenty to choose from — between 28 and 38 prescription drug plans in each state, and at least 10 Medicare Advantage plan options in all but 29 counties.

Free services: Traditional Medicare and most Medicare Advantage health plans will charge nothing for an annual physical and many preventive services such as mammograms and prostate cancer screenings.

Capped costs: Annual out-of-pocket medical expenses (excluding premiums and prescription drug costs) in most MA health plans will be capped at a maximum $6,700 for 2011. Some plans have much lower limits.

In the past, relatively few people took this opportunity. But major changes for 2011 — some the result of the new health care law — make it important to pay attention to what's in store for next year.

Being a savvy consumer means reviewing your current plan's costs and benefits for next year, which are all itemized in the "Annual Notice of Change" letter that the plan has sent you; comparing your plan with others available; and then, if you choose to switch, signing up with a different plan during open enrollment, which began November 15 and ends December 31.

Here's a checklist for assessing changes in 2011, for those enrolled in a "stand-alone" drug plan — your plan if you receive your medical benefits through the traditional Medicare program — and for those in a Medicare Advantage plan, which provides medical benefits and drug coverage in one package.

Will my plan still be there next year? Some drug and health plans will disappear in 2011 for specific reasons — though not as a result of the new health care law.

Drug plans: Some won't be available next year, because of new Medicare rules that officials say are designed to offer consumers clearer choices between plans. Any insurer offering two or three plans must now make each plan's benefit package significantly different — for example, by offering a much lower premium in one plan or coverage in the gap known as the "doughnut hole" in another.

Among the plans that won't be offered in 2011 are two of the largest: the AARP MedicareRx Saver plan, with more than 1.5 million enrollees, and the PrescribaRx Bronze, with more than 480,000. If you're enrolled in any plan that is unavailable next year, you'll automatically be switched to another offered by the same insurer, or you can choose a different plan during open enrollment.

Although fewer drug plans will be available in 2011, some new ones will arrive in the market and there will still be plenty of choices in every state — from 28 plans in Hawaii to 38 in Pennsylvania and West Virginia.

Health plans: Many people enrolled in the Medicare Advantage program — a collection of mainly HMO and PPO managed care plans — fear their plans will disappear because the new health care law will gradually reduce the government subsidies these plans have received for the past seven years. But that process doesn't begin until 2012.

However, some non-managed-care plans known as private fee-for-service (PFFS) have chosen to pull out of the program because of a different 2008 law that takes effect in January. For the first time, most of these plans will be required to establish contracts with doctors, hospitals and other providers — something HMOs and PPOs have always had to do — so that enrollees can be sure which providers will accept their plan. As a result, the number of PFFS plans nationwide will drop from 435 to 239 in 2011.

If you're in a health plan that's withdrawing, you'll need to choose another or return to traditional Medicare. There will be a choice of plans in almost every locality — scores of them in some large cities. But in a few rural areas — 28 counties in Colorado and one in Utah — no Medicare Advantage plans will be available in 2011. In those areas, you'll receive your medical benefits from traditional Medicare next year and must enroll in a drug plan to get prescription coverage.

<p>Major changes for 2011 make it important to pay attention to what's in store for next year.</p>

Will my premiums go up? On average, premiums for stand-alone drug plans will rise by $1 a month, according to Medicare officials. But a more detailed analysis from Avalere Health, a consulting company that tracks Part D trends, finds some people will see their current premiums drop next year while others will see big increases.

Among the 10 drug plans with the most people enrolled, three will have lower premiums: On average, the AARP MedicareRx Preferred plan's premiums will drop by about 11 percent, and the CVS Caremark Value and Advantage Star plans by about 2 percent. Among the seven others, average premiums will rise by varying degrees, from nearly 3 percent in the Community CCRx Basic plan to nearly 20 percent in the First Health Part D Premier plan.

The lowest premium will be $14.80 a month for a new basic plan offered by Humana in all states. The lowest premiums for "enhanced" plans that offer some coverage in the doughnut hole will range from $32.90 in Arizona to $52 in Alaska.

In the Medicare Advantage program, people who stay in the same plan will see modest premium increases on average — a situation "quite different from 2010 when premiums rose rapidly," according to the Kaiser Family Foundation, a health research group. In 2011, about 97 percent of all beneficiaries will have access to at least one plan that includes drug coverage but charges no premium beyond the regular Part B premium.

One big change coming next year is a direct result of the new health care law: People who pay higher Part B premiums because of high incomes also will begin paying higher premiums for Part D. In both cases, the higher rates affect people with taxable incomes above $85,000 a year, or $170,000 for married couples filing joint tax returns.

Medicare officials say that the higher Part D premium surcharges will range from $12 to $69.10 a month, according to income level, regardless of whether a person has drug coverage through a stand-alone plan or a Medicare Advantage plan, in addition to the premium that plan normally charges.

Will I see higher copays? Most plans change their copayments every year, and 2011 is no exception. That's why it's always important to shop around, especially for drug coverage options. But this year there's good news on out-of-pocket expenses, all the result of the new law:

Will I have fewer benefits? Medical benefits available through traditional Medicare will be covered in all Medicare Advantage plans, as they've always been. But what of those "extras" that attract many people to the plans — like routine dental, vision and hearing care, health club memberships and fitness classes?

Most people in Medicare will pay the same Part B premiums next year as they did this year. But others — including boomers who will be getting Medicare in 2011 for the first time — will pay higher monthly amounts.

Due to a second year of frozen Social Security payments, in 2011 there will be three different "standard" premiums for Part B, which covers doctors and outpatient care. And people with incomes above a certain level will pay higher premiums for both Part B and Part D prescription drug coverage in 2011.

You will pay $115.40 a month for Part B in 2011 if: Your premiums are not deducted from Social Security checks, or you are newly enrolled in Part B.

You will pay a surcharge of between $12 and $69.10 a month for Part D drug coverage in 2011 if: Your taxable income is the same as for the higher-income Part B premiums above.

With thousands of plans throughout the country, many of them serving areas no larger than a ZIP code, it's impossible to get a general sense of what's happening to these extra benefits.

But a look at plans in one ZIP code — a heavily populated part of Miami — finds extra benefits there will remain almost wholly intact for 2011.

In that area, more than 50 health plans that include prescription drug coverage are sold in a competitive market. Although the vast majority (47) charge no premiums, many cover routine dental, vision or hearing care, most often all three. Of the 35 plans with these benefits in 2010, only one will drop them in 2011. Twelve new plans will also offer them next year. Similarly, only three existing plans will drop health club memberships or fitness classes as covered benefits next year, and 13 new plans will offer them.

And more plans next year will offer coverage in the doughnut hole — some of them for a few brand-name drugs as well as generics. But with next year's big discounts in the gap, you'll need to figure out whether these plans are worth the higher premiums.

How do I figure out the best plan for me? The most objective way is to use the Plan Finder on the Medicare website. It gives details for every plan in your area and, in the case of drug coverage, automatically does the math to find the one that covers your drugs for the least out-of-pocket cost.

If you don't have computer access, or find navigating this program difficult, you can get the same information by calling the Medicare help line at 1-800-633-4227.

Patricia Barry, a senior editor of the AARP Bulletin, writes about Medicare issues.

Are you changing plans next year? Leave a comment below or review coverage options with others in the Insurance and Medicare group.