En español | The Affordable Care Act has been a boon to Medicare beneficiaries, saving them more than $3.9 billion on prescription drugs, according to the Centers for Medicare & Medicaid Services (CMS). 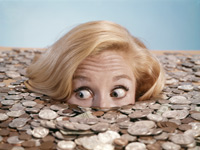 New data from CMS shows that more than 5.2 million older Americans and people with disabilities have benefited from the savings since the law went into effect March 23, 2010. More than 1 million people in the "doughnut hole" coverage gap have saved an average of $629 this year alone.

The health care law is helping seniors who are fighting to keep up with skyrocketing health care costs, says AARP Executive Vice President Nancy LeaMond. "These real savings for older Americans struggling with the ever-rising costs of prescription drugs are evidence that the Affordable Care Act is already improving the lives of millions of Americans," she says.

The saving opportunities have been rolled out in phases:

Also of interest: Have your say about strengthening Medicare now.