AARP In Your City

Section 2: The Parts of Medicare

Private insurers sell these plans, which help pay for medications that your doctor has prescribed 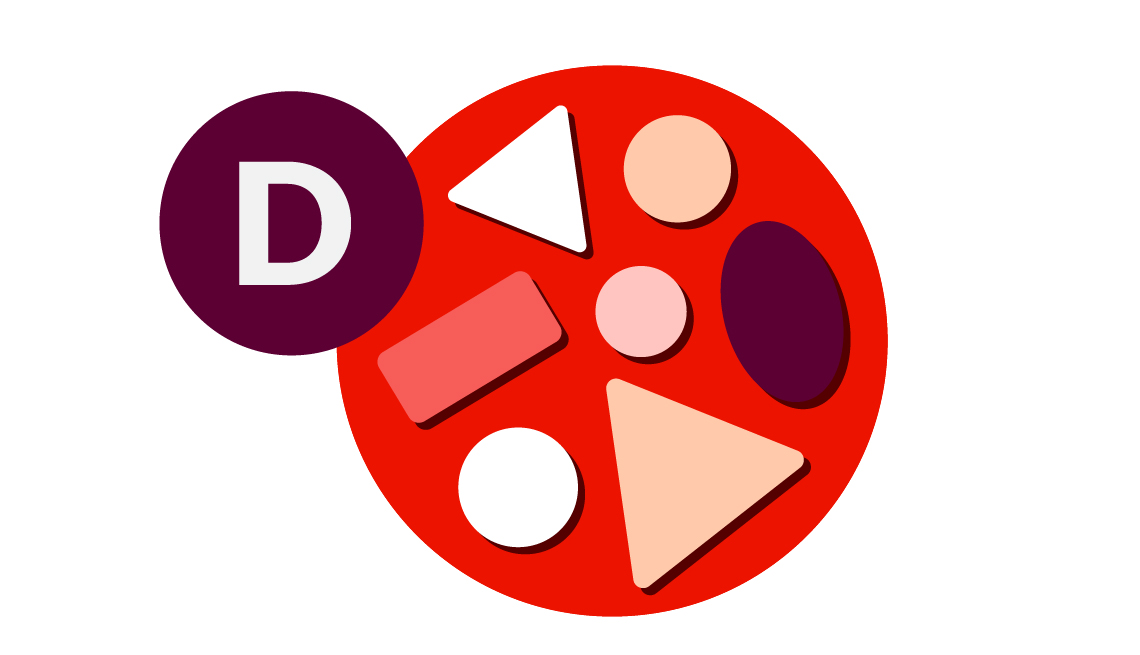 What Part D does, doesn’t cover

Parts A and B of Medicare cover most of your health care costs, but they don’t cover prescription drugs that you fill at a pharmacy. You can buy a Part D plan from a private insurer to help cover these expenses.

You can accomplish this in one of two ways: If you have original Medicare, you can buy a stand-alone Part D plan. Or you can purchase a Medicare Advantage plan that combines medical and drug coverage in its benefit package.

You’ll likely have many Part D plans to choose from. In 2022, the average Medicare beneficiary has 23 Part D stand-alone plans to choose from and 31 for drug coverage within a Medicare Advantage plan. The premiums and costs for your medications can vary by plan, and some plans require you to pay an annual deductible before coverage kicks in.

THE IMPORTANCE OF THE FORMULARY

Make sure the medications you take are included in a plan’s formulary. Also, find out how much you would have to pay from your own pocket for the prescriptions you take regularly.

Most plans have several pricing tiers with different levels of out-of-pocket costs. You may have a $1 copayment for preferred generic drugs, $5 for other generics and $20 for preferred brand-name drugs. You may be required to pay 20 percent or more of the cost for other brand-name drugs and specialty medications. Some plans require coinsurance for all the drugs they cover.

Your insurer may require prior authorization for certain drugs, limit the number of doses covered in a given period or require you to use other specified drugs in the same therapeutic category before you can receive what may be your preferred prescription. Nearly half the drugs in many plans’ formularies had one of these restrictions in 2020.

Formularies and drug tiers can change, so it’s important to recheck your plan every year during open enrollment. You can sign up for Part D or switch plans from Oct. 15 to Dec. 7 each year, with coverage starting Jan. 1. You can find out whether and how plans in your area cover your medications by using Medicare’s Plan Finder or checking with insurers directly.

CAN I USE MY PHARMACY?

Some plans have their own network of pharmacies while others offer nationwide access to drugstores. You may have lower out-of-pocket expenses if you use a preferred pharmacy within the plan’s network. Plans also may offer a mail-order service, which usually has lower cost sharing than what you would pay at a pharmacy down the street.

What you pay for Part D

How much you’ll pay for your prescriptions depends on the plan you choose and the medicines you take. Here’s a breakdown of the costs:

If you have original Medicare and buy a stand-alone Part D drug plan, you’ll pay a monthly premium that the plan sets. If you choose a Medicare Advantage plan with drug coverage, you’ll generally pay one monthly premium for all benefits — hospital, medical and prescription drugs.

If you’re single and your adjusted gross income is higher than $91,000 or if you’re married and are filing jointly with an income greater than $182,000, you’ll have to pay a high-income surcharge for Part D in addition to your plan’s premium. In 2022, the monthly surcharge ranges from $12.40 to $77.90 depending on your income, and it applies to Part D stand-alone plans and coverage in Medicare Advantage plans.

Some plans charge a deductible and others don’t. Medicare sets a maximum deductible amount each year. In 2022, the maximum annual deductible is $480, but some plans set their deductible lower.

A flat-fee copayment generally is required each time you fill a prescription for a covered drug. Copay amounts may vary based on a plan’s pricing tiers. The lower the tier, the lower your cost.

You’ll usually have lower copays for generic drugs than for brand-name medications. Copay amounts also may vary based on the pharmacy you use. Some plans charge lower copayments at preferred pharmacies. Each plan sets its own copay terms and amounts, and they can vary widely.

A NEW LAYER OF COMPLEXITY

Each plan negotiates with drug manufacturers and pharmacies. Your copays or coinsurance rates are based on your plan’s negotiated prices and Medicare guidelines.

The amount you pay for your medications also depends on how much you’ve spent so far this year on prescriptions through your plan, which adds an extra level of confusion. After paying a deductible, you’re in the initial coverage stage. This means you’re responsible for copayments and coinsurance for your medication until the total cost — what you paid and what your plan has paid — reaches a $4,430 limit in 2022.

At that point, you’ll reach the coverage gap, formerly known as the “donut hole.”

In the past, Medicare beneficiaries were responsible for 100 percent of their drug costs during this coverage gap. Now you’ll pay no more than 25 percent of the cost of your medications until your out-of-pocket costs for the year reach $7,050 in 2022.

When you reach that spending level, which is called the catastrophic coverage limit, your drug costs will drop significantly and you’ll pay no more than 5 percent of the cost of each of your drugs for the rest of the year.

The coverage stage cycle restarts at the beginning of each plan year on Jan. 1. Insurers that offer Part D plans explain specific drug costs and coverage in their Summary of Benefits or Evidence of Coverage materials.

THE OLD ‘DONUT HOLE’ IS GONE

After paying your deductible, you’ll have to share various costs of many drugs until you’ve reached $7,050 total, not including premiums.

If you don’t have prescription drug coverage as part of medical insurance at your or your spouse’s workplace or through another means, sign up for Part D during the seven-month initial enrollment period surrounding your 65th birthday.

Other ways your prescriptions could be covered outside of Part D:

• A retiree health plan from a union or previous job

Medicare recommends that you have some type of drug plan even if you don’t need prescriptions now. But you don’t have to sign up for Part D if you have other drug coverage that’s considered to be as good as or better than Medicare’s prescription drug plans, known as creditable coverage.

After your initial enrollment period, if you quit or lose your prescription drug coverage, you’ll have about two months to enroll in a Part D plan. If you go for 63 or more days without acceptable prescription drug coverage, you may have to pay a late-enrollment penalty. This penalty is 1 percent of the average Part D premium for every month you delayed and lasts for as long as you have Part D coverage.

Wonder whether the drug coverage you already have is creditable? You should receive a letter from your employer or insurance plan each September telling you whether you have drug coverage considered to be comparable to a Part D plan. Keep the documents so you can show Medicare that you don’t need to pay a penalty when the time comes to enroll in Part D.

Some drugmakers offer assistance programs for specific medicines they manufacture. You can look them up in Medicare’s tool by drug name.

This Medicare program assists people with limited incomes and resources. It pays for Medicare prescription drug program costs, such as premiums, deductibles and coinsurance.

Your State Health Insurance Assistance Program or state Medicaid office can point you toward other financial help in your area.

Many states and the U.S. Virgin Islands have one or more state-level programs to help with paying for portions of Part D, such as Nevada’s program that helps pay for premiums.