AARP In Your City

Making Medicare Work for You

How coverage can be customized to meet your needs

•  Alicia, a grandma who travels
•  Frank, a frugal retiree
•  Edgar, still on the job
•  Max, who has some health problems
•  Marie, a retired teacher
•  Andrew, who wants specific doctors

When it comes to Medicare, everyone has different needs.

Fortunately, it’s possible to customize coverage based on your personal circumstances. You’ll need to consider your health care and prescription medication needs, the doctors you would like to see and the plans available in your area.

The following are hypothetical examples of people who are about to turn 65 and are facing a decision about Medicare. Your costs will differ, but their cases can help you pinpoint the best choices for you. 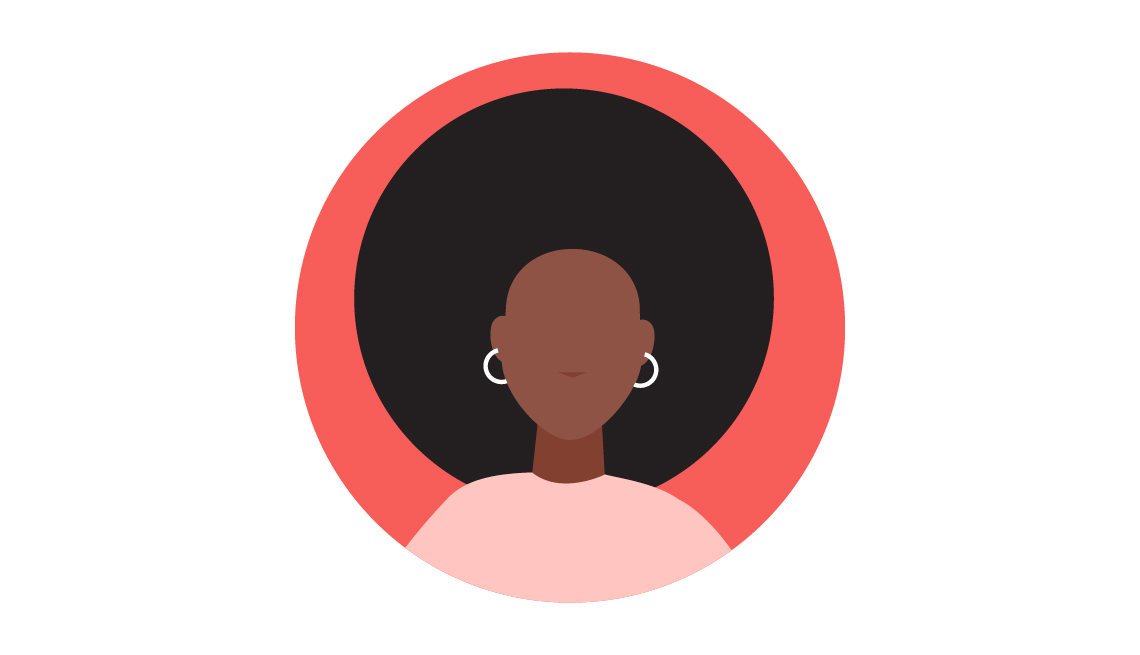 ALICIA, A GRANDMA WHO TRAVELS

Alicia is retired and has five grandchildren who live in different states. She travels frequently to visit them, often staying for a few weeks at a time. She also travels internationally every few years. She takes three prescription medications and sometimes sees specialists when she’s traveling.

She’ll have coverage for doctor visits and hospital stays when she visits her grandchildren and won’t be limited to a regional provider network with a Medicare Advantage plan.

Alicia won't need to pay the Part A premium. She worked only 32 quarters because she took time off to raise her children, but her husband had more than the 40 quarters needed to qualify for free Part A before he died. So she is able to receive this benefit based on her husband's work history.

Alicia buys a supplemental Medigap policy to help cover the costs of deductibles and copayments for Part A hospitalization and the 20 percent coinsurance for Part B doctor visits and outpatient services. The policy she picks provides some coverage for foreign travel. She purchases a Part D prescription drug plan that will cover her medications. Her costs: 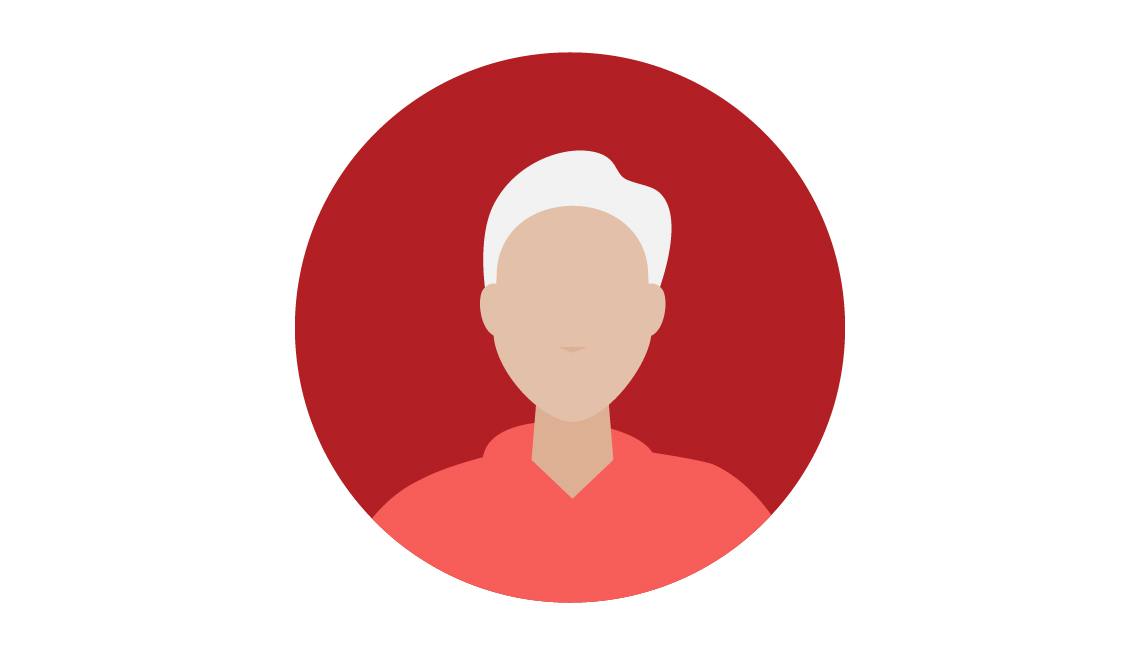 Frank is retired and receiving Social Security benefits. He’s healthy, and other than his annual medical checkups, he doesn’t see a doctor very often or take any medications.

He doesn’t travel much, and he’s looking for the least expensive way to get coverage in case he develops any medical conditions. He wouldn’t mind switching doctors if he can save money by doing so.

Since Frank is already receiving Social Security benefits, he’ll be enrolled automatically in parts A and B of Medicare and his Medicare coverage will start the first day of the month he turns 65. He won't need to pay the Part A premium. He chooses a Medicare Advantage plan that doesn’t charge a monthly premium, has no annual deductible and has prescription drug coverage. The plan doesn’t cover out-of-network providers and hospitals, but he finds a new doctor nearby. He won't have to pay a copay for preventive care or visits to his primary care doctor. His costs:

If Frank develops any health problems and needs regular prescription medications — or if he wants to start seeing a doctor who isn’t covered under his current plan — he can reevaluate his Medicare Advantage options or switch to traditional Medicare during the annual open enrollment period, which runs from Oct. 15 to Dec. 7. A switch to another plan would start Jan. 1. Or he could swap Medicare Advantage plans during the other open enrollment period, which runs from Jan. 1 to March 31.

Switching to traditional Medicare after being in a Medicare Advantage plan could be more difficult for him if he also wants to buy a private Medigap policy. If more than six months have passed since Frank enrolled in Part B, Medigap companies could charge him more or reject him for any medical conditions he developed before he decided to switch. 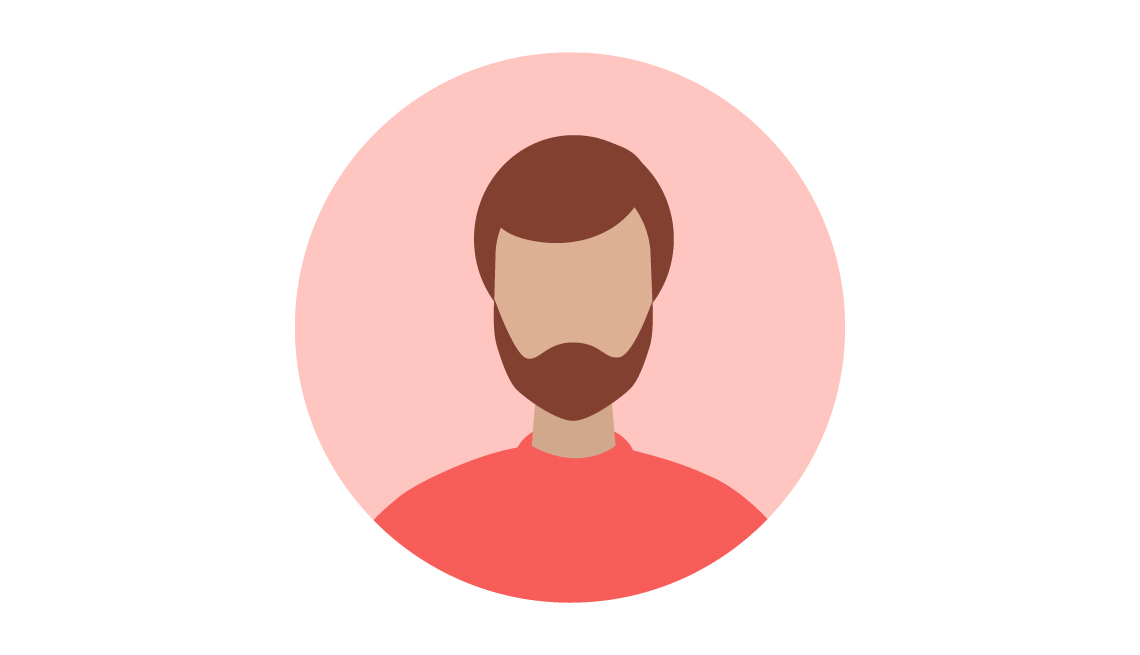 EDGAR, STILL ON THE JOB

Edgar is working for a large employer and doesn’t plan to retire for several years. He’s happy with his employer’s health plan, which covers dental, medical, prescription and vision costs and has low premiums and deductibles.

Edgar’s decision: Part A of Medicare and his employer’s health plan

Edgar signs up for Part A during his initial enrollment period because it’s free but decides not to sign up for Part B yet because he’s happy with his employer’s plan. Since he works for a company with 20 or more employees, his job-based insurance will be his primary coverage even after he turns 65, and he won’t be required to start paying the Part B premiums. His costs:

To avoid a late-enrollment penalty, he will need to sign up for Part B before or within eight months of leaving his job and losing coverage as an active employee unless he is able to switch to the plan of his spouse who is still working. At that point, he’ll also be able to sign up for a Medigap plan and Part D coverage. Or he can choose to enroll in a Medicare Advantage plan. 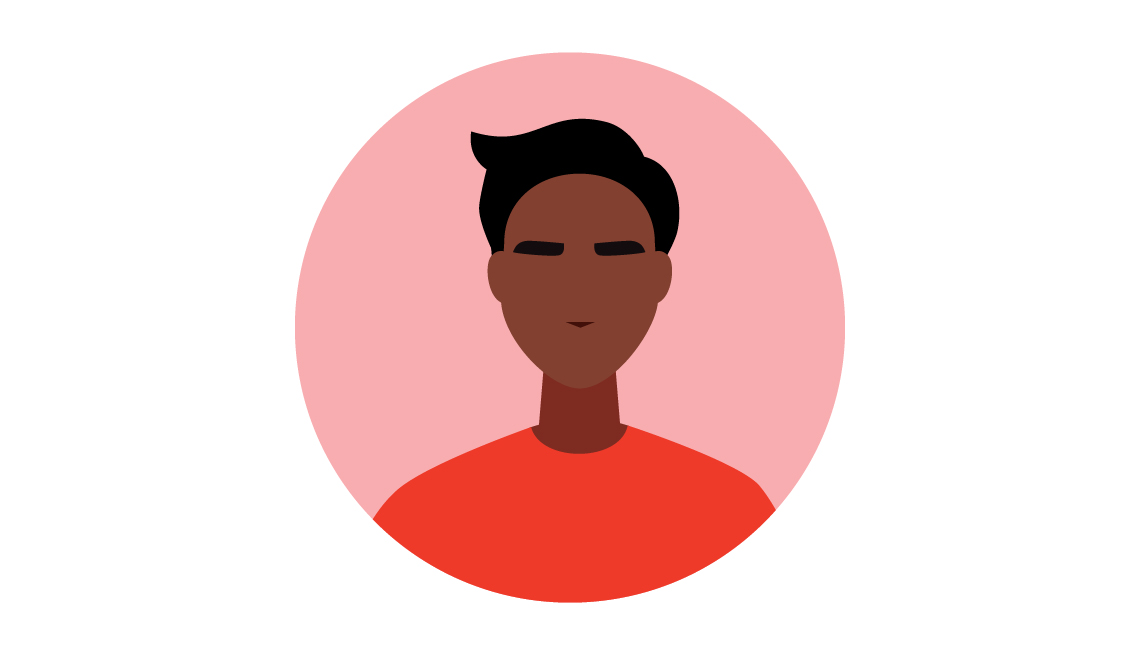 MAX, WHO HAS SOME HEALTH PROBLEMS

Max takes two medications and tends to have a lot of dental expenses. He doesn’t travel much and is looking for a plan that covers his medications and dental care. He sees a cardiologist regularly.

Max signs up for parts A and B of Medicare during his initial enrollment period (he won't need to pay the Part A premium). He chooses a Medicare Advantage plan that covers visits to his dentist and cardiologist. It doesn’t charge a monthly premium, and there's no annual deductible. When comparing plans, he looks at the total cost — premiums plus copays — for his medications and other medical expenses. His costs: 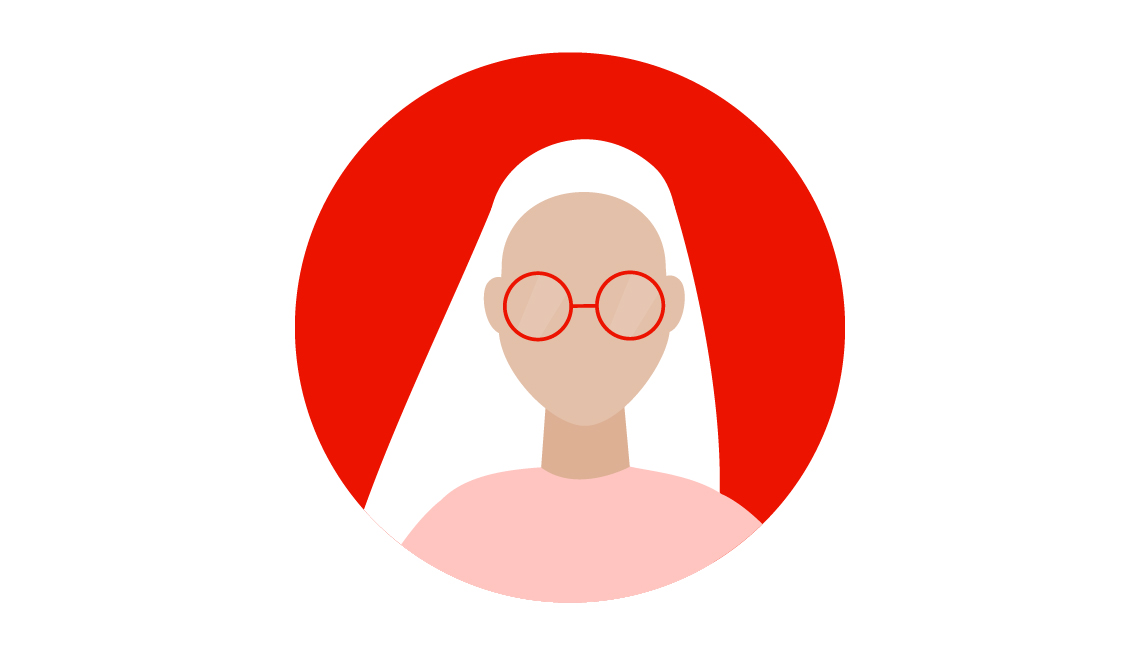 Marie retired five years ago after a long career as a teacher, and she’s happy with her retiree health insurance, which includes medical and prescription drug coverage. She can keep her retiree coverage if she continues to pay the monthly premiums.

Marie’s decision: Parts A and B of Medicare, plus retiree health insurance

Since Marie isn’t working, she signs up for parts A and B of Medicare during her initial enrollment period. Medicare will become her primary coverage when she turns 65, and her retiree coverage will become secondary. She won't need to pay the Part A premium because state and local government employees hired after March 31, 1986, have mandatory Medicare coverage. (Many hired before then also started paying Medicare insurance at some point in their careers under a Section 218 agreement between a state and the Social Security Administration.) Her costs:

Marie won’t need to sign up for Part D as long as her retiree benefits provide drug coverage that is considered at least as good as Medicare’s, known as creditable coverage. She should receive a letter from her retiree plan each September letting her know whether the retiree plan’s drug coverage is considered creditable. She should keep those letters in case she has to buy a Part D plan later and needs to prove that she had coverage to avoid paying a penalty. 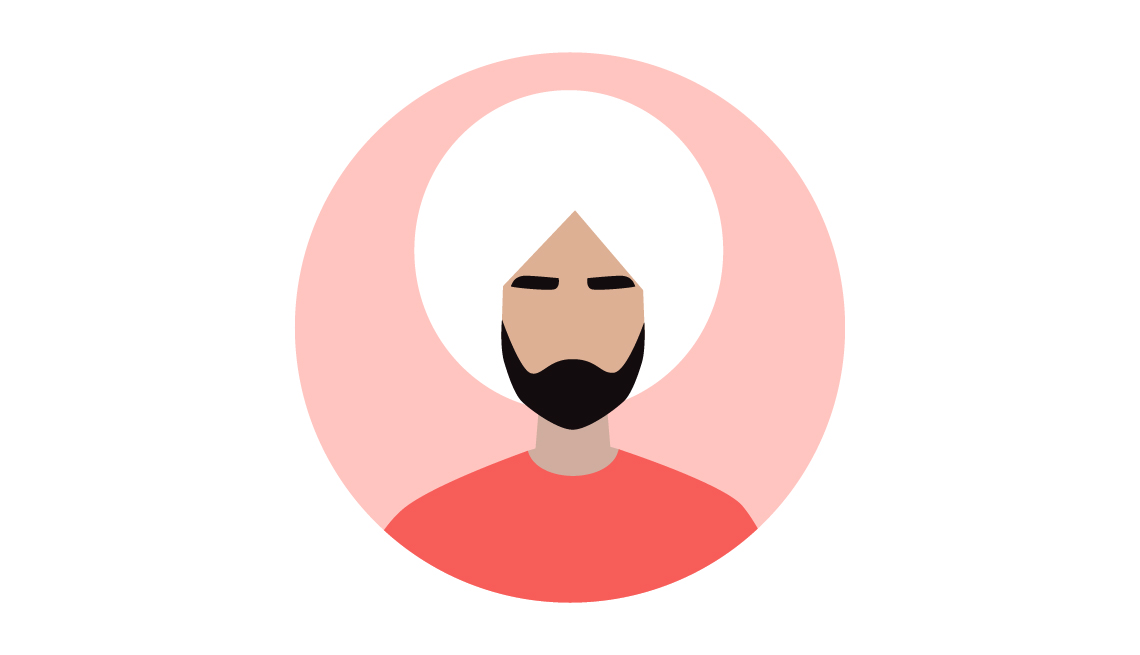 Andrew is receiving Social Security benefits and doesn’t have any health problems. He wants coverage from original Medicare because some of the doctors and hospitals he would like to use aren’t included in the Medicare Advantage plans in his area. But he’s not sure he wants to pay extra for a Medigap policy.

Since Andrew already is receiving Social Security benefits, he’ll be enrolled automatically in parts A and B of Medicare, and his Medicare coverage will start the first day of the month he turns 65. He won't need to pay the Part A premium. He decides to buy a Medigap policy to avoid potentially large out-of-pocket costs for hospitalization and outpatient services.

The policy will cover the Part A deductible, which is $1,556 for each hospital stay per benefit period in 2022, plus copays of $389 a day for days 61 to 90, $778 a day for up to 60 more days and the full cost of up to 365 additional days after Medicare benefits are used up. It also will cover the 20 percent coinsurance for Part B services and other out-of-pocket costs.

In addition, Andrew chooses an inexpensive Part D policy, which covers his medications. His costs:

TIPS FOR GETTING STARTED

Previous
How to Estimate Your Costs