Yale University researchers have found a gene — strongly linked to depression — that may suggest a totally new kind of antidepressant drug for this debilitating condition. This gene inhibits the brain’s ability to handle stress and triggers depression. The hope is that scientists can use the discovery of the actions of this gene to develop drugs that would treat depression, particularly in the 40 percent of patients who have not responded to conventional antidepressants.

“This could be a primary cause, or at least a major contributing factor, to the signaling abnormalities that lead to depression,” said Ronald Duman, senior author of the study and a professor of psychiatry and pharmacology at Yale. 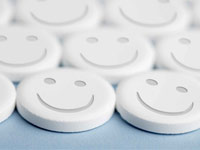 Duman led a team that ran genetic scans on brain tissue from 21 deceased men and women who had been diagnosed with depression, and compared the tissue with 18 other deceased people who had no mental health problems. They screened the samples for genes that were being expressed abnormally.

There were hundreds of candidates, but the gene for the enzyme MKP-1, stood out. “It was one of the most highly dysregulated genes that we found,” Duman said.

Next, the scientists found that when the gene is activated in mice, the mice show symptoms that mimic depression. Finally, the scientists bred mice that lacked the gene altogether, and they were resilient even when subjected to highly stressful experiments.

Simply put, Duman says, stress may cause the MKP-1 gene to go haywire.

The study was hailed by Yogesh Dwivedi, an associate professor of psychiatry and pharmacology at the University of Illinois at Chicago who also studies genes and the brain.

“There’s a possibility this particular enzyme may be very much involved in the stress response itself and the depression associated with stress,” he said. He added that if researchers can come up with gene therapy that keeps the gene in check, “then obviously it’s going to be very good for treating depression.”

The research is promising because doctors have been unable to understand the causes of depression, which affects nearly 16 percent of Americans and costs $100 billion a year in the United States.

The findings were published recently in the journal Nature Medicine.