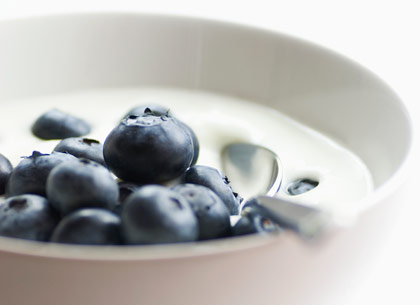 Not so long ago, researchers thought we aged the same way our cars do—after years of wear and tear, the engine is bound to break down. But today scientists think the process may not be inevitable. Over the last 20 years, they have found a handful of genes that control the way we age—and they hope to manipulate them to slow the process down.

On Wednesday, some of the leading researchers in the field met at Harvard University to discuss the state of anti-aging science at the Aging & Healthy Lifespan conference.

“There’s still a public perception that aging is natural and that it’s acceptable,” said David Sinclair, a researcher at Harvard Medical School and founder of a drug company working on the issue. “I think of aging as a disease because it makes you want to treat it.”

Unlike our cars, even when we’re still shiny and new, our bodies are always breaking down. But when we’re young, our cells have a team of tiny mechanics that constantly replace and repair the broken parts of our DNA to keep us running smoothly. As we age, the repair team slacks off and our health deteriorates.

Those repair processes are complicated and involve many chemical pathways inside our cells. But they are controlled by just a handful of genes. So some scientists think a drug that targets one of those genes might amp up the repair work and thus help prevent or treat a host of age-related diseases like diabetes or heart disease.

It’s done wonders for a microscopic roundworm called C. elegans that scientists use as a model to study larger organisms. Researchers have found that by changing just one of the genes that affects aging, they were able to double the worm’s lifespan. When they targeted multiple genes, the worms lived six times as long as normal, and remained healthy. At the conference, Cynthia Kenyon, a scientist at the University of California, San Francisco, showed movies of a normal worm at the end of its typical two-week lifespan. The worm was listless and still, barely nodding its head. But one of her long-lived worms was still wriggling away energetically, just like a young worm.

“This worm should have been dead a long time ago and there it is moving around,” said Kenyon. Studies in mice have shown the same effect, she said. Targeting the genes that control aging not only increases lifespan but seems to improve overall health—so that the animals remain vital as they live longer.

“The model organisms give us at least the idea of having a long healthy lifespan and dying quickly and painlessly,” Kenyon said. “Sounds pretty attractive.”

Of course, it’s a long way from a worm to a human being. But scientists have found a number of genes and processes that seem to work the same way in humans. The most well known are called sirtuins, a class of proteins that repairs broken DNA in our cells.

Sirtuins are part of a survival mechanism that helps us cope with difficult times. Researchers have known for a while that cutting back on calories, so long as all the basic nutritional requirements are met, seems to extend the lives of many animals. There’s some evidence that it also works in humans, although this is not proven.

Researchers believe that the stress of a restricted diet affects the genes that regulate sirtuins. The cells then produce more of these repair proteins to protect themselves. In the process, the life of the animal is extended.

But under normal conditions, when there is no threat, the activity of the sirtuin genes declines after the reproductive years, said Leonard Guarente, a professor of biology at the Massachusetts Institute of Technology. The cells lose their ability to repair themselves and we start to age.

And that is one the reasons we become susceptible to a host of diseases, he said. Theoretically, if we can find a way to boost these proteins, we should be able to combat the major causes of death and disability among older people, like diabetes, heart disease, cancer, and Alzheimer’s.

Some researchers even think it might be possible to turn the clock back by preventing the reduction of activity in sirtuin genes in the first place. That way the body could keep repairing itself as well as it does when we’re young.

“There is a chance that aging is reversible,” said Sinclair, but there are many barriers to doing so.

You may have seen ads for a supplement called resveratrol that claim to already be delivering such results. Resveratrol, a substance found in red wine that boosts the activity of sirtuins, has been shown to increase the lifespan of yeast, flies and obese mice. But there’s not yet any evidence that it benefits humans or that it’s safe.

But scientists are using resveratrol to study the potential of targeting sirtuins, though many are also working on more powerful drugs.

No one knows what kind of side effects sirtuin-targeting drugs might cause. If you extend the lives of cells, some researchers fear that you may increase the risk of cancer. Cancer is caused by mistakes in our DNA that build up over time and eventually cause a cell to grow uncontrollably. It’s also possible that the extra sirtuins will be able to keep up with the repair work on our DNA. They could prevent those DNA mistakes from developing into cancer, reducing the risk. No one knows yet which way it will go.

“One way of fighting the war on cancer is to fight the war on aging,” said Kenyon.

But all of this is a long way off. First researchers will have to develop the drugs that turn on the sirtuin genes. Sinclair’s company, Sirtris Pharmaceuticals, has only just started tests in humans on its first candidate drug, a compound that it hopes will treat diabetes. The potential drug has been found to be safe in early trials but there’s no evidence yet that it actually works on people, he said. If it does, it will be years before the drug makes it to market. Sirtris and other companies like Elixir Pharmaceuticals are working on other drugs to target sirtuins, but those are an even longer way off.

And still more years of testing will need to be done to determine whether a sirtuin-boosting drug actually causes people to live longer. Many researchers in the field are optimistic because research is starting to uncover many different pathways affected by these genes. That gives researchers lots of targets for developing new drugs and boosts their odds of succeeding.

“The vagaries of drug development are difficult to predict,” said Guarente, who also works for Sirtris. “It could be 10 years or more or it could be sooner. We really don’t know. I’m sure we’re moving in the right direction.”

But there are also many technical obstacles in developing an effective drug and there’s no guarantee that any of this will work.

“We’re running to home plate but we could still be out,” said Sinclair.

Karen Rafinski is a freelance medical and science journalist based in Boston.