How can one "identical" twin have a disorder of sexual development, while the other appears perfectly normal? Aren't they supposed to be genetic clones? The answer comes from the burgeoning science of epigenetics. 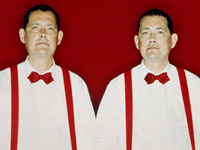 Epigenetics is the study of long-term alterations in gene behavior, caused by chemical changes in DNA. These changes, often triggered by environmental factors, don't affect genes themselves, but rather the extent to which they are expressed. Some epigenetic changes can be inherited directly, just like genetic mutations. Others are transmitted indirectly — through, for example, nature-nurture feedback loops.

Richard C. Francis, a neurobiologist by training, has written what may be the first popular introduction to the subject — Epigenetics: The Ultimate Mystery of Inheritance. Francis says he had long been interested in "the nature-nurture dichotomy — and why it was unsatisfactory."

According to Francis, epigenetics helps explain cellular differentiation, one of biology's biggest mysteries. And epigenetic research offers the promise of new treatments for a range of ailments, including cancer, Parkinson's and Alzheimer's.

The AARP Bulletin talked to Francis about his book.

Q. We tend to believe that either genes or environmental influences, or some combination of the two, shape our lives. Epigenetics seems to be introducing a third factor into the equation.

A. It's not so much a third factor as something that undermines the dichotomy between genes and environment — the nature-nurture thing. It's a case of the environment regulating the genes. Epigenetic effects occur throughout our lives. They account for a lot of differences between identical twins.

A. Just as there are random mutations, some epigenetic differences are random. But a lot of them are caused by differences in the environment. It could be that one twin had a mild head injury, where the other didn't.

Q. What about another example?

A. The food we eat has epigenetic consequences. One of the classic examples is folic acid. It's called a methyl donor. Methyl is a very important epigenetic chemical; it tends to suppress gene activity. It's very important to have the proper level of folic acid. Without it, bad things happen — neurological problems.

Q. What are our most common misconceptions about how genes operate?

A. We view genes as executives that give directions but don't take orders. I liken it to a theatrical production, where the genes are like directors, the proteins are the actors, and everything else in the cell functions like a stagehand. [In fact] the executive function is at the cellular level. The cell as a whole controls what genes do, and the way it does this is in part through these epigenetic processes.

Next: What's an example of epigenetic inheritance? >>

Q. Does everyone agree with this new paradigm?

A. There are some old-school geneticists who adhere to the view of the executive gene.

Q. Can you give an example of epigenetic inheritance?

A. There's a historical example. At the end of World War II, the Nazis embargoed Holland for collaborating with the Allies. That was the last famine that ever hit Europe. It lasted about a year. The Dutch kept incredible health records, which created what scientists call a natural experiment. The cohort that spent the famine in their mothers' wombs were born undersized, as you would expect. But what was particularly interesting is that they developed a host of other maladies that no one anticipated, including cardiovascular disease, diabetes, behavioral disorders — high levels of depression, substance abuse.

A. And obesity. What was stunning is that the children of that cohort also had higher levels of obesity. [Researchers] identified epigenetic differences in a particular gene which is a growth factor particularly important during fetal development.

Q. But why obesity?

A. The fetus takes its cue from the mother. If a fetus doesn't get nutrition, it's anticipating a low-nutrition environment when it's born. All its physiological systems are geared to maximizing the use of food. But if it's born into an environment of abundance, then it's predisposed to obesity.

Q. Is this an example of direct inheritance?

A. It's not clear in this case. Direct epigenetic inheritance is very common in plants and a lot of other animals. It happens in humans as well, but it's less common.

Q. What about indirect epigenetic inheritance?

A. A good example is the effects of mothering on mice. The pups of generous lickers develop into well-adjusted adults. The pups of poor lickers have an overactive stress response. And Michael Meaney at McGill University found there were epigenetic alterations associated with these different mothering behaviors. What's interesting is that the offspring of these bad mothers become bad mothers themselves, and their offspring develop an overactive stress response with the same epigenetic modification. It promulgates in a vicious cycle.

Next: Are epigenetic changes reversible? >>

Q. Yet you note that epigenetic changes are reversible.

A. That's key. With these mice, the ones that were stressed out because of poor mothering, they could reverse these epigenetic changes by raising them with well-adjusted peers. [Researchers] also found a way to get chemicals to reverse the epigenetics.

Q. How is epigenetics changing our understanding of human development?

A. For biologists, that's the big issue, and that gets us into stem cells. All the cells in the body have the same genome essentially. So why are they so different? The difference between those cell types is epigenetic — they have the same genes, but different gene behavior. What makes stem cells special is also epigenetic. Embryonic stem cells are of such potential huge medical force because they have the capacity to become any one of the other 200 cell types in our body.

Q. How is that helpful?

A. If you've got a leukemia where you can't generate the proper amount of white blood cells, if you put the stem cell in the right cellular environment, it will become the kind of cell you want. In Europe, they've got whole institutes now for [embryonic] stem-cell research.

Q. What about here?

A. No, we're still stuck with the Bush policy [forbidding embryonic stem-cell research] at this point.

Q. What hope does epigenetics offer for treating Alzheimer's?

A. Alzheimer's has an epigenetic component — we know that. To the extent that it is epigenetic, it is reversible. One way to reverse it is to get chemicals that affect epigenetic processes through food to the body, and folic acid is the one that they've been looking at. And not just for Alzheimer's — other neurodegenerative diseases as well, like Parkinson's. There's a potential for a real sea change.

Q. What are the implications of epigenetics for treating cancer?

Q. Have we found any?

A. There's promising stuff on the horizon — there's nothing that's ready to go yet. But probably soon. And the other encouraging thing is that epigenetic therapy would be much less invasive than the current therapies, which destroy a lot of healthy cells and have huge side effects. If cancer has a large epigenetic component, it can be detected much earlier, before clinical symptoms occur.

Q. Would that mean the possibility of a cure?

A. Potentially, yes. The earlier you hit it, the more likely the cure. That's one of the promising things about it.