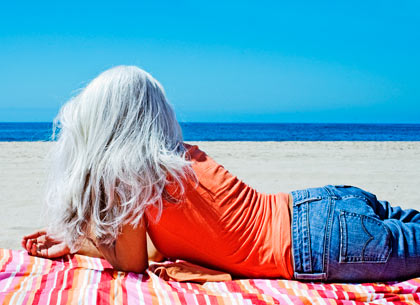 Readers know that we’re experiencing an extraordinary revolution in longevity. Imagine the awe and joy with which our great-grandparents would have greeted the news that they might live long enough to see their children grow older! One would think that the best and brightest among us would be engrossed in policymaking and philosophic discussions about how to use this enormous gift.

Unfortunately, this is seldom the case. We find thoughtful pundits, economists, politicians and policymakers who fear that societies will be unable to absorb the rising numbers of older people. They worry about the cost. They conjecture that added years of life will lead to intergenerational conflicts. They predict that the graying of society will lead to the stagnation of productivity.

I wrote my new book, The Longevity Revolution, to address these concerns. My view is that humankind will adapt to the great achievements in longevity. In fact, Americans have already made many adjustments, from the development of private and public pension systems and Medicare to the creation of the federal agencies on aging.

To me the biggest barriers to meeting the challenges of the new longevity are the fallacies and outright myths about old age and its costs. These include the notion that Social Security and Medicare are too broken to be rejuvenated and that they will bankrupt the nation; that the aging population is the primary factor driving the rise in America’s health care costs; that people at the end of life are routinely given expensive, heroic, high-tech treatments; that age prejudice has been ended by laws and legal actions; that older workers are unproductive; and that older people receive more public and private support than children or adolescents.

It’s important to cut through the misinformation to the heart of the matter. I believe profoundly that if we can get beyond our prejudices and preconceived notions about aging, the odds favor the growth of an active, engaged and productive older population that once and for all buries the myths of selfish and useless old age.

We look about us and see a new stage of life unfolding. The self-image of the older person is changing, and so, too, are society’s stereotypes and expectations. How should people conduct themselves in old age, having benefited from a long life and having fulfilled commitments to other generations and society at large? Their stage of life calls for new responsibilities, new goals and new achievements. New roles and new attitudes toward work and civic engagement will advance the human condition in ways we are just beginning to explore. I am confident that with longer lives, we will have an unprecedented opportunity to improve our quality of life and productivity.

Editor’s Note: Dr. Butler died of cancer on July 4, 2010, at the age of 83. Robert N. Butler, M.D., was a Pulitzer Prize-winning author and founder of the International Longevity Center-U.S.A.