10 Ways to Have a Better Colonoscopy

Tips to help make yours go as smoothly as possible 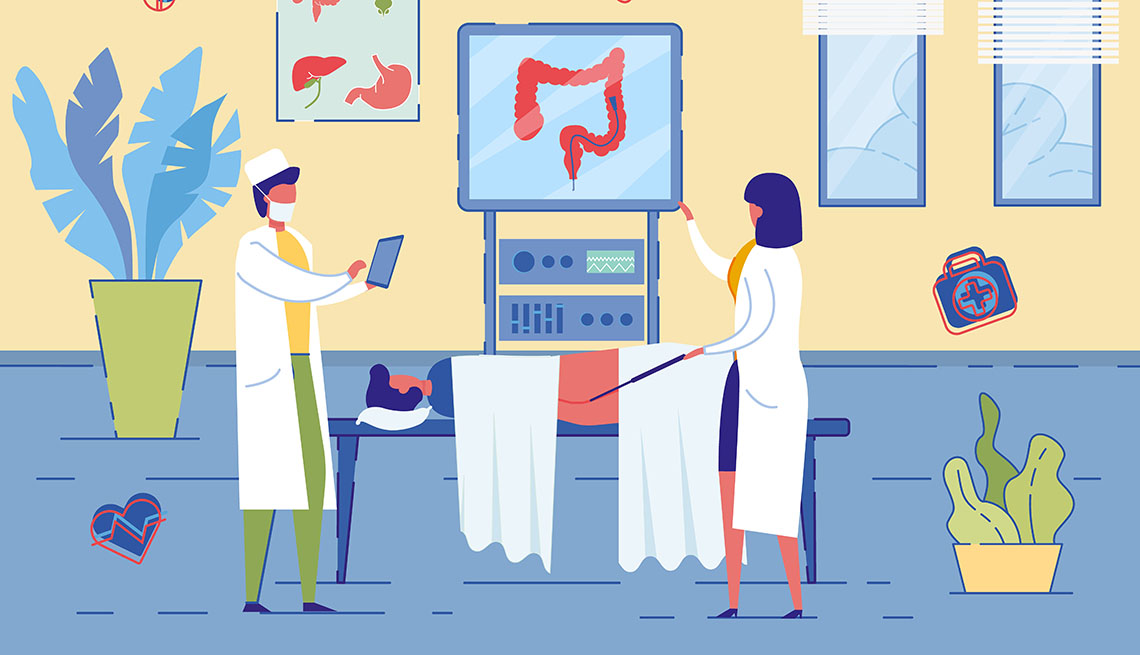 Let’s face it. No one looks forward to having a colonoscopy. If you’re like most people, it’s not the procedure itself that you dread, but the preparation to get your colon clean so your doctor can have a good look. That prep traditionally involves forcing down a gallon of awful-tasting liquid and then spending hours in the bathroom.

Still, it’s worth it. A colonoscopy is by far the most effective way to detect colorectal cancers (colon and rectal cancers), which are the second-leading cause of cancer deaths in the United States, according to the American Society of Clinical Oncology. During a colonoscopy, your doctor can spot precancerous polyps in your colon and remove them before they develop into cancer. In other words, a colonoscopy can save your life.

And here’s more good news: If your fears are based on the last colonoscopy you had, experts say a lot has changed in recent years.

For one thing, you no longer have to drink a full gallon of bowel-cleansing fluid in one sitting. Most doctors these days recommend splitting the preparation — so you could, for example, guzzle down half the night before and then the other half very early the next morning. Studies show splitting the dose is more tolerable for most people, and it also does a better job of cleaning out the colon than taking all the prep the night before.

Prep solutions are also better-tasting than they used to be, and there are different options that don’t require you to drink as much, says Linda Lee, medical director of endoscopy at Brigham and Women’s Hospital and associate professor of medicine at Harvard Medical School.

Here are 10 tips to help to make your next colonoscopy more bearable.

1. Tell your doctor if you have constipation

If you’re among the estimated 30 to 40 percent of older adults suffering from constipation, “the standard prep might not be enough to get you cleaned out,” Lee says. If that happens, you’ll have to reschedule the procedure (and do the prep all over again).

It’s important to tell your doctor about your constipation in advance so that he or she can recommend additional steps to ensure your colon is clear, says Alyssa Parian, clinical director of gastroenterology at Johns Hopkins Medicine. For example, Parian advises her constipated patients to take two capfuls of MiraLax (polyethylene glycol) daily for 10 days leading up to the day of the prep.

Think carefully about the timing of your procedure. If your colonoscopy is in the early morning, you will probably be instructed to take the second half of your prep in the wee hours, say 3 or 4 a.m. — so you’ll spend much of the night running to the bathroom. If you don’t want to give up a night of sleep, schedule an afternoon colonoscopy, Lee suggests.

If you don’t mind doing all of your prep at once, patients with an afternoon colonoscopy appointment usually have the option to do it all that morning, Lee says. In fact, Thomas Jefferson University researchers found that patients who drank all their prep on the morning of the procedure experienced less abdominal pain and got a better night’s sleep than those who took the first dose the night before.

3. Call your health insurer in advance

Colonoscopies are supposed to be fully covered as a preventive screening under the Affordable Care Act, but there can be loopholes, says Caitlin Donovan, spokeswoman for the nonprofit National Patient Advocate Foundation.

One big loophole in recent years is that many health care providers charged for the procedure if a polyp was found and removed, because then they considered the procedure “diagnostic” rather than preventive, Donovan says. However, the government recently clarified that private health insurers cannot charge patients simply because a polyp is removed, Donovan says.

However, a patient on Medicare may still be charged 20 percent of the cost if a polyp is removed. (That percentage decreases after 2022.)

To prevent unexpected charges, Donovan suggests calling your health insurer before your procedure. Make sure your provider and the facility where you will have the procedure are both in your network, and ask your insurer and the physician’s office if there are any additional costs you should be aware of.

4. Start switching your diet five to seven days out

The less you have in your stomach before the flushing begins, the easier the prep will be. Start eating smaller portions and reducing fiber in your diet five to seven days in advance.

During that time, avoid the following foods: nuts and seeds (including wraps or breads made from them), popcorn, red meat, raw vegetables, corn, peas, broccoli, cabbage, dried beans, whole grain bread or pasta, brown or wild rice, fruit with skins, fried foods, and cereals such as oatmeal, shredded wheat and granola.

5. Don’t assume you need to stop your medications

Talk to your doctor about whether to continue taking your specific medications. Typically, the only prescriptions that may need to be adjusted or discontinued before a colonoscopy are blood thinners and insulin/diabetes drugs, Lee says.

Over-the-counter iron supplements, fish oil and nonsteroidal anti-inflammatory pain relievers such as ibuprofen (Advil) should also be stopped a week before your procedure.

Lee stressed that most medications are OK to take, even on the morning of your colonoscopy, with a sip of water. It’s especially important to take your blood-pressure prescription, she says. “I’ve had patients come in with sky-high blood pressure because they assumed they weren’t supposed to take their meds.”

6. Talk to your doctor about alternate preps

If you struggled to get down the standard 4-liter dose of laxative solution last time, ask your doctor about alternatives. (See box.) New prep liquids are better-tasting, and some don’t require you to drink as much. Cost may also be a factor, since health insurers sometimes cover the cost of only one type of prep.

Your doctor can recommend the prep kit that will work best for you based on your age and medical history. Some formulas aren’t recommended for those with heart problems, kidney issues or other medical problems.

7. Use these hacks to make drinking prep easier

Although the taste and consistency of prep solutions have come a long way, they can still be tough to get down the hatch. These tricks can make it easier:

• Chill it. The preparation is easier to drink when it’s cold, Lee says.

• Use a straw. Aim the straw as far back as you can to bypass the taste buds in your mouth, Parian suggests.

• Suck on lemon slices or sugar-free menthol candy. Sucking on something else while you drink, or after each sip, can help with the taste.

• Add some flavor. Many preparations can be mixed with beverages you already like to drink in order to make them taste better. Or try mixing in sugar-free water flavorings or soft drink mix powder. Just make sure they are clear in color — not red, blue or purple.﻿

• Ask for anti-nausea meds. If you had trouble with nausea while prepping for your last colonoscopy, ask if your doctor can prescribe anti-nausea medication in advance.

If you drank the first half of the prep, a few hours have passed and you haven’t had any bowel movements, call your physician’s office.

“Ask if you should go out and buy something extra to take in addition to the second half of the preparation,” Lee says. “That might help prevent the scenario where you do whatever preparation you were given and it doesn’t work well enough for us to do the procedure.”

Plan to stay home and near the bathroom once you start your prep. “Set up a chair near the door,” Lee advises. You might want to stream a movie or read a book in the bathroom itself when the flushing is most intense.

Wear elastic-waist, pull-on pants, and stock up on extra toilet paper. “Treat yourself to the soft kind,” Parian says, or use wet wipes. Try to pat rather than wipe or rub.

Pretreat your backside with a diaper-rash cream or paste such as Triple Paste, Balmex or Aquaphor, because all that wiping can be irritating.

Most doctors require a clear-liquid-only diet the day before the procedure. Some patients assume that “clear liquid” translates to only water and broth, but it will be easier to cope if you change things up a bit.

“It is a bit boring, yes, but worth it for good results and not having to repeat the exam,” Parian says.

What to Know About Colorectal Cancer

Symptoms, stages and survival rates — plus why it may be rising in younger patients

The Doctor Will See You Now: In-Person Visits Slowly Resume

What to expect, how to prepare for a nonurgent appointment