9 Superfoods to Help You Sleep

Nutritionists share which bedtime snacks, meals and eating styles can help you catch the most winks 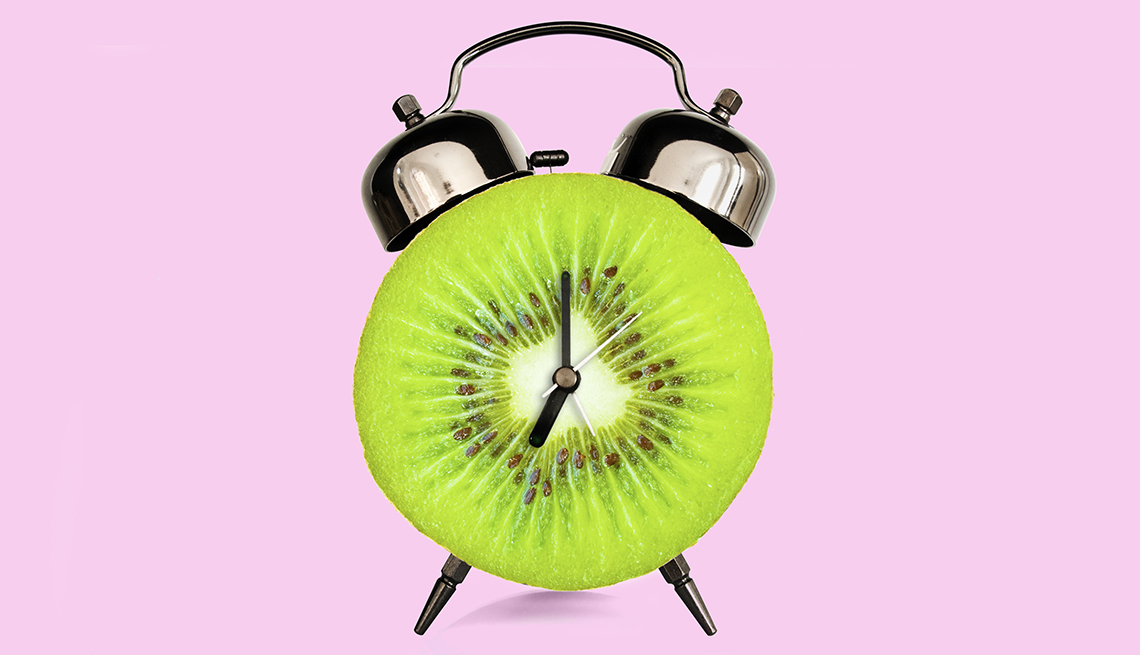 You avoid blue light before bed and have a comfortable mattress and shades to keep your room dark. But did you know that what you eat ­— and when you eat it ­­— can also play a role in how well you sleep?

That’s because while your sleep﻿-wake cycle is controlled by your body’s master clock, located in the hypothalamus of the brain, you also have peripheral clocks in organs like the liver and pancreas. These control physiological processes like managing your blood sugar, cholesterol, hormone secretion and digestion. “If you eat at a time that's contradictory to your circadian system, it throws off the peripheral clocks,” says Josna Adusumilli, ﻿M.D., a neurologist and sleep medicine physician at Harvard Medical School and Massachusetts General Hospital. Such misalignment of metabolic processes can affect your would-be slumber.

Ideally, experts say, you should eat a balanced dinner (one that includes protein, carbs and fiber)﻿, finishing at least two hours before bedtime, as eating cues your body that it’s time to be awake. “The human body was not meant to digest food lying down,” says Michael Breus, a clinical psychologist and fellow of ﻿the American Academy of Sleep Medicine.

But since being hungry can also interfere with sleep, if you need a snack, you should make it count. Here are nine standout foods, plus a healthy way of eating, that might help your body feel more ready to call it a night﻿.

Feeling sluggish after Thanksgiving dinner? It may not just have to do with the turkey. “Turkey is rich in the amino acid tryptophan, which your body uses to produce serotonin and melatonin,” says Samantha Cassetty, a registered dietitian and author of Sugar Shock. Serotonin, she adds, can help promote a sense of calm, and melatonin is the hormone responsible for making you sleepy. However, if you get tired after eating turkey, there may be more at play. One study found that pairing tryptophan-rich foods, like turkey, with carbohydrates was effective at reducing insomnia. “Carbs help you absorb tryptophan, making the combo better than turkey (or carbs) alone,” Cassetty says.

So, filling your plate with turkey but also starchy foods like potatoes, stuffing and pie may put you into a sleepy state. Plus, heavy meals like the feast you throw down on Turkey Day take more effort for your body to digest, which can also make you feel sluggish. “Think about it: You don’t feel like falling asleep after eating a turkey sandwich, so on Thanksgiving, it’s more than the turkey that brings on fatigue,” says nutritionist Bonnie Taub-Dix, author of Read It Before You Eat It: Taking You from Label to Table.

Kiwi isn’t just good for boosting your immunity. “It also contains a high concentration of serotonin, which is a precursor for the hormone melatonin that regulates your sleep-wake cycle,” Cassetty says. One small study found that after four weeks of eating two kiwifruits ﻿one hour before bedtime, people reported an easier time falling asleep and slept longer. They also woke up less during the night. “Since kiwifruits are filled with antioxidants and anti-inflammatory compounds, they also make a nice replacement for less nutritious nighttime snacks,” Cassetty says.

One ounce of pumpkin seeds contains 37 percent of your daily magnesium, a mineral linked with healthy sleep. “Magnesium activates the neurotransmitter GABA﻿ [gamma-aminobutyric acid], which helps calm the nervous system,” says Cassetty, who likes to think of this as activating the on/off switch for your brain. “Magnesium is part of the mechanics that relax your brain and body so you can fall asleep at night,” she says. Studies in older adults have shown that magnesium supplementation can improve sleep quality and duration.

If a warm glass of milk doesn’t sound appealing, grab a few cubes of cheese. “This protein-packed snack is also full of calcium, magnesium and tryptophan, all of which are necessary for a good night’s sleep,” says Taub-Dix. A 2013 study published in the journal General Dentistry found that eating cheese increases your saliva production and may therefore help ward off cavities. Another study found that eating two tablespoons of cottage cheese 30 to 60 minutes before bed supports metabolism and muscle recovery.

And while cheese used to have a reputation as a source of nightmares, studies have proven that to be false. “It’s not a good idea to eat a whole package of cheese before turning in, but a small portion paired with a whole-grain carb (a slice of bread or a few crackers) can help rock you to sleep since carbs stimulate the release of serotonin, a neurotransmitter that helps bring on that ahhh feeling,” Taub-Dix says.

“Tart cherries have a high dietary melatonin concentration and have also been shown to exhibit anti-inflammatory characteristics that may be beneficial in improving sleep quality,” says Kristine Dilley, a registered ﻿dietitian at the Ohio State University Wexner Medical Center. One small Louisiana State University study found that drinking 8 ounces of tart cherry juice twice a day ﻿for two weeks increased both sleep time and sleep efficiency in adults with insomnia. Another study had 20 volunteers drink tart cherry juice or a placebo for seven days. Those who drank the cherry juice had significantly higher melatonin levels ﻿than those ﻿who didn’t.

As tart cherry juice contains natural sugars, Dilley warns that individuals with diabetes or conditions that make them sensitive to sugar intake should consult their physician before adding this to their daily routine. And when purchasing, opt for brands without added sugars.

Chamomile tea has been used for decades as a sleep aid for its calming and antioxidant properties. “It comes from a flower and is full of calming scents,” says Dana Ellis Hunnes, a senior clinical dietitian at the UCLA Medical Center, assistant professor at UCLA Fielding School of Public Health and author of Recipe for Survival. Chamomile also﻿ contains apigenin, a flavonoid﻿ ﻿(plant﻿ nutrient) that promotes sleepiness, she adds. A 2017 study that examined the effect of chamomile extract on the sleep habits of adults age 60 and older found that when compared to a placebo group, those who drank chamomile had significantly improved sleep quality.​​

But this classic isn’t the only type of herbal tea to try. Low﻿-caffeine green tea contains theanine, an amino acid ﻿that research has found can help lower stress and significantly improve sleep quality. “And tea made from the herb lemon balm contains naturally occurring oils with terpenes, organic compounds that can promote relaxation and better sleep,” ﻿Hunnes says.

One study of Japanese men and women found that a high dietary glycemic index and high rice consumption was significantly associated with good sleep. The study also looked at bread, which was not associated with sleep quality, and found that noodles were linked to poor sleep.

Dilley recommends brown rice, which is higher in fiber. “In a study published in the Journal of Clinical Sleep Medicine, eating a higher-fiber diet was associated with less nighttime awakenings and more restorative slow-wave sleep,” she says. This effect, she says, could be due to the fact that fiber helps prevent blood sugar spikes that may lower melatonin. Sylvia Melendez-Klinger, a registered dietitian and founder of Hispanic ﻿Food Communications﻿, recommends trying a rice-dairy combo of rice pudding with no added sugar or rice crackers or rice cakes with a glass of warm milk, as another optimal ﻿bedtime snack.

“Many nuts such as almonds, walnuts and pistachios have melatonin, along with magnesium and zinc, which together can help people get a better night﻿'s sleep,” Melendez-Klinger﻿ says. Spread some nut butter on a rice cake for the ultimate before﻿-bed snack. (Basic peanut butter and crackers works, too.) Or you could reach for a handful of Brazil nuts. A study by the University of Pennsylvania and the University of Chicago suggested that people who sleep less than five hours a night do not consume enough of the mineral selenium. “Thankfully, ﻿Brazil nuts are ch﻿ock full of it, and eating just two per day can ensure your body is meeting the minimum requirements for this nutrient,” ﻿says Kaytee Hadley﻿, a ﻿dietitian, health coach and founder of Holistic Health & Wellness.

Research suggests that fermented dairy foods, like yogurt, may be helpful for improving sleep quality. “Yogurt is rich in GABA, an amino acid that helps you relax and sleep better,” says Cassetty, who likes Greek yogurt for its added protein boost. Plus, she notes that fermented foods help increase microbial diversity, which is also linked to better sleep. But watch out for added sugars when choosing yogurt. “I’ve seen some versions with as much added sugar as a small scoop of ice cream,” Cassetty says. “There are many concerns with a sugary diet, but one is that it can contribute to sleep problems.” In fact, a 2022 study of university students found that poor sleep quality was significantly related to higher added sugar intake.

An Eating Style to Help You Snooze

With the Mediterranean diet eating plan, your plate is mostly filled with plants products, like whole grains, veggies, fruits, nuts and seeds. You’ll also eat smaller portions of animal foods, like Greek yogurt, eggs and poultry. “The Mediterranean diet is also lower in sweets than the American diet,” Cassetty says. Research in 2020 found that this dietary pattern is tied to better sleep quality and efficiency in women. And a recent review of studies on sleep and diet found similar results.

“Dietary patterns that include more fruits and vegetables and less sugary foods are associated with lower risk of insomnia and short sleep,” says study author Marie-Pierre St-Onge, associate professor of nutritional medicine and director of the Columbia University Irving Medical Center Sleep Center of Excellence. “People who follow a diet that has more fiber, less saturated fat, and more legumes have better sleep quality and fall asleep more quickly at night.” In fact, one of the studies that the paper looked at found that the time to fall asleep was reduced by 40 percent in adults when their diet contained more fiber and less saturated fat. An added benefit beyond restful sleep: Research has linked the Mediterranean diet to improved heart and brain health.

“What’s great about the Mediterranean diet eating pattern is that it can be adapted to any cultural cuisine,” Cassetty says. “You can think of it as an 80/20 plant-based diet and load up on your favorite whole or minimally processed plant foods.” 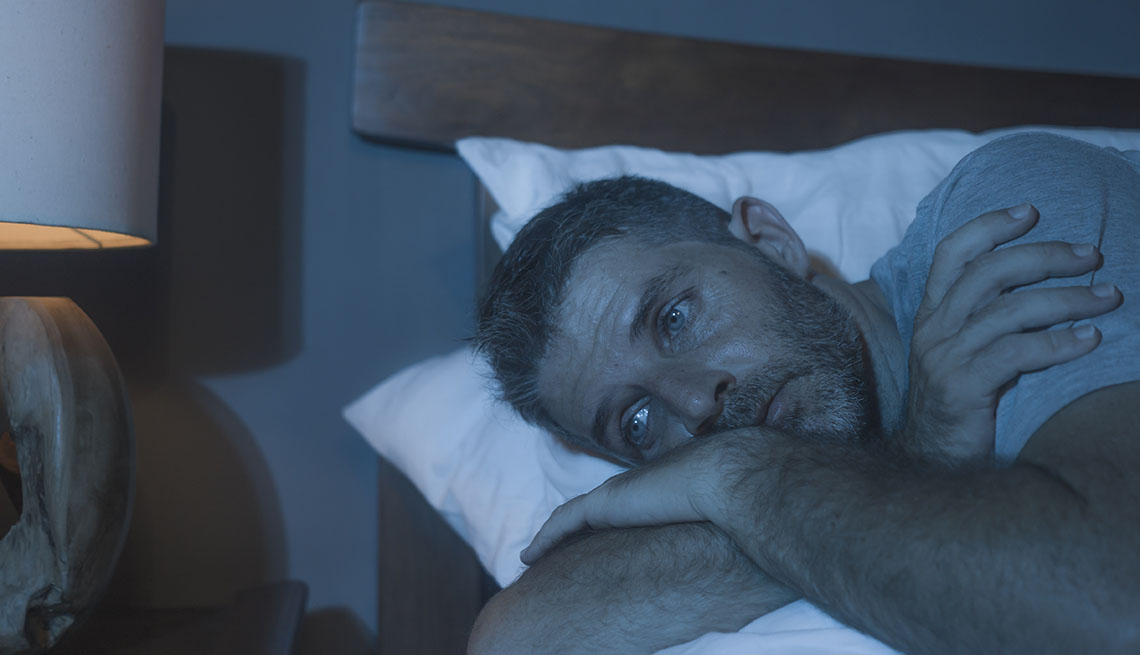 Missing Out on Sleep in Midlife May Increase Dementia Risk 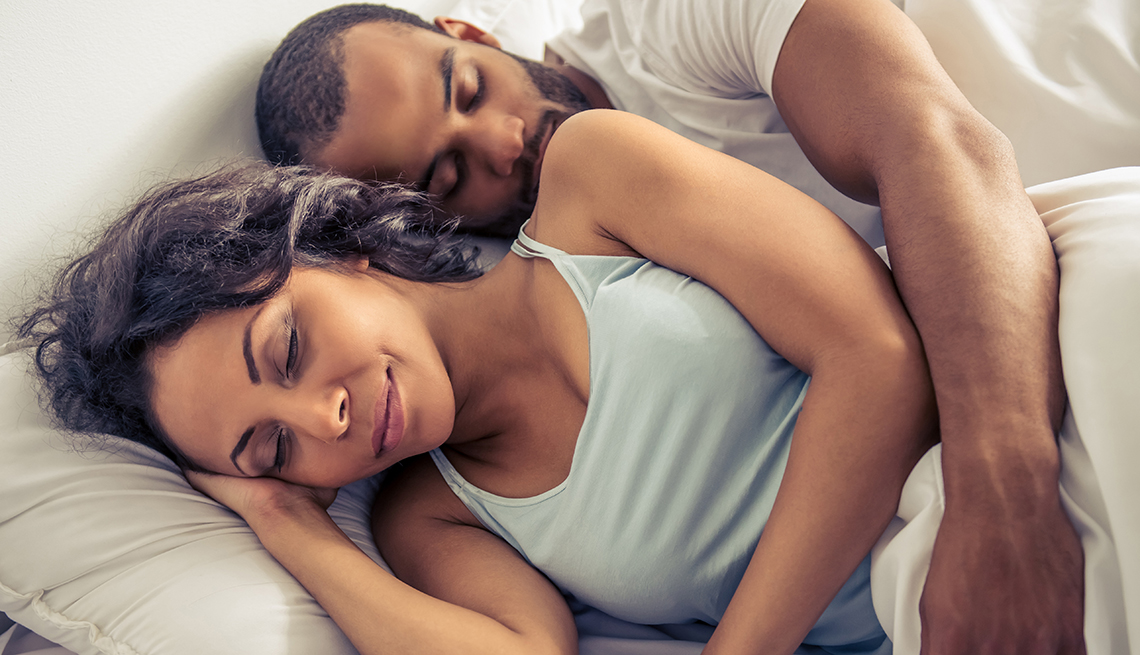 Are you getting enough of it? 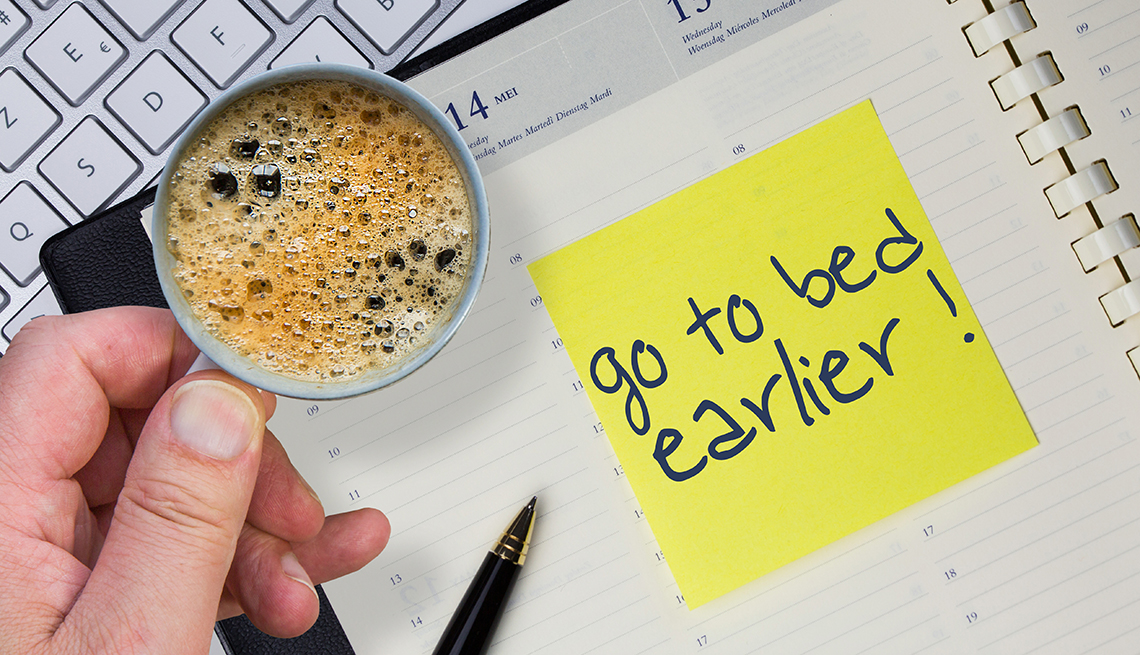