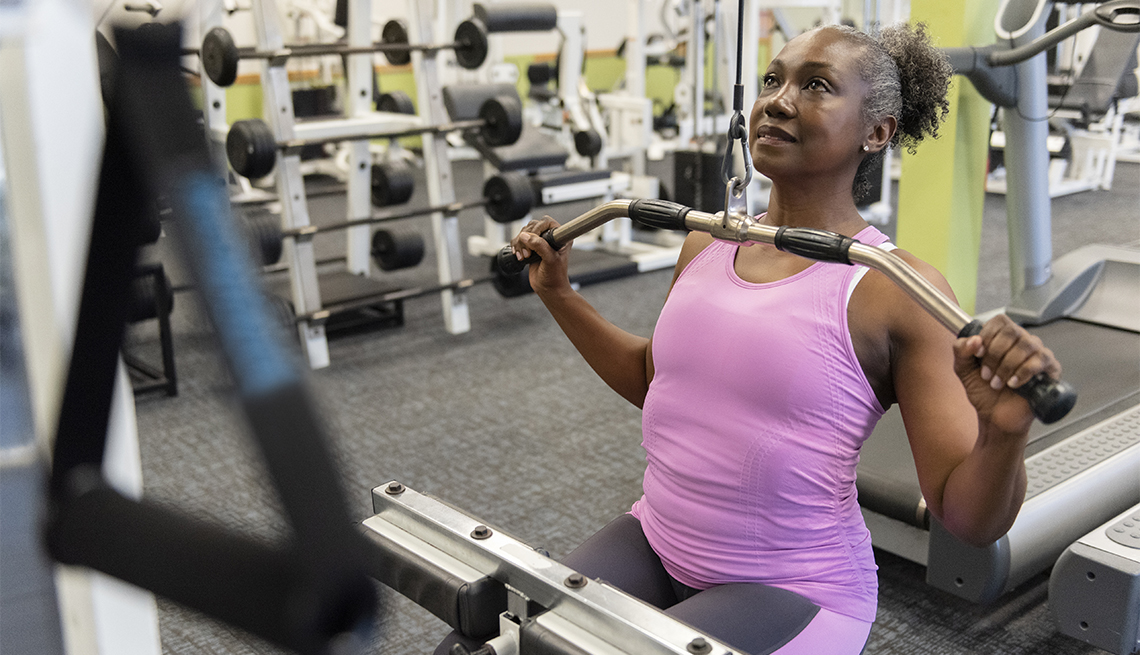 When film director John Singleton, 51, died in April 2019 of a stroke, his family issued a statement with a word of caution to the black community.

"Like many African Americans, Singleton quietly struggled with hypertension. More than 40 percent of African American men and women have high blood pressure,” the statement read, before urging black Americans to learn the symptoms.

African Americans also are more likely to die from heart disease, cancer and stroke. Though the statistics reveal a community in crisis, everyone can take steps to minimize the risks.

Some of the causes for health disparities are systemic, says Deidre Johnson, CEO and executive director of the Center for African American Health. The nonprofit organization works to improve health outcomes in the Denver-area black community.

For example, African Americans in low-income neighborhoods may find themselves living in a food desert — an area where access to grocery stores with healthy foods is limited. Then comes the issue of the cost of healthy food.

"If you are struggling financially, it's a lot easier to spend a buck on some fries than some fruit,” Johnson says.

"When you have eating patterns that are now understood to be predisposed to chronic disease, and you're trying to get everybody on board to change those patterns, it's going to be harder to change them in a population where marketers are targeting the products that you're recommending against,” she says.

Other causes for health disparities are rooted in history.

"As an African American community, we have suspicion and lack of trust with the medical community,” says cardiac surgeon Jennifer Ellis, chief of cardiothoracic surgery at NYC Health + Hospitals/Bellevue and an adviser to the American Heart Association. Cases such as the Tuskegee Experiment, in which almost 400 black men who had syphilis were left untreated as part of a U.S. government study that lasted from 1932 to 1972, have led some to avoid going to the doctor.

Blacks don't always get the same quality of care as whites, and blacks are less likely to have insurance coverage, studies show.

Behavior, such as a minimal amount of exercise and the fried and rich foods that may be culturally significant but unhealthy, is a factor, Johnson says. In some cases, African Americans may even have a willingness to accept certain health conditions as an inevitable part of aging.

"We've been in this toxic system for so long we look at the outcomes as natural,” Johnson says.

Though some problems require societal interventions, individuals can take steps to reverse the trends:

Focus on the basics. Don't underestimate the power of diet and exercise, says Shawn McClendon, a fitness entrepreneur from Macon, Georgia, who has a podcast called Your Health at the Crossroads .

In addition to filling up on non-starchy vegetables, McClendon suggests looking for informal ways to get fit such as dancing and doing yard work. People with diabetes, high blood pressure or chronic kidney disease should have no more than 1,500 milligrams of sodium a day, the CDC recommends.

Be a proactive participant in your care. Don't just take your doctor's word for everything, Ellis says.

Do your research, ask your doctors why they are recommending a course of action, and don't be afraid to change doctors if you're not satisfied with the answers, she says.

A group of church friends might exercise together, a book club might read a book exploring healthy living, or coworkers might decide to take a class on healthy cooking.

Be open. If you do make a major change that improves your health, let people know about it.

McClendon points to a woman who led her church in participating in the Daniel Fast — a 21-day plant-based food plan based on the Bible's Book of Daniel. The fast prompted a lifestyle change for the woman, and “she lost over 100 pounds as a part of her ministry,” McClendon says. Her success now inspires other church members to do the same.

The key is taking action to learn as much as you can about preventing conditions for which you're at risk, Ellis says.

"No one is going to care about your health more than you,” she says.

Tamara E. Holmes is a Washington, D.C.-based writer whose work centers on the intersection of health, wealth and happiness.

5 key ways to lose weight after 50