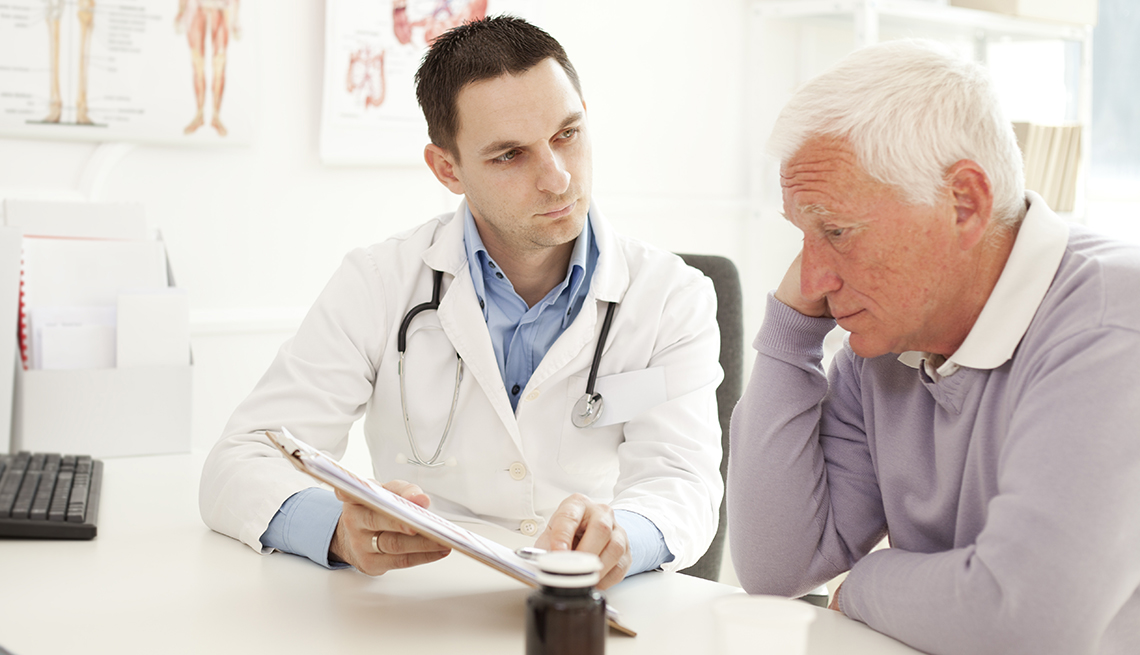 En español | Many of us know a guy who would rather do almost anything else than go to the doctor. A new Cleveland Clinic survey confirms how widespread physician-dodging is among men: Only half of the 1,174 adult men surveyed said they get regular checkups, and 72 percent would rather do household chores such as cleaning the bathroom than go see their doctor.

While lots of women might also prefer a bit of household cleaning over getting their vital signs checked, they are more likely to schedule regular checkups, notes Bradley Gill, a urologist at the Cleveland Clinic involved with the survey — part of the clinic's fourth annual educational campaign called “MENtion It.”

The gender difference, Gill surmises, is in part due to the fact that women “get plugged into the health care system from an early age, seeing gynecologists, and get in the habit of annual visits. Whereas guys, unless something's going on, they may not see a physician until their 30s or 40s for routine screening."

In general, Gill advises men to have a routine check-up every other year in their 30s, and then every year in their 40s and beyond. (Older men surveyed were better about doing so; 74 percent said they had annual physicals, compared with 43 percent of those 35 to 54.) If there's no family history of cancer, screenings for colon and prostate cancer through colonoscopies and PSA tests should begin when men are in their early 50s, with screening frequency depending on the patient's risk level.

Some men just don't like talking about their health, the survey found — even when they do see a doctor. One in 5 admitted they haven't been completely honest with their physicians. Common reasons included embarrassment or discomfort with discussing certain issues and not wanting to be told that they should change their diets or lifestyle. Some said they didn't mention a health concern because they weren't ready to face a troubling diagnosis, or because they didn't want to be judged. One-quarter of men say they've “felt judged” by their doctors.

For older men, says Gill, there is a particular reluctance to discuss erectile dysfunction and urinary problems. These are important symptoms to address, however, since erectile dysfunction can be a sign of other health conditions, including heart disease and poorly controlled diabetes. And while difficulty urinating can be normal as the prostate grows with age, Gill notes, it can also be caused by a tumor; catching it early can be crucial for treatment.

"That's why we really encourage guys to get in and be seen before they have symptoms,” says Gill, who likes to make an analogy to cars when talking to men about their health care: “You rotate your tires, you change your oil ... What you don't want to do is wait until there's smoke coming out from under the hood and the car stops running. The same thing goes for men's health.”