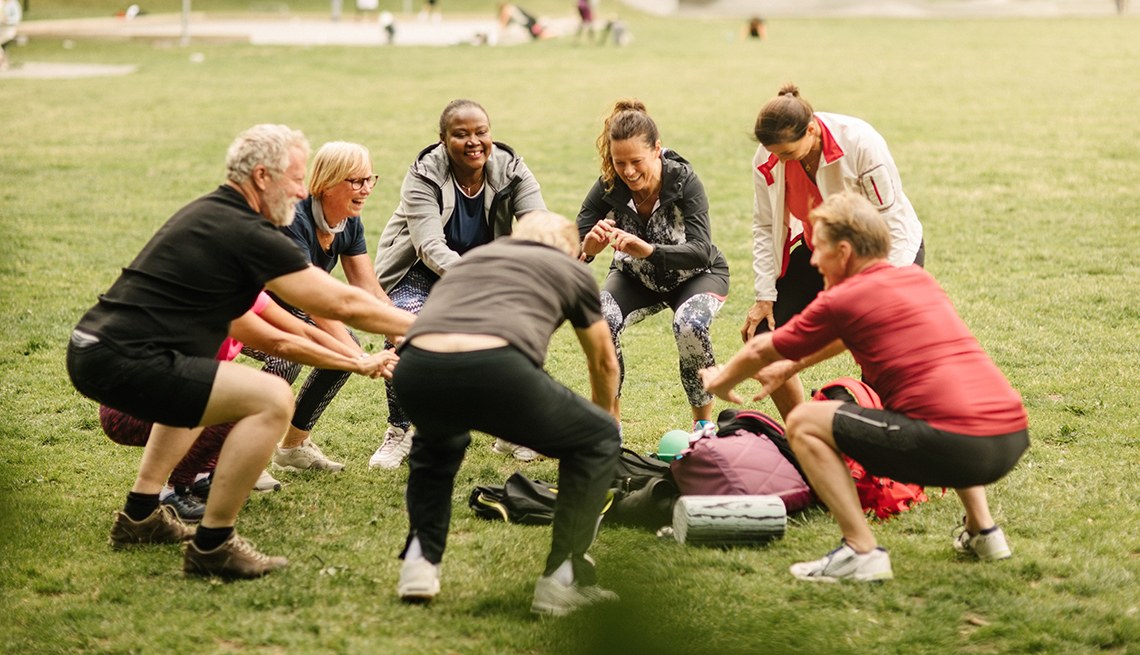 Marci Kenon was shocked when her doctor told her, during a routine exam, that she had prediabetes.

The active 47-year-old always thought of herself as “pretty healthy” — she was studying for her fitness training certification at the time of her diagnosis. What's more, she'd never heard of prediabetes. “Diabetes just hadn't come up for me at all, in any form,” says Kenon, now 54.

Approximately 84 million American adults have prediabetes, a condition in which blood sugar levels are higher than normal but not high enough to be diagnosed as type 2 diabetes. And 90 percent of adults with prediabetes don't know they have it, according to the Centers for Disease Control and Prevention (CDC).

Prediabetes increases a person's risk for heart disease, stroke and type 2 diabetes, which can lead to serious health problems, such as vision loss and kidney disease. Kenon did not take her diagnosis lightly. She enrolled in courses to learn more about it and started keeping track of what she ate. The routine blueberry muffin for breakfast was quick to go.

Taking a look at diet as well as physical activity is one of the most important things to do when a patient is diagnosed with prediabetes, says Stephanie Mayer, assistant professor at Virginia Commonwealth University and a physician in the Hunter Holmes McGuire Veterans Administration Division of Endocrinology and Metabolism. Research shows that changes in nutrition and physical activity that lead to weight loss can significantly reduce one's risk of developing type 2 diabetes.

Kenon has managed to keep her blood sugar levels in check through diet and exercise, and she wants to help others do the same. As she tells it, learning what to do to fend off diabetes is one thing; “making the change is the hard part.”

Now a certified lifestyle coach for the National Diabetes Prevention Program (NDPP), Kenon plans to introduce the yearlong course to her Harlem church in January. Offered to people with prediabetes at community centers, businesses and faith-based organizations nationwide, the CDC-recognized program has resulted in a number of success stories since its launch.

Heather Hodge, senior director of evidence-based health interventions at YMCA of the USA, says that, on average, more than 67,000 people who have gone through the program at over 240 YMCA locations that offer it lost 5.7 percent of their body weight and increased their physical activity to 164 minutes per week.

Anita Dandeker, who oversees the NDPP at the YMCA of Metropolitan Washington, D.C., likens the program to a support group. “We don't tell people what to do; we help them decide for themselves on choices that work best for them,” she says.

Often the support extends beyond the sessions. “We have seen participants use group chats and texts to communicate outside of the sessions, and follow up with each other about action steps and meeting goals,” adds Liz Rhee of the New York City Department of Health and Mental Hygiene, which has helped promote the NDPP in faith-based settings. Others, she says, meet up to walk together.

Adults enrolled in the NDPP, most of whom are between 45 and 65, learn everything from how to make healthy choices while eating out to how to identify fat in foods. The cost of the yearlong program varies (it's $429 at the YMCA of Metropolitan Washington, D.C.), but Dandeker says insurance may cover part of it.

Many are referred to the NDPP by their doctors; others find out about it by word of mouth. A short online quiz from the CDC lets you know if you may qualify.

Lower your risk for prediabetes

In addition to making healthy lifestyle changes, Mayer says people concerned about prediabetes should consult their doctors and pharmacists to see if any medications they are taking could be causing weight gain, since being overweight is a risk factor for the condition. Common culprits include certain beta blockers that treat high blood pressure and heart failure, and medications used for seasonal allergies. “A lot of my patients put a lot of effort into their diet, their lifestyle,” Mayer says, “and if they're on a medication that's tripping them up, it seems like it would be important to think about.”

Cutting out sweetened beverages is another way to lower your risk for prediabetes. For a zero-calorie drink, Mayer likes to flavor a pitcher of water with spices — try a cinnamon stick or shaved ginger root.

Finally, ask your doctor if you should be tested for prediabetes. People with a family history of type 2 diabetes and women who have had gestational diabetes are at increased risk for the condition. So are adults 45 and older. An early diagnosis means there's time to prevent further complications.